The traditional stop on the World Cup calendar will host Individual and Vertical races this weekend.

Arinsal (Andorra), 20 January 2022 – After a month’s break, the WÜRTH MODYF ISMF World Cup is finally back. After the Morgins stop was postponed, the third round of the circuit will take place at a traditional location for skimo: Arinsal, in Andorra, offers a classic weekend combination of Individual and Vertical.

A total of 20 nations from five continents will race in Andorra, with athletes from Australia, Azerbaijan, Chile and Colombia making their debut this weekend.

The weather was unpredictable in the last days before the race. Recent snowfalls saved the situation, but strong winds caused problems. The forecast for Saturday’s Individual race also calls for strong winds.

Not long climbs, fast descents and a packed starting field in both categories will guarantee that the race will be interesting until the last meters.

Saturday’s Individual race will start at 9:30 CET with the Women’s category. In Ponte di Legno, Axelle Gachet-Mollaret (France) won the opening Individual of the season and will be the woman to beat tomorrow. It will be interesting to watch the duel of the leading trio of the overall World Cup standings – Célia Perillat-Pessey (France, leader of the World Cup), Giulia Murada (Italy) and Emily Harrop (France).

On the men’s side (start at 10:30 CET), it’s hard to point to one name as the biggest favourite. Rémi Bonnet (Switzerland) won in Ponte di Legno after a tight battle with Davide Magnini (Italy) and the track in Andorra could suit them as well. On the other hand, current overall leader Thibault Anselmet (France) is in top shape and will want to continue his chase for the Crystal Globe in the best way possible.

All eyes will surely be on Italy’s top guns Michele Boscacci, Robert Antonioli or Matteo Eydallin. With the absence of some sprinters, the Top 10 of the World Cup will be mixed up after Saturday.

Who will stop Bonnet and Gachet-Mollaret?

Vertical in Andorra has been on the calendar for many years. Just over 700 vertical metres over 3.2 kilometres with zig-zags at the start and a steep second half. All the competitors know every inch of this course, but the strong winds expected on Sunday could make the race even more difficult.

Rémi Bonnet and Axelle Gachet-Mollaret won the 2021 World Championships title on this course. Bonnet also won dominantly last year, but Gachet-Mollaret finished second behind Tove Alexandersson of Sweden. In her absence, however, the French machine is the undisputed favourite for Sunday’s race.

Sunday’s Vertical will also be streamed. You can watch the race from 8:40 CET on TV.ISMF-SKI.ORG.

The weather has been affected by strong winds since Friday, which low temperatures will complement during the race days. Therefore, for the safety of the competitors, the provisional start times may be postponed or changes to the route will be made. Big kudos to the organisers and all the volunteers for their hard work.

You can watch the Vertical race on Sunday from 08:40 (CET) live on TV.ISMF-SKI.ORG. 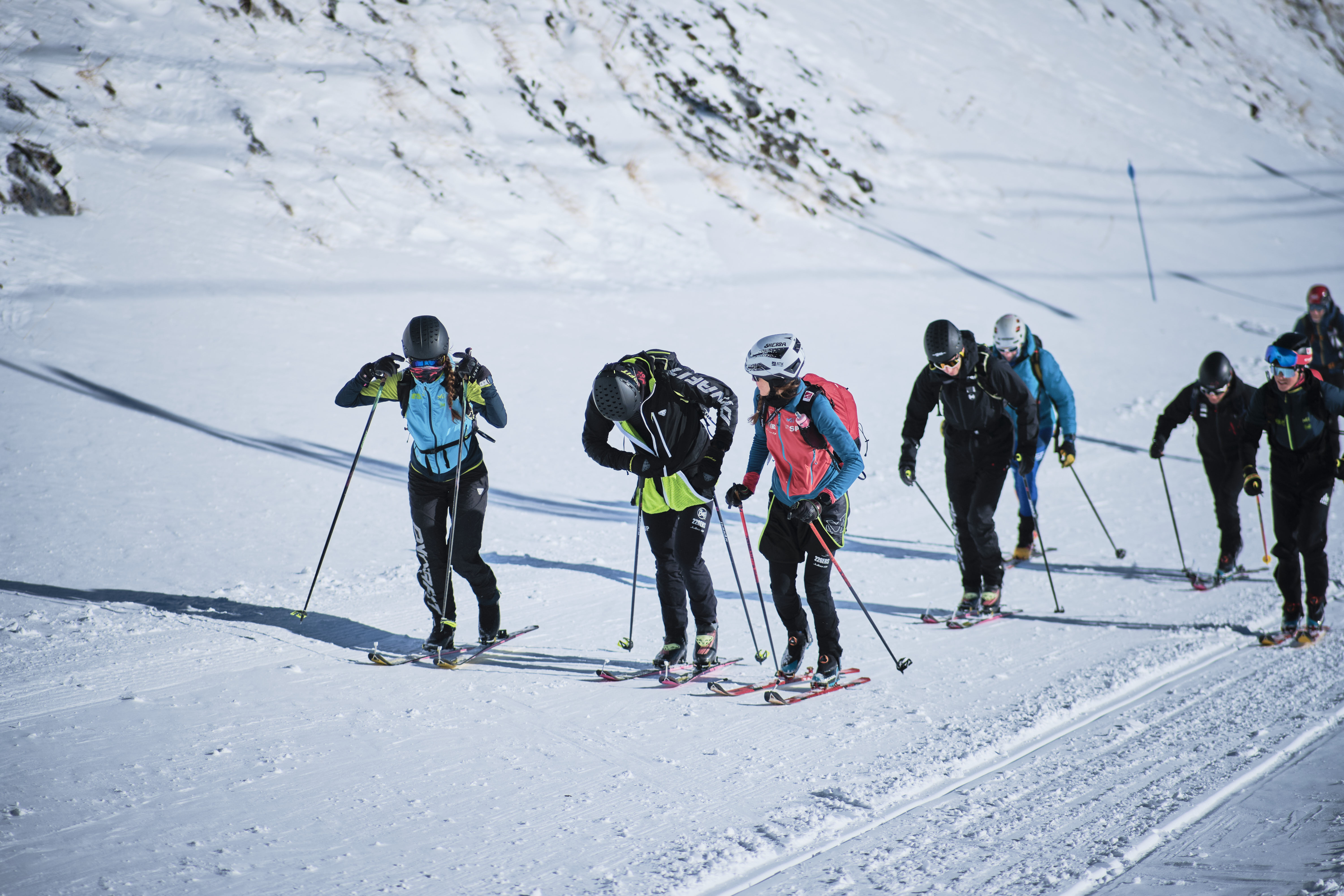 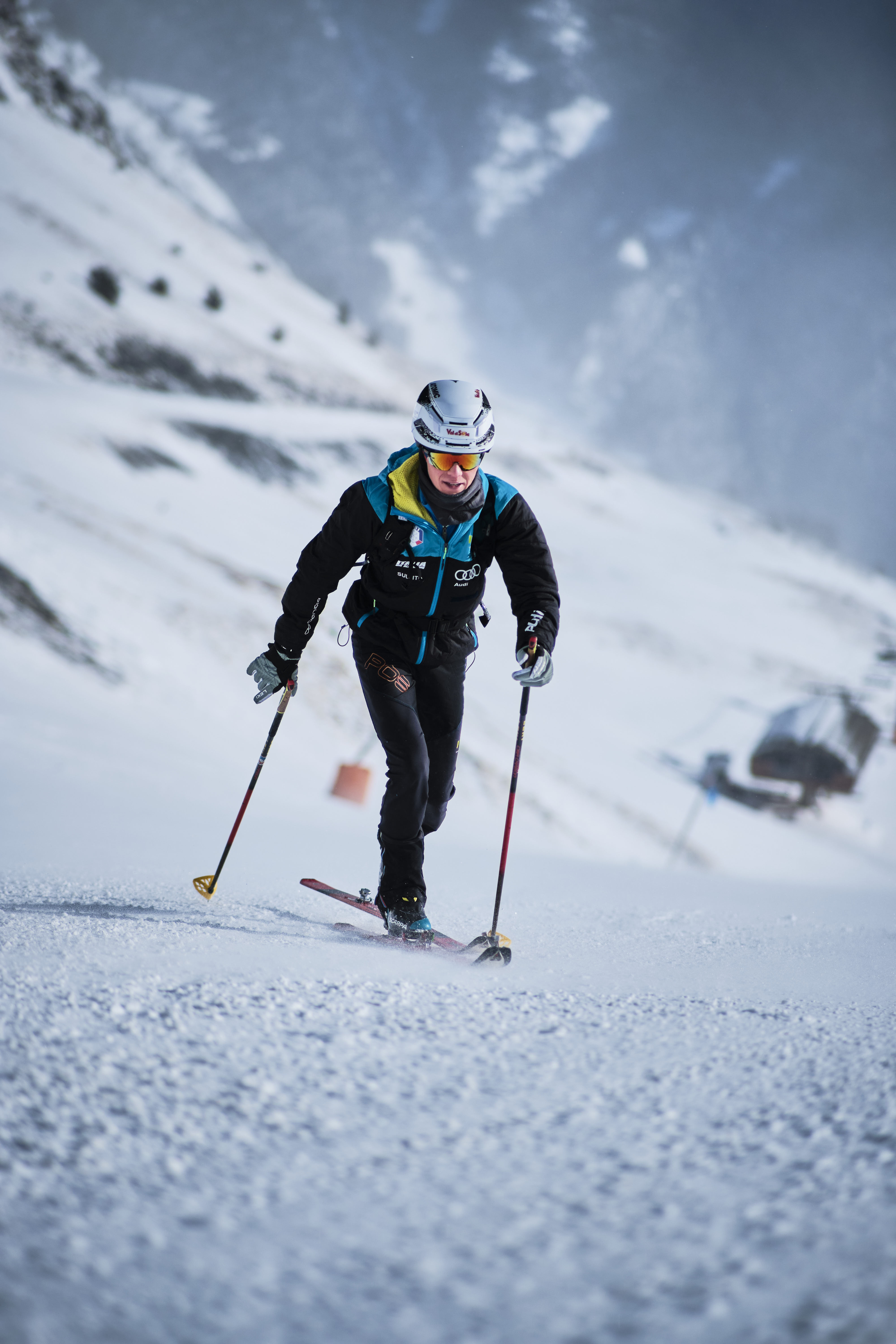 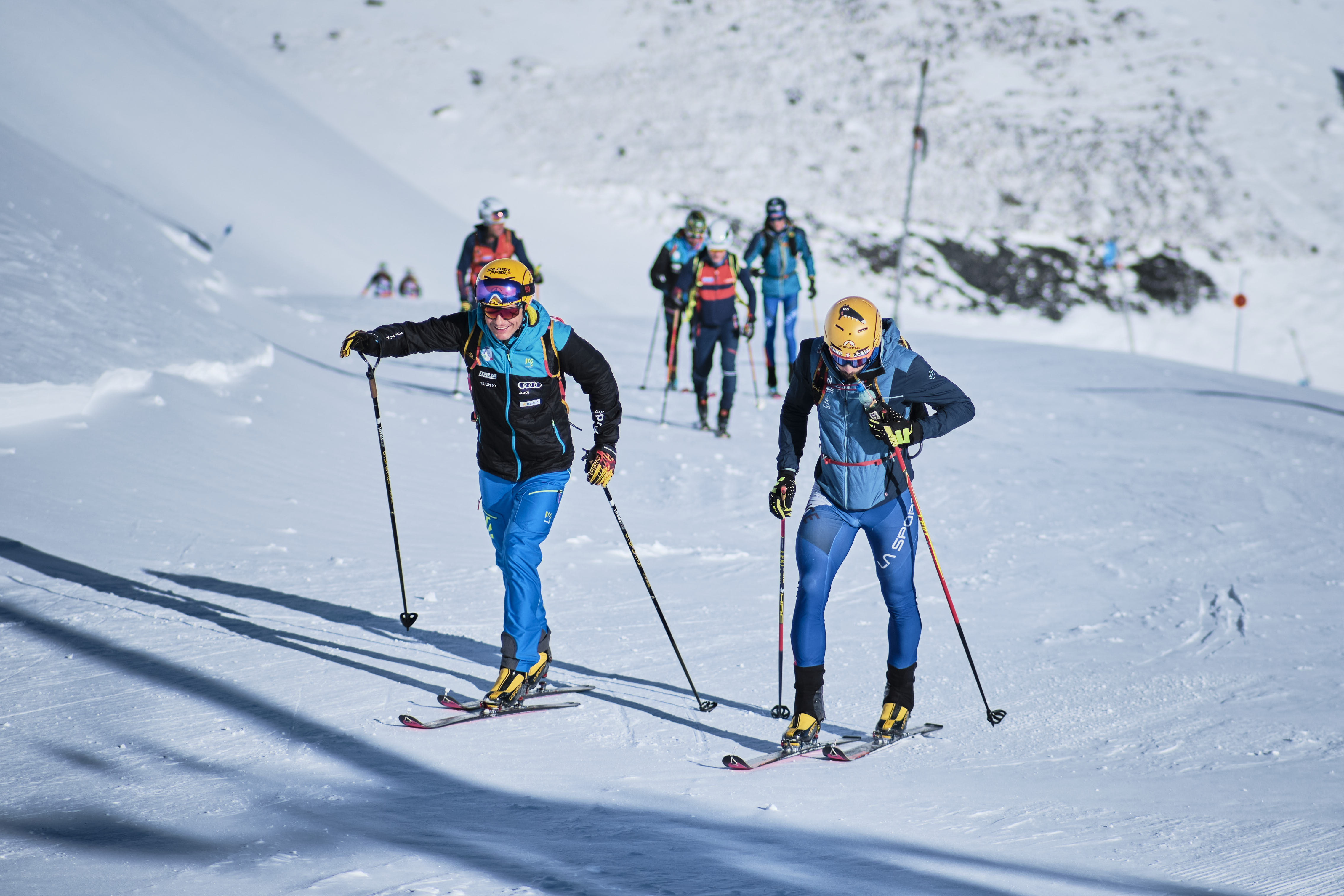 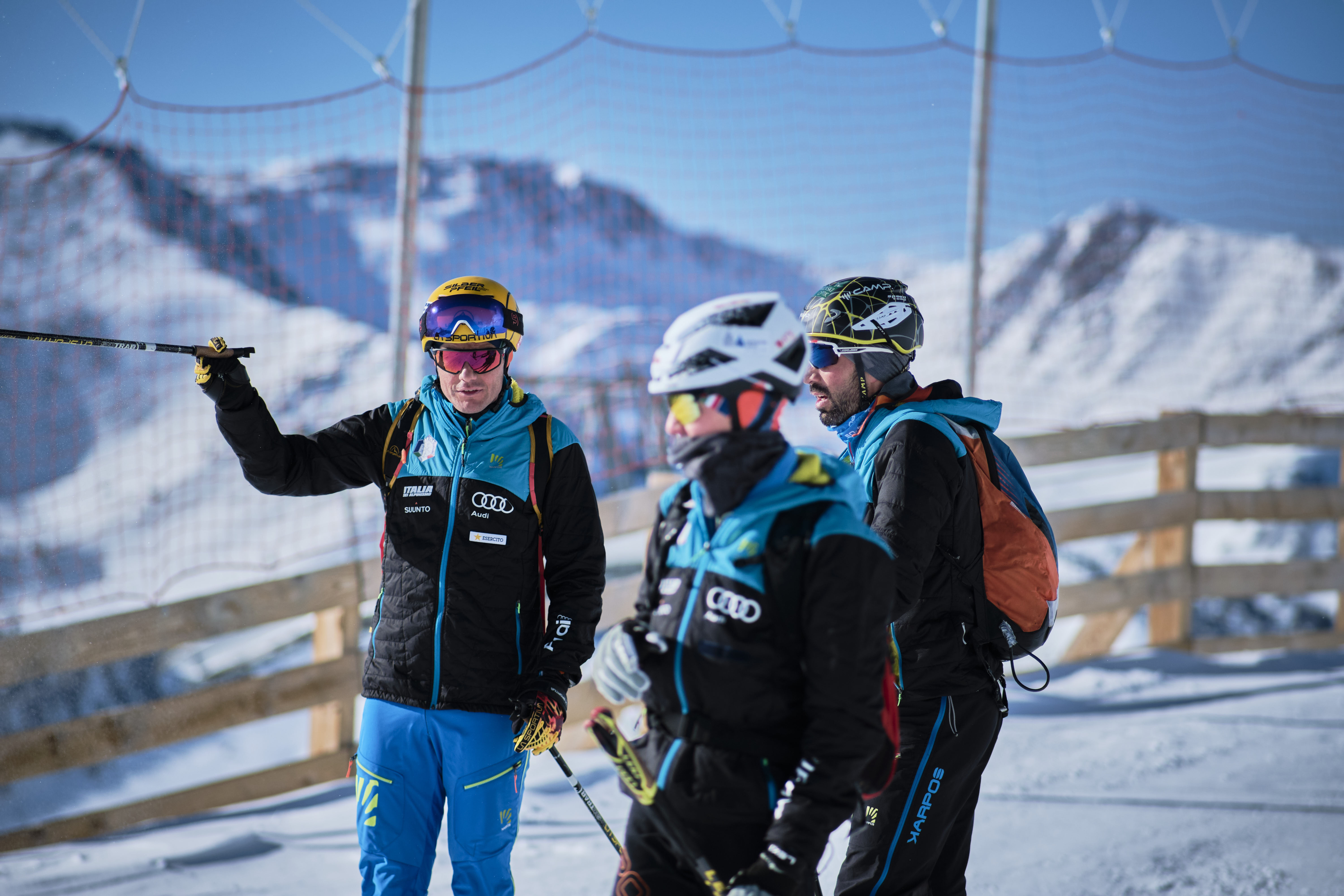 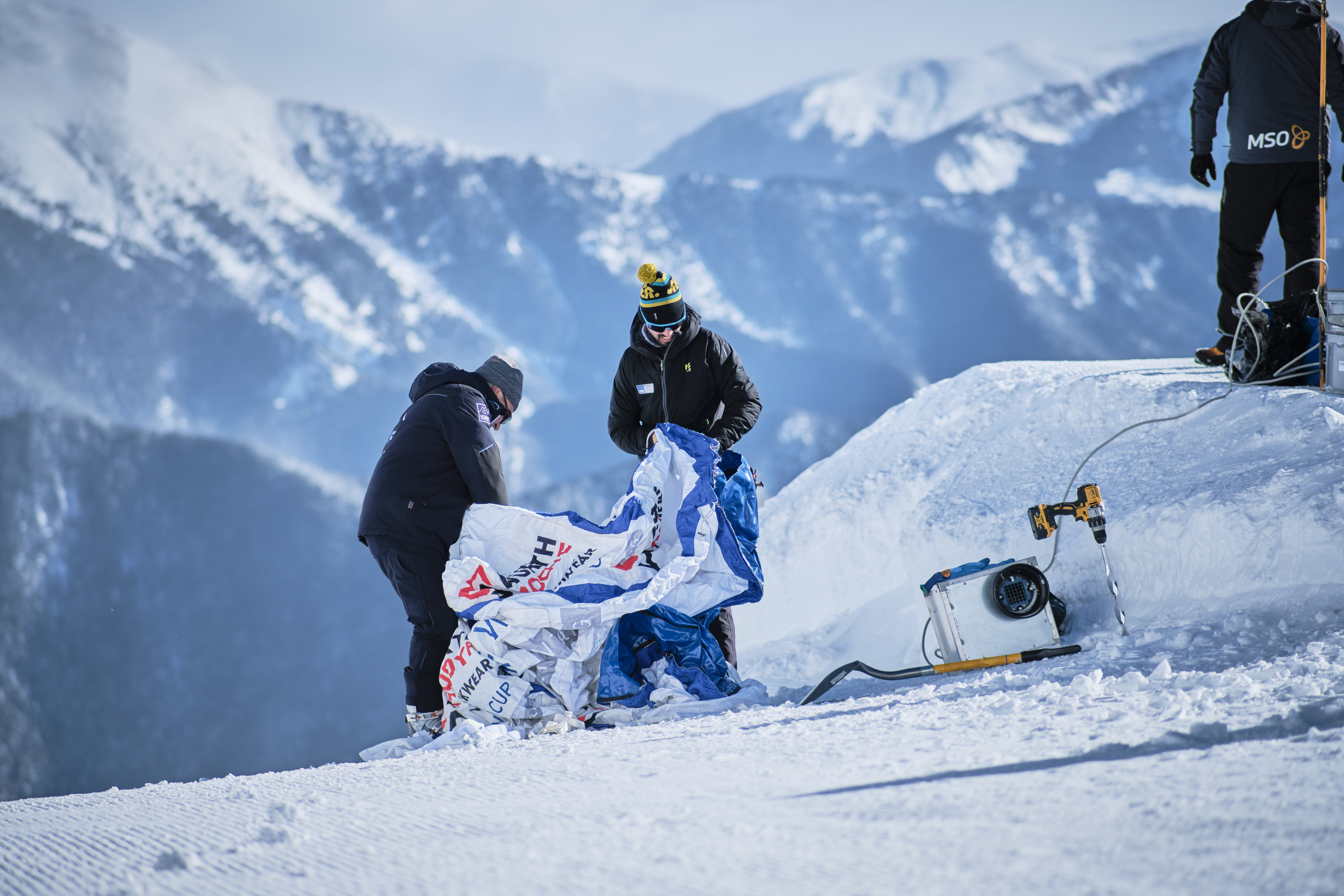