Tomorrow's Sprint race will kick off the new season

Tomorrow’s Sprint race will kick off the new season

The new WÜRTH MODYF ISMF World Cup season starts in Val Thorens. The French ski resort will host a Sprint race and Mixed relay. 84 athletes from 13 nations have been registered for the opening race of the season.

Lausanne, 24 November 2022 – The wait was long, but it’s over. Tomorrow morning the men and women will line up for the sprint race in Val Thorens to get this year’s WÜRTH MODYF ISMF World Cup season underway. The action will continue on Saturday afternoon with Mixed relay qualification. The finals will be on Sunday morning.

The earliest start of the season in the history of the ISMF World Cup will bring big action right away. Sprints on a fast track promise an exciting duel for the first triumph of the season. The biggest favourites in the men’s starting field are reigning European champion Oriol Cardona Coll (Spain) and winner of the Sprint World Cup 2021/22 Arno Lietha (Switzerland). Cardona Coll is aiming high in the overall standings, so he will want to start the mission with a decent result.

All eyes will be on home star Thibault Anselmet who finished second overall twice in a row. The 2019 World champion Iwan Arnold (Switzerland) can also speak in the battle for the win, as well as the Nicolo Ernesto Canclini of Italy. The race’s dark horse could be Hans-Inge Klette (Norway), third in last year’s Sprint World Cup.

Reigning World Cup winner Emily Harrop (France) will be the one to beat in the women’s Sprint race. The best sprinter will want to defend her status and follow up on last season. European champion Marianna Jagerčíková won one World Cup Sprint last year and had some exciting battles with Harrop the previous year. Slovak No 1. had a good offseason and is motivated to fight again this year.

There are several candidates for the final of the women’s race: Giulia Murada and Mara Martini of Italy, as well as the French duo Célia Perillat-Pessey and Léna Bonnel. In addition, Iwona Januszyk (Poland) and Déborah Marti (Switzerland) were also one of the top sprinters of last season.

It will be interesting to watch the return of Marianne Fatton (Switzerland), who, until the break, was considered the best in this discipline.

Premiere of the new discipline

The mixed relay will debut on the World Cup circuit in Val Thorens. National teams will be composed of one man and one woman. Saturday afternoon qualification will decide who will compete the following morning in the finals.

Mixed relay is on the programme of the Milano-Cortina Olympics 2026. Therefore, this World Cup stop can be compared to the Olympics as the programme and disciplines are the same.

You can follow the race from 10:35 (CET) live on TV.ISMF-SKI.ORG.
Start list of the sprint race HERE.

Emily Harrop, winner of the WÜRTH MODYF ISMF World Cup 2022/23, said: “I’m feeling good. Maybe missing some hours on the skis, but all in all, the form is okay. It’s really exciting to be racing at home. Family and friends should be coming so I’m really looking forward to that. I hope to get back into a good rhythm and get the race feelings back this weekend. The sprint track is really interesting, with flat and steep pitches. It’s going to be intense!”

Josef Gruber, ISMF Sport & Events Manager, said: “We are delighted to start the new season here in Val Thorens. The race venue is perfect for sprint and mixed relay races. The LOC did a great job of hosting an amazing World Cup weekend. This weekend will be pretty similar to the Olympic Games in Milano-Cortina 2026. Thus it’s a great experience and test for the athletes as well.” 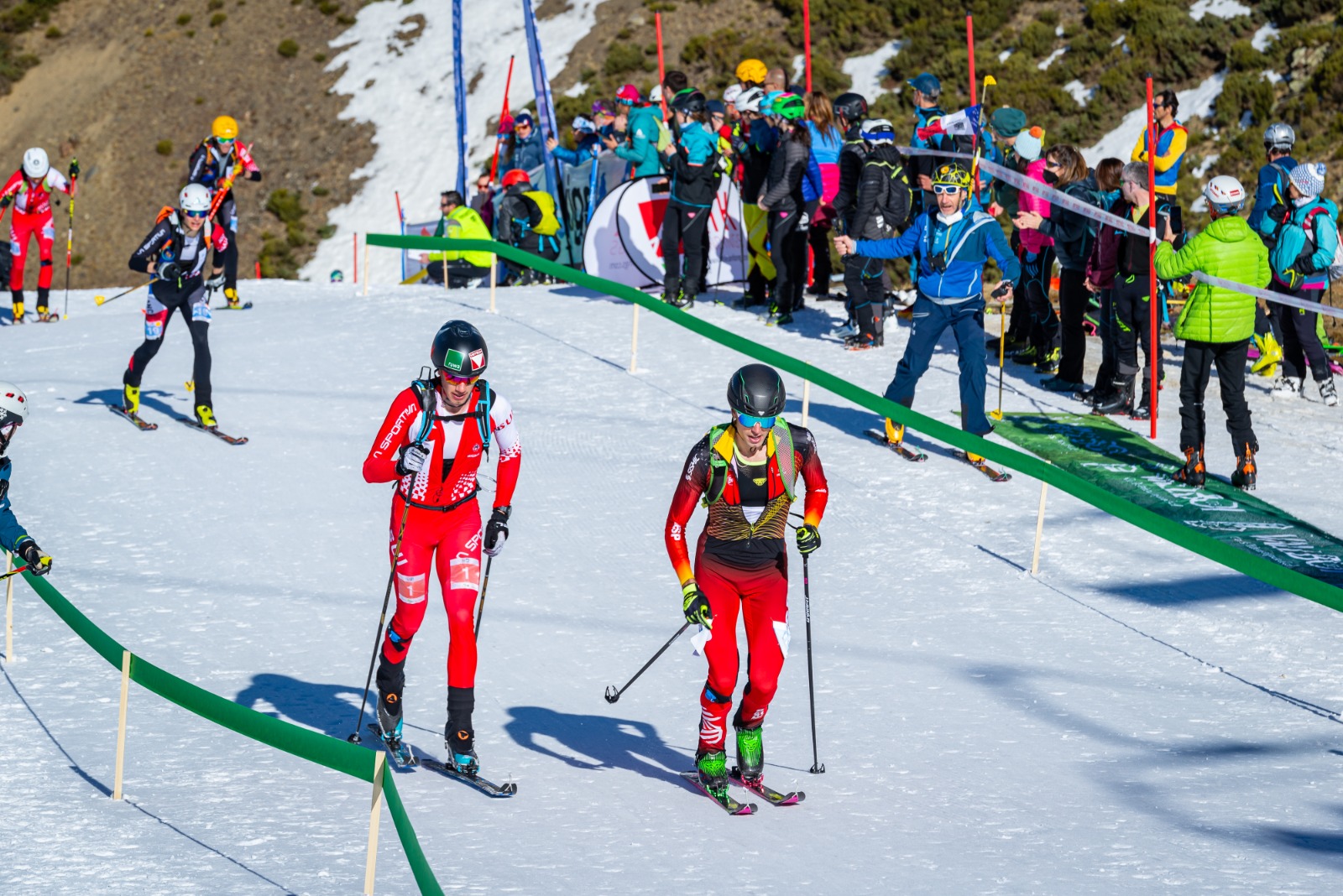