The wait is over! A new season is about to begin, and it will be a historic one

The wait is over! A new season is about to begin, and it will be a historic one

The 2022/2023 season starts this Friday in Val Thorens, France and will finish mid April in Tromso, Norway. The calendar is full of competitions, from ISMF World Championships to ISMF Youth World Cups.

Lausanne, 22 November 2022 – The summer is over, the snow has come not only to the Alps, and this means that the new season of the best ski mountaineering action is here. This year’s ISMF circuit offers many races and a long and busy calendar across all age categories. So let’s see what’s in store for this winter! Buckle-up, it will be an exciting year!

Seven World Cup rounds in six countries
The WÜRTH MODYF ISMF World Cup 2022/23 season will go down as the longest ever. Kicking off for the first time in November and spans 141 days. In addition to traditional countries, such as France, Switzerland, Italy and Andorra, the World Cup circuit will return to Austria and Norway after a few years stop. This season, the circuit will have events in six different countries.

Points will be distributed in six sprint races, five individual races, and four vertical races. We will also see the new Olympic discipline – mixed relay, making its debut on the World Cup circuit. However, the points gained in the relay won’t count toward the overall ranking.

World Championships back in Spain
Every odd year in the ski mountaineering world is associated with the ISMF World Championships. Unfortunately, the Covid-19 pandemic marred the World Championships in Andorra, and non-European countries could not participate due to travel and safety restrictions.Following the fantastic event and delivery of last year’s European Championships, this year’s World Championships will be held in the same ski resort, Boí Taüll, Spain. In 2004, Val d’Aran hosted the second-ever ISMF World Championships. It means that the most important event on the calendar will be back in Spain after 19 years.In partnership with the La Grande Course circuit, the World Championships Long Distance Team will be a part of Adamello Ski Raid. With start and finish in Ponte di Legno, the elite athletes will fight for another set of medals on a long and technical course in the heart of Trentino.Last but not least, the third event with the title of World Championship will belong to the ski mountaineers aged 35+ years. At the end of March, the Chopok area in Slovakia will hold the Masters World Championships.
Future stars have their own circuit
The ISMF proudly shared the exciting news at the beginning of August. The youngest ski mountaineering athletes will compete from this year in three events strictly dedicated to them. Athletes from the U20 and U18 categories can compete in all races of this Youth World Cup Circuit, while only the last stage will be open for U16 athletes.Those competitions are open to athletes from all ISMF National Federations. In addition, national ski clubs will also have the opportunity to participate in the races of this particular circuit.Ski mountaineering will make its debut at the European Youth Olympic Festival in January 2023. 17- and 18-year-old athletes will get the opportunity to race for the medals in a major international multisport event.This season you will also be able to watch selected races on tv.ismf-ski.org. Starting this week with live from Friday’s (sprint) and Sunday’s (relay) race in Val Thorens, France.
Regula Meier, ISMF President, said: “All the skimo family is delighted with the season that is just about to begin. We are working a lot towardds the Olympic debut of our sport, and this year we will show the world how incredible our athletes are. I want to thank all the local organisers of the events, sponsors and volunteers for their tireless effort in delivering these events. It is only with the support and hard work of all these great partners that we are able to put together such events and such impressive stages for our athletes to perform on. I wish all the athletes the best of luck in reaching their goals, whatever they may be. And for those of you that won’t be able to come to our venues, you will be able to watch the races on TV.ISMF-SKI.ORG.”
About the ISMF
Founded in 2007, the International Ski Mountaineering Federation ISMF is the global governing body for ski mountaineering competitions. Since 2016, the organization is officially recognized by the International Olympic Committee IOC. Its main goals are the promotion, regulation and development of the ski mountaineering sport worldwide. Based in Lausanne, Switzerland, the ISMF’s membership consists of 44 national mountaineering or ski sports federations in Europe, Asia, Oceania and the Americas. The ISMF organizes ski mountaineering World Cups events and World Championships. For the first time, ski mountaineering has been a medal sport at the 2020 Youth Olympic Games in Lausanne Switzerland and has recently been included in the programme of the Olympic Winter Games Milano Cortina 2026.
Follow us live on:
TW @ISMFSkimo
FB @ismf.ski
IG @ismf_skimo
YT @ISMFSkimoISMF Press Office
press@ismf-ski.org
federal_press@ismf-ski.org 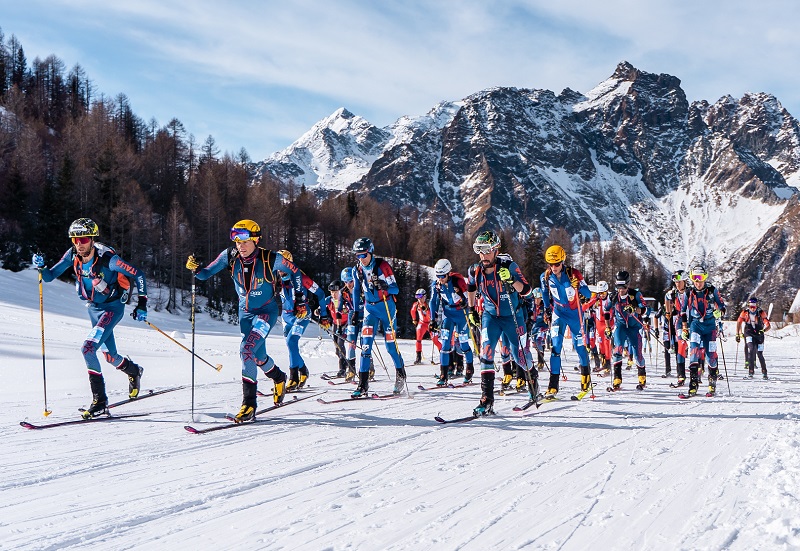