Lausanne/Mondovì, 4 August 2022 – The ISMF competitive season 2022/23 has been filled with exciting new events. The youngest ski mountaineering athletes will compete in three events strictly dedicated to them, to be held in February and March 2023.

The countries involved in the first edition of the unprecedented race circuit called ISMF Youth European Cup will be Italy, Switzerland and France. From around mid-February until the end of March 2023, they will host three events aimed exclusively at ski mountaineering athletes of U20 and U18 categories, while the final stage will be open to U16 competitors as well.

Athletes belonging to national ski clubs will also have the opportunity to participate in the races of this particular circuit.

The ISMF would like to specify that the aforementioned competitions are open to athletes from all ISMF National Federations, including non-EU, even if the term “European” appears in the official name of the circuit. The reason for this mention is that, at least for the first edition, the events will only be held in European countries.

Even if the calendar 2022/23 for the ISMF Youth European Cup is now official, the ISMF reserves the possibility to make changes due to unforeseen circumstances.

The calendar for next season is available on the ISMF website at any time. 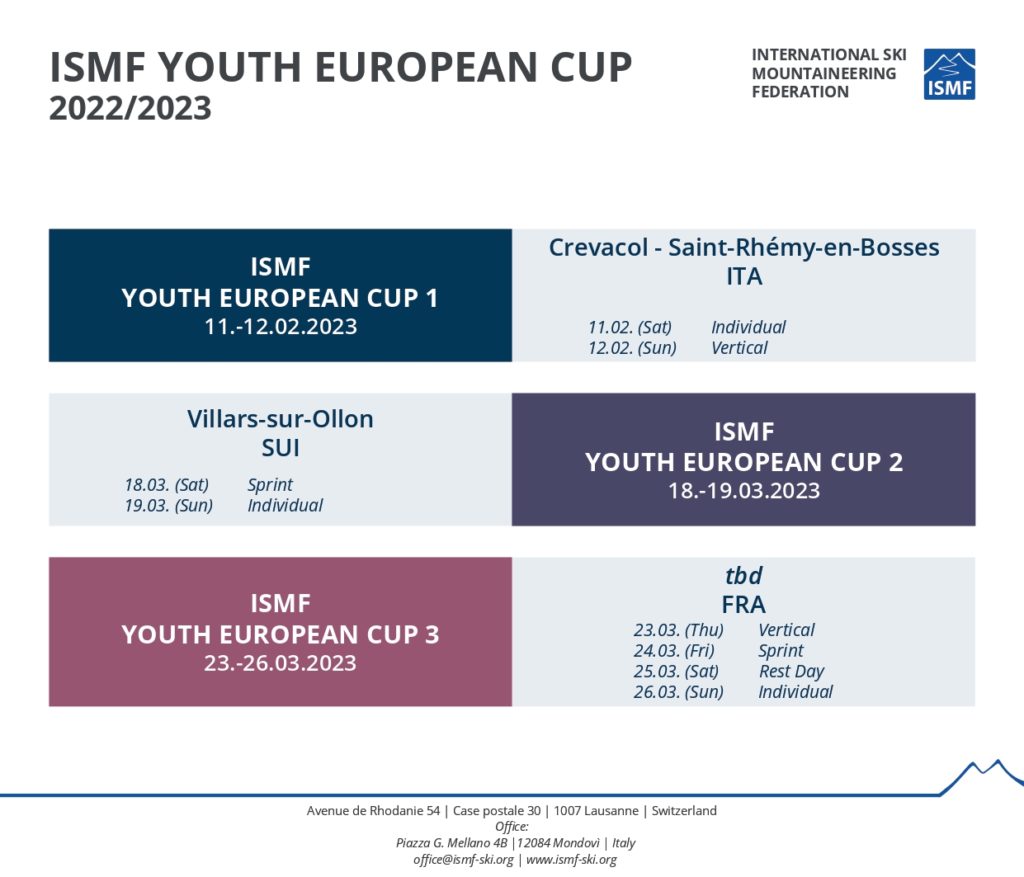