The Adamello World Cup has staged today the first competition 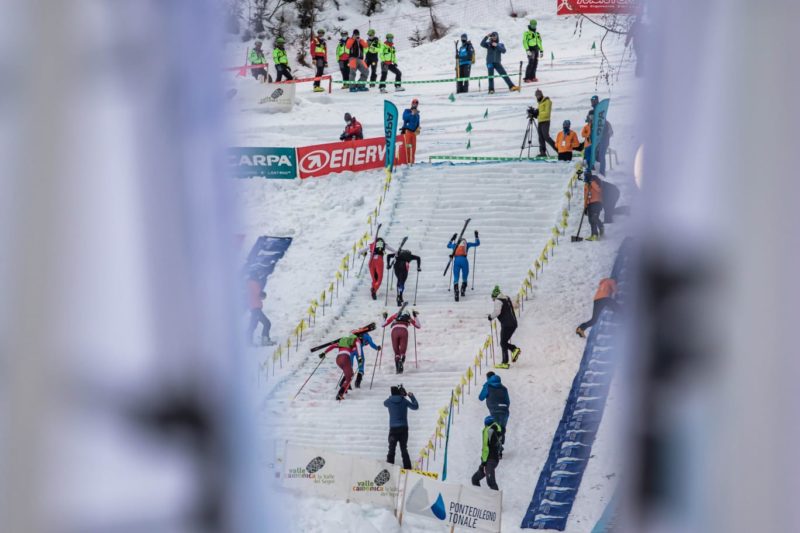 Lausanne/Mondovì, 19 December 2020 – The night of Pontedilegno-Tonale, Italy, lit up to host a world premiere for this location, the ISMF World Cup. A two-day international event has been organised by the Adamello Ski Team, debuting with the today’s Sprint race held near the parterre of the Corno d’Aola slope, counting a total of 264 athletes from 14 national federations. Qualifications, heats, semi-finals and finals took place with the Swiss athletes as absolute protagonists, except for the most expected challenge, the Senior Men one, where the fastest and most strategic has been the French Thibault Anselmet. Among Women, the success was for the current Overall World Cup holder Marianne Fatton (SUI), unstoppable since the qualifications, and the same has been for her teammate Caroline Ulrich for the U20 Women category. The Spanish success arrived in the men’s field thanks to the explosive Ot Ferrer Martínez belonging to the same category.

It dealt with a decidedly spectacular prologue to the 2020/2021 ISMF World Cup and a competition field particularly suitable to the Sprint discipline, with a significant verticality in the final stretch of the ascent including many inversions and stairs in the snow, where the values ​​on the field have emerged since the qualifications. 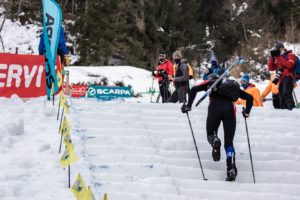 The finals of the Senior category have been fought until the last minute. Among Women, the favourite Marianne Fatton did not betray to the expectations, managing to precede the Spanish Marta Garcia Farres and the French Léna Bonnel at the finish line. For the Italian team there have been Mara Martini and Giulia Murada, who has arrived first among U23.

Regarding the Men, after dominating his semi-final, the French Thibault Anselmet was able to manage his energy and to launch the decisive attack on the stairs, distancing the Swiss Arno Lietha and the more far away Robert Antonioli from Valtellina (ITA). That was too bad for the specialist in this discipline Nicolò Canclini, who has broken a pole at the start, losing some precious seconds. Later, he recovered the gap concluding his performance in fourth position.

The rankings of the U23 category, as per the ISMF regulations, have been extrapolated from those of the Senior. As anticipated, Giulia Murada from Albosaggia has won, preceding the French colleagues Marie Pollet Villard and Manon Anselmet. The male classification, instead, has confirmed the victory of the Swiss Arno Lietha, followed by the Italian Giovanni Rossi, recalled in a hurry to the starting gate of the final round after the disqualification of the Spanish Oriol Cardona Coll. At the end the bronze has been awarded to the Swiss Patrick Perreten.

The gold medallist for the U20 Women has been Caroline Ulrich (SUI), with the Italian Lisa Moreschini and the Spanish Maria Costa Diez respectively in second and third position. Ot Ferrer Martínez (ESP), Rocco Baldini (ITA) and the transalpine Rémy Garcin have got the relative male podium.

Tomorrow morning the second part of the two-days of the ISMF World Cup in Pontedilegno-Tonale will be held with the scheduled Vertical race. At 10:00 the U20 female category will start in Valbione (1500 m od difference in altitude), followed by the contemporary male athletes starting from Pontedilegno (1250 m) at 10:15. The Seniors and U23 Women will have the start at 11:00, while the Seniors and U23 Men at 11.30, with the arrival for all three categories at 1933 m in the locality of Corno d’Aola.

The winning Senior Women, Marianne Fatton (SUI), at the end of this hard competition day, says: “I am very happy to have won today’s race, after many months without possibility to compete. I trained a lot and I think that the victory is the perfect way to be repaid of my efforts. I hope to continue in this direction for the whole 2020/21 season”. 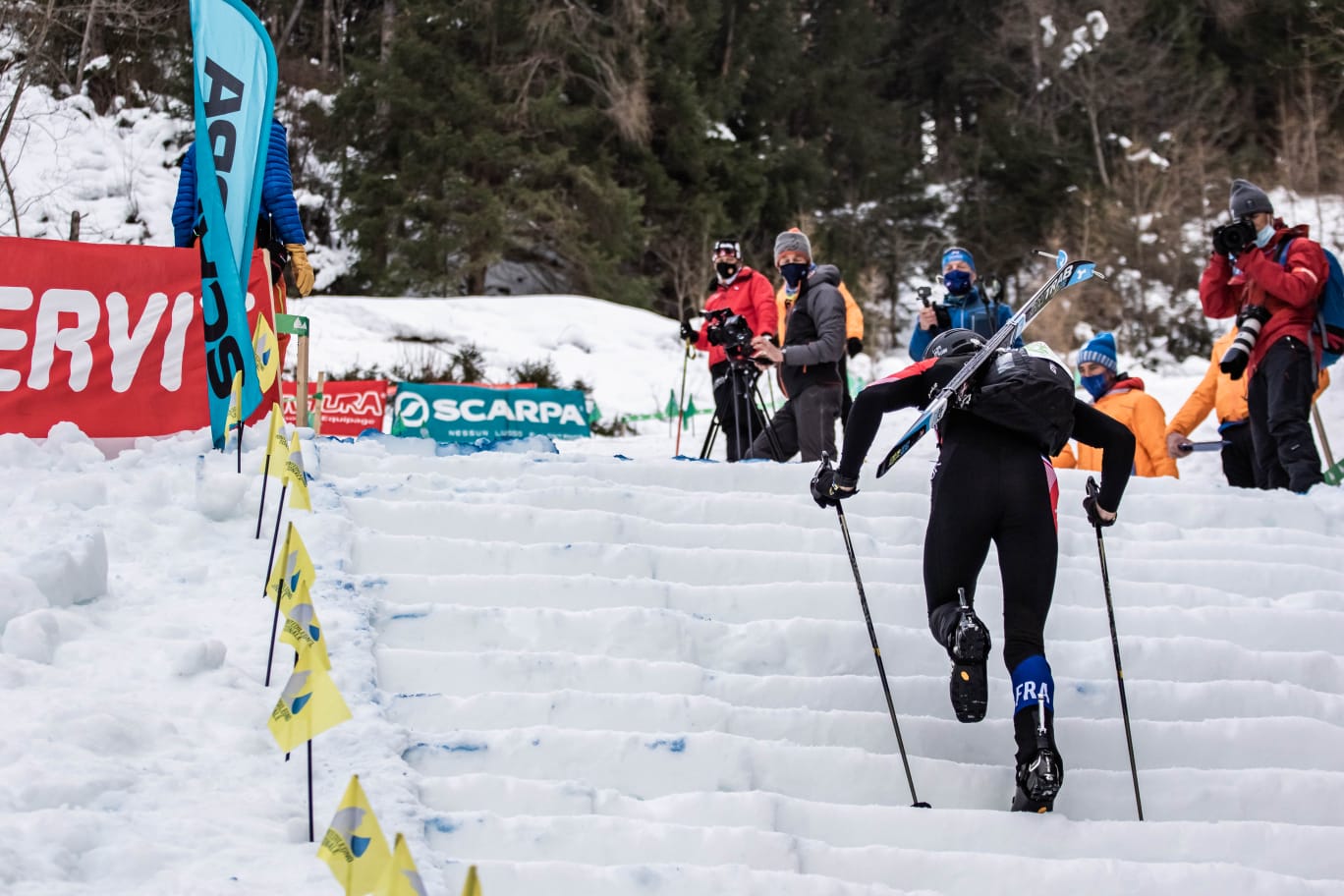