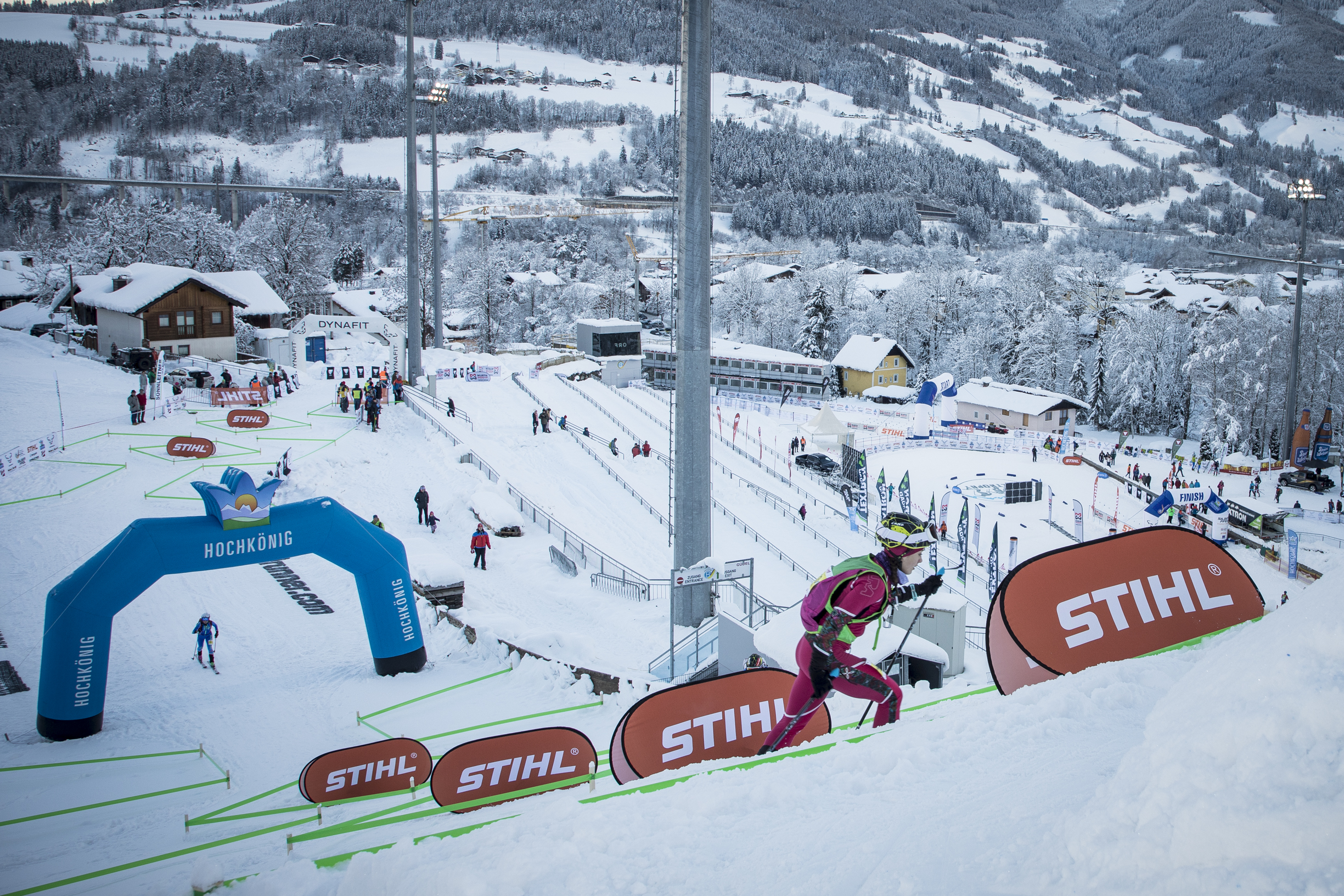 Lausanne 18th January 2019 – Spectators of the great occasions, a lot of snow and vertiginous slopes that reach peaks of 48% were the ingredients of the first Sprint race of the ISMF World Cup. In front of about 2000 people, the élite of the Skimo challenged each other in an exciting afternoon on an ad hoc track designed on the Paul Ausserleitner hill in Bischofshofen. It is a sacred temple of ski jumping and the final stage of the “Four Hills Tournament” circuit.

The Swiss Iwan Arnold and the Italian Nicolò Ernesto Canclini took respectively the 2nd and the 3rd position on the Senior Men’s podium. For the Italian Robert Antonioli it was certainly a success achieved with a tightrope overtaking on the last bend which raised a real roar among the large audience present.

Among Senior Women the young Swiss Marianne Fatton showed to be very strong in the Sprint race where she overcame the Spanish Claudia Galicia Cotrina (2nd place) and Marta Garcia Farres (3rd place).

There were 111 racers from 16 different Nations on the starting blocks of the beautiful Austrian ski resort that showed its best under a picturesque white blanket just for the occasion. Athletes in the Junior categories were the first to race. After qualifications, the finals were conquered by Patrick Perreten (SUI) and Samantha Bertolina (ITA).

In the middle of the afternoon spotlights were on the Seniors who competed on same race format with qualifications on a circuit of 600m whose 70 of positive difference in height. This was a real compressed version of Ski mountaineering with passages in the diamonds, part on foot, changes in direction and a very steep descent going down straight for the arrival. After a first day of intense pulsing, a rest day will be granted to the athletes in view of the Individual race on Sunday.