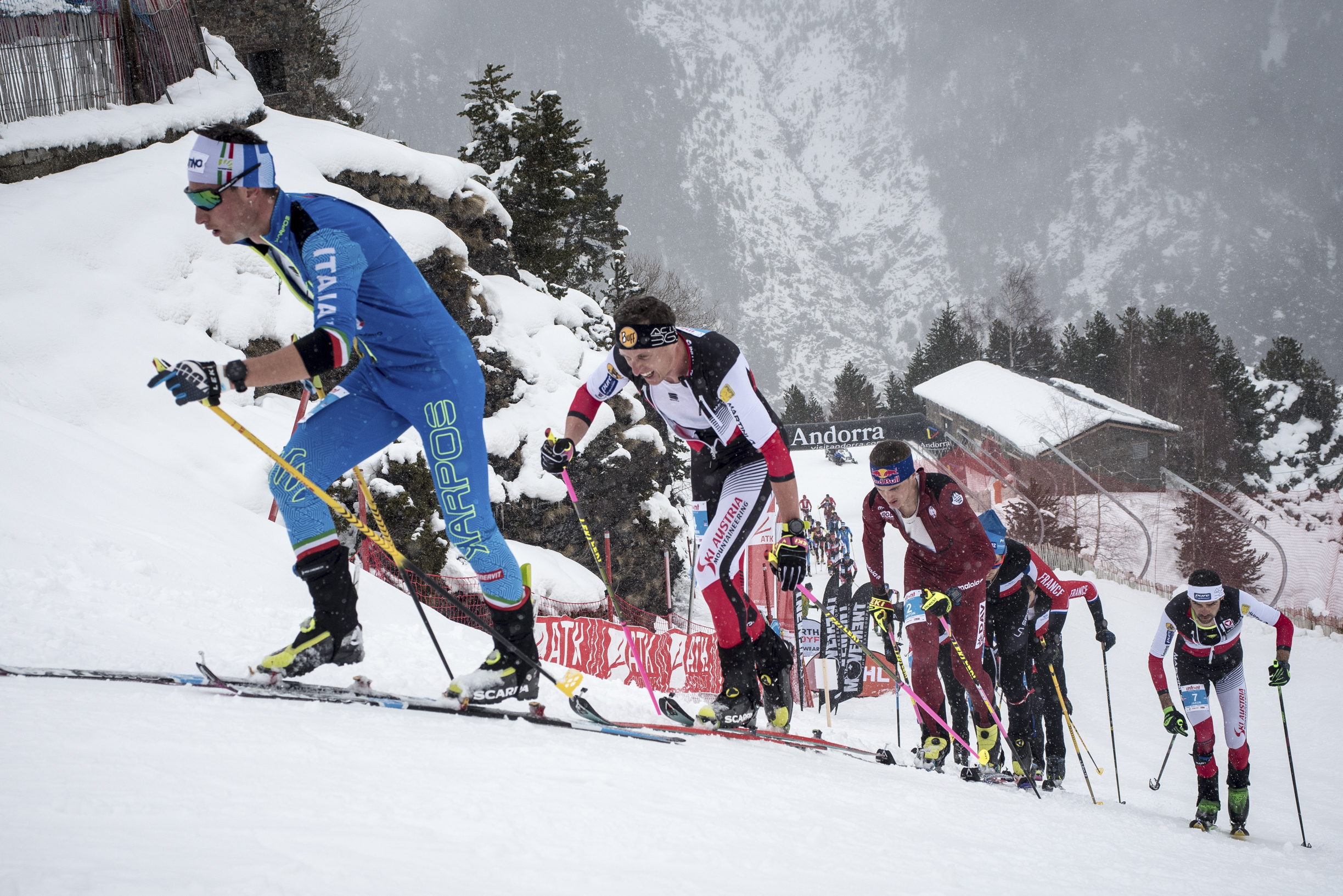 Aurélien Gay and Grace Staberg triumphed among Juniors, while Davide Magnini and Emily Harrop in the Espoir category

Lausanne, 26th January 2020 – Robert Antonioli (ITA) and Victoria Kreuzer (SUI) have won the Vertical race in Arinsal, writing down the best performances ever with the times of 26’36” (Antonioli) and 31’56” (Kreuzer). Regarding the other victories, Aurélien Gay (SUI) and Grace Staberg (USA) were the best athletes among Juniors, whereas Italian Davide Magnini and French Emily Harrop excelled in the Espoir category.

The winning formula did not change. At ComaPedrosa it is possible to challenge oneself referring to the times recorded in previous years. The format, as usual, has included the Open race. In the middle of the morning the competitors of the first race and the large audience gathered on the track to cheer on the skimo “élite”. The Seniors (Men and Women) and the Junior Men faced an altitude difference of 720 metres while the Junior Women started a little higher, facing 420 metres of positive height difference.

In the Women’s race, last season’s Vertical World Cup winner, Swiss Victoria Kreuzer, not betraying the expectations, immediately started with an accelerate rhythm chasing on a wild Ilaria Veronese (ITA). Once she has gained the head of the race, she has never lost it. Behind her there were Italian Alba De Silvestro and French Axelle Gachet Mollaret, a few metres after Italian Ilaria Veronese.

In the final straight part, driven forward by an audience of the great occasions, Victoria Kreuzer did not slow down the pace by stopping the stopwatch at the incredible time of 31’56”. The second place has been decided about 150 metres from the finish line with Italian Alba De Silvestro, in that moment in third position, who overtook the Frenchwoman achieving a beautiful silver medal with 48” of delay. Axelle Mollaret Gachet (FRA) has reached the third step of the podium with just around a minute of delay from the winner. At the end Ilaria Veronese and Swedish Fanny Borgström ranked respectively in fourth and fifth position.

In the Men’s race, immediately after the start, Swiss Rémi Bonnet took the command of the race going up with an impressive rhythm. Marti Werner (SUI) and Robert Antonioli (ITA) tried not to miss the trail of the first athlete, while Italians Michele Boscacci and Davide Magnini were following them. In the last part of the track, Rémi Bonnet was about 5/6 metres ahead of Robert Antonioli and as many metres separated Werner Marti from the second position. In view of the final straight part, Robert Antonioli returned to the French athlete’s tails and then further increased the rhythm crossing the finish line with the new record of 26’36”. Therefore, Swiss Rémi Bonnet has got the second position while the third one has been for the teammate Werner Marti.

Once the arrival banner of Arinsal has been lowered, the Ski mountaineering group greets Andorra and looks at the German stage scheduled on 8th and 9th February in Berchtesgaden. 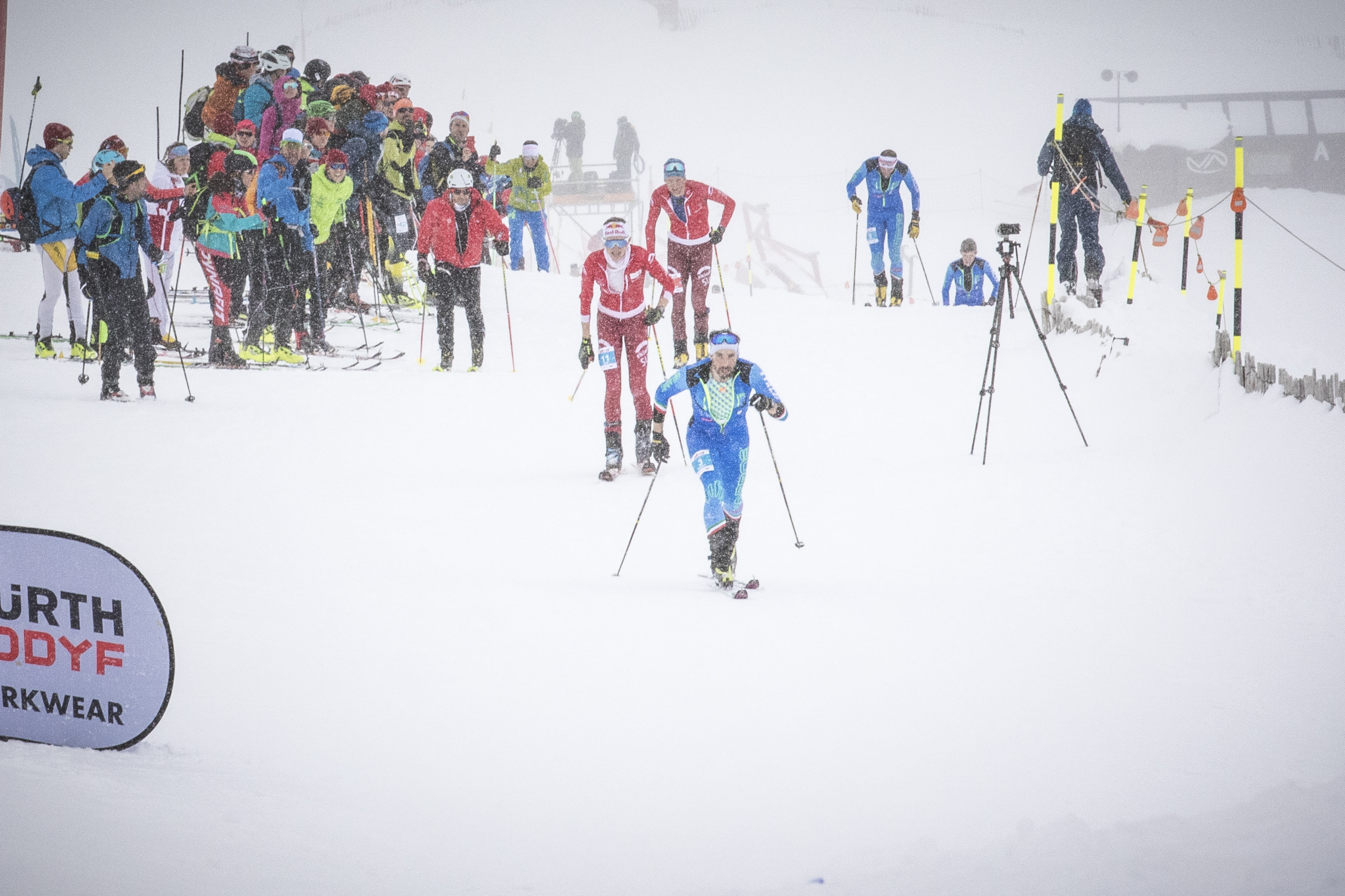