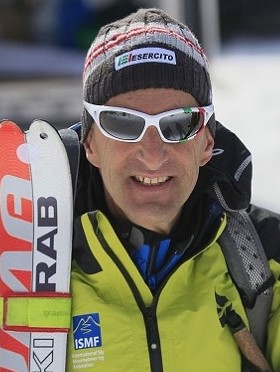 Marco Mosso, the ISMF’s Vice-President Marketing & Communication has been appointed First Vice-President of the federation by Thomas Kähr, the President of the ISMF in coordination with the Bureau, with immediate effect. Mosso will act as the official deputy of the ISMF President to fulfil his statutory tasks in his absence as well as to represent the ISMF externally in defined projects, such as to support the Olympic application process.

Marco Mosso has joined the ISMF in 2012 as Council Representative from Member Association (Italy), becoming Vice-President in 2015 during the Plenary Assembly in Bratislava, assuming now the role of most senior of the ISMF’s Bureau members. He is the person in charge of all ISMF public communications related to institutional matters, taking care of the spreading of information of various kinds. Furthermore, he usually collaborates with the office in order to draft newsletters, inter-race/inter-season interviews, press releases and maintains the relationship with the TV Production Team and the social media coordinator company.

Thomas Kähr, the ISMF President says: “Together with my fellow Bureau members I’m pleased that Marco has accepted this additional responsibility. We all appreciate his longstanding experience and his professionalism.”