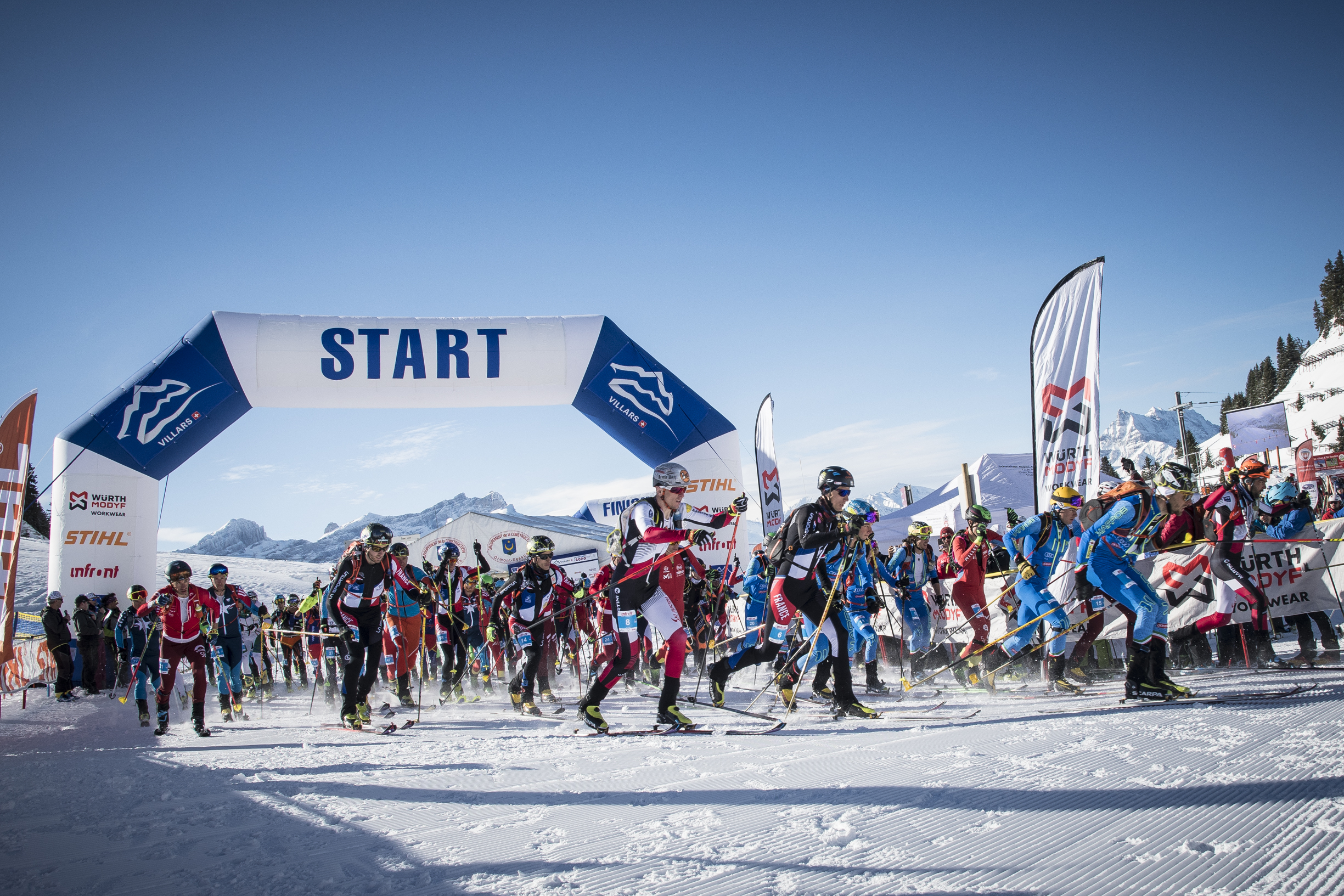 Davide Magnini and Giulia Murada are the winners among the Espoirs, Giovanni Rossi and Osichkina Ekaterina in the Junior category, Thomas Bussard and Carolina Ulrich among the Cadets

Lausanne, 12th March 2019 – In Villars-sur-Ollon the world week got to the heart with the second day of competitions dedicated to the Individual race. After the snowfall of yesterday, which forced the Local Organising Committee of the World Championships to postpone the race of the young people, this morning a wonderful sun and a soft blanket of white powder contributed to make the descents even more beautiful and spectacular.

The location of the race was once again the Col de Bretaye, the starting and finish point of each event step. The first to leave were the Senior Men, who had to face a nervous track of 1604 metres of positive difference in height with six ascents, five descents and two parts on foot to cover with the skis in the backpack. Here there was a real challenge from the beginning with a wild Robert Antonioli (ITA). The athlete coming from Valfurva started with a frenzied rhythm, followed in the wake by his friend-opponent Michele Boscacci (ITA). The others were all behind.

After the first two climbs, as expected, the race started to become exciting with the technical and insidious part on foot. The Italian Robert Antonioli was always on the run, his compatriot Michele Boscacci was chasing and the French Xavier Gachet was trying to defend a prestigious third place.

At the finish line the standing ovation was all for Robert Antonioli who completed the competition with a time of 1h32’15’’, ahead of Michele Boscacci with an advantage of 35 seconds. The French Xavier Gachet took the bronze. Then again Italy with the fourth place of Maguet Nadir and the sixth of Davide Magnini, who put around his neck also the gold medal of the Espoir category.

Among Women the predictions of the eve were amply confirmed with the victory of the French athlete Axelle Mollaret who right from the beginning positioned herself at the head of the group to set the time. Her opponents struggled to win the less prestigious medals, behind the strong transalpine athlete more than ever motivated to reiterate a leadership never questioned. Immediately after the finish line, Axelle Mollaret raised his arms to heaven for his first world title with a time of 1h33’01’’. The silver has been for a super Alba De Silvestro (ITA) and the third place for Lorna Bonnel (FRA). The Spanish Claudia Galicia Cotrina and the Swedish Johanna Åström followed them.

After one of the most heartfelt races in the World Championships, the world week in Villars-sur-Ollon will continue tomorrow afternoon with the Vertical race.