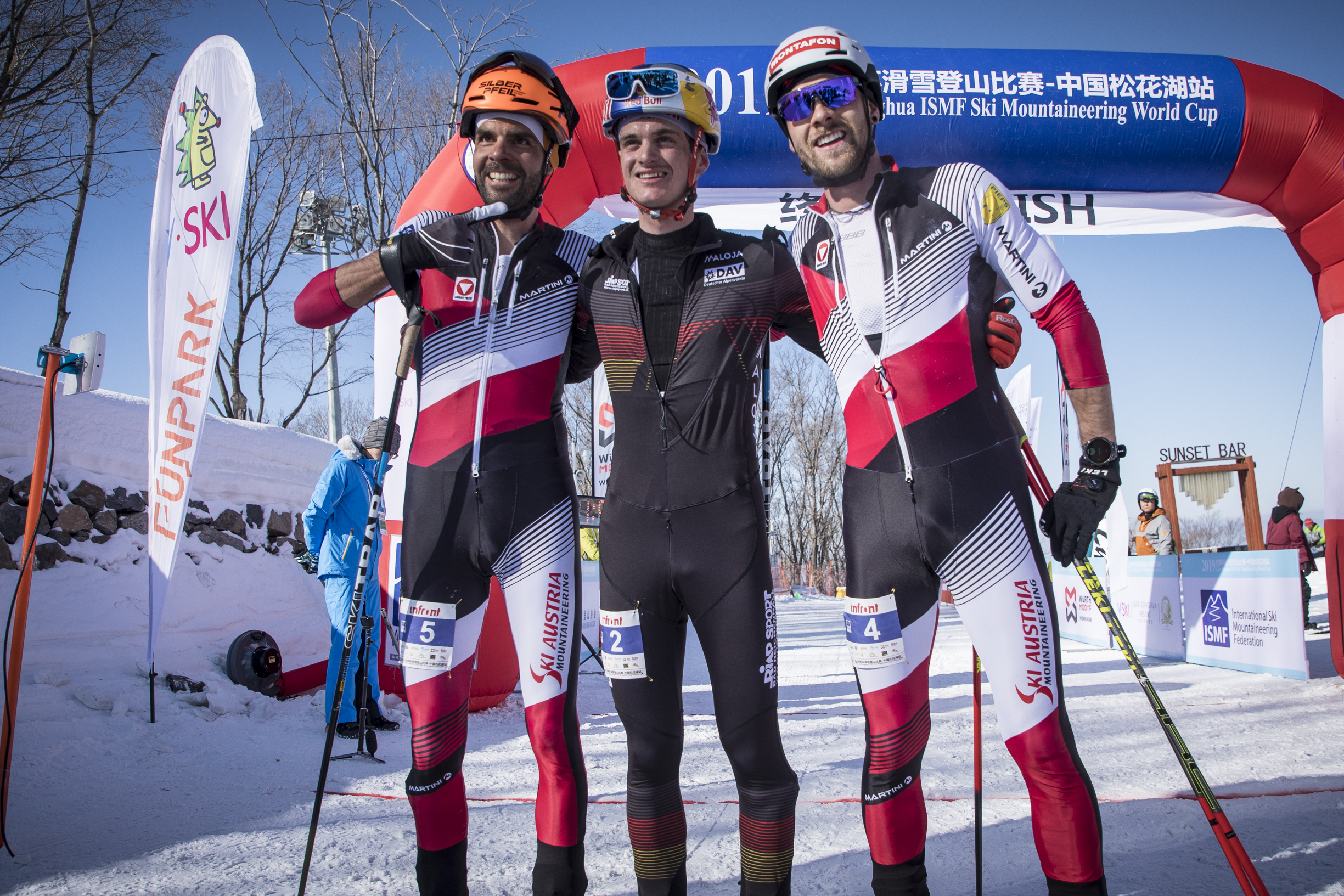 Ekaterina Osichkina was in the lead among Juniors

Lausanne, 21st February 2019 – On Thursday morning at Lake Songhua Ski Resort, in the province of Jilin, the second competition of the fourth stage of the ISMF World Cup was carried out. The track of the Vertical race, realised by the staff of the International Federation, had a development of 2.8 kilometres with an uphill difference in height of 610 metres.

Immediately after the start, the group composed by the German Anton Palzer and the two Austrians Jakob Herrmann and Daniel Zugg broke away. For the first five minutes, Anton Palzer set the rhythm with the two pursuers very close to him. As the route started climbing decisively, the first sped up the pace gaining precious metres on the duo that was following him. In fourth position, a little detached, there was the Spaniard Marc Pinsach Rubirola.

Anton Palzer kept up and with the time of 20’15” was victorious also in the Vertical race. Behind him Jakob Herrmann, after half of the race, detached his teammate reaching the second position with the time of 20’56”. At the end his compatriot Daniel Zugg crossed the finish line in third place while Marc Pinsach Rubirola (ESP) in the fourth one.

Among Women, the Spanish Nahia Quincoces Altuna doubled yesterday’s victory by confirming herself first in the Vertical race with the time of 26’04”, in view of the 2019 ISMF World Championships in Villars-sur-Ollon (SUI).

In the Junior category there is still the seal of the Russian athlete Ekaterina Osichkina who won the competition with the time of 18’05”.

On Saturday morning the Sprint race will take place, which will close this long Chinese leg.