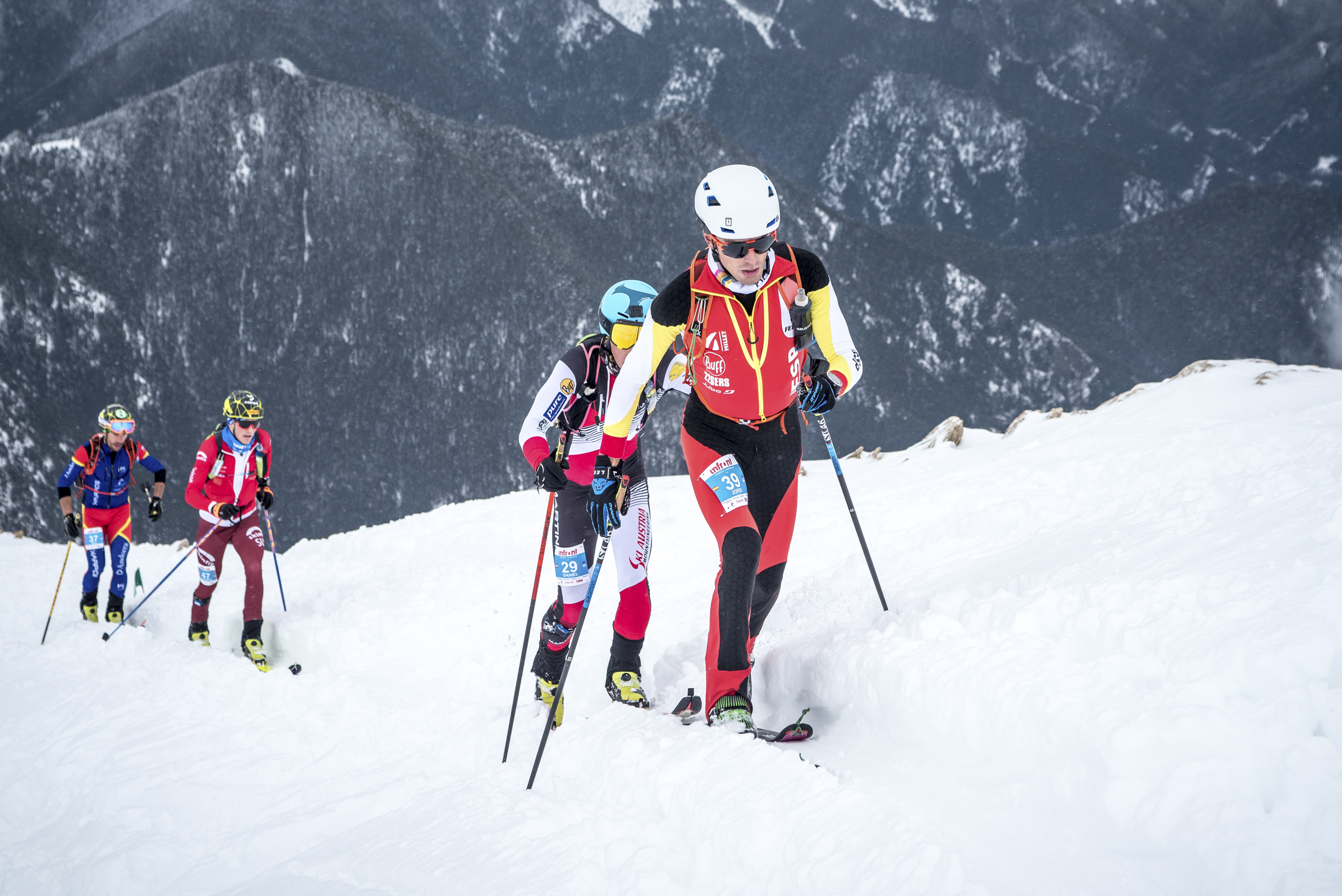 Aurélien Gay and Samantha Bertolina dominated in the Junior category, while Mara Martini and Davide Magnini among Espoirs

Lausanne, 25th January 2020 – Xavier Gachet (FRA) and Alba De Silvestro (ITA) have won the Andorran Individual race valid as the first competition of the second stage of the 2019/2020 ISMF World Cup. Concerning the Junior category, Aurélien Gay (SUI) and Samantha Bertolina (ITA) were on the first step of the podium, while Italians Mara Martini and Davide Magnini got the gold among Espoirs for the first race in Arinsal.

Both a lot of spectators and a highly spectacular track, planned at the edges of the local ski resort by the mountain guide Carlo Ferrari, have decreed the success of this competition. For Senior Men the positive height difference has been of about 1790 metres divided in five ascents and as many descents with two parts on foot. The Senior Women and the Junior Men, instead, had to face the same uphill and downhill sections, but for a total altitude difference of 1390 metres, while the Juniors competed on a track with three ascents and three descents for 880 metres of altitude difference.

Immediately after the start a group of athletes have taken the command of the race. It was composed of Italians Michele Boscacci, Davide Magnini, Robert Antonioli and French Xavier Gachet, who were alternating each other in the first positions.

Throughout the succession of the race these athletes continued to compete for the top places, but in the penultimate difficult ascent, which included the third part to be faced on foot, the very strong French athlete Xavier Gachet took the lead of the race. The Italian Espoir Davide Magnini was immediately after him, while his two teammates Michele Boscacci and Robert Antonioli, once finished the change of skins, were approaching. For the latter, the transalpine opponent was too far, but Davide Magnini was easily accessible and in fact, in the last change of skins before the finish line, the group had reunited again. At the end the Frenchman crossed the finish line with a time of 1:35’02’’, followed by Robert Antonioli and Michele Boscacci respectively with 13’’ and 19’’ of delay. Davide Magnini got the fourth position, while German Anton Palzer the fifth one.

In the Women’s race the victory was decided in the second part of the track when Italian Alba De Silvestro overtook the Swiss opponent Marianne Fatton in the part on foot. Behind the two leaders of the group there was French Axelle Gachet Mollaret.

In the penultimate uphill section, Alba De Silvestro continued to maintain the command only a few seconds ahead of the Swiss athlete, while Axelle Mollaret was unable to reach them. In the part on foot, the Italian competitor kept Marianne Fatton at a safe distance, also because this one has had a little indecision in the change of skins, determining the loss of some precious seconds. Alba De Silvestro flawlessly and cleanly faced on the descent arriving at the last change of skins with almost 40 seconds of advantage, which she has led until the finish. The Italian woman closed this superlative performance with a time of 1:31’56’’. Marianne Fatton achieved the second place with 46’’ of delay and Axelle Gachet Mollaret the third one with a time of 1:33’24’’.

Aurélien Gay (SUI) and Samantha Bertolina (ITA) have been the winners of the Junior category, respectively followed by Paul Vernjak (AUT) and Matteo Sostizzo (ITA) and Grace Staberg (USA) and Margot Ravinel (FRA).

Italian Davide Magnini, instead, has got the victory among Espoirs, whereas Frenches Thibault Anselmet and Arthur Blanc followed him. Among Women, Italian Mara Martini took the top step of the podium with Giulia Murada (ITA) and Alessandra Schmid (SUI) respectively in second and third position.

This first race is over, but tomorrow it will be time of the Vertical race. On this occasion, the Senior Men and Women and the Junior Men will be dealing with an altitude difference of 720 metres, while the Junior Women will start a little higher, facing 420 metres. 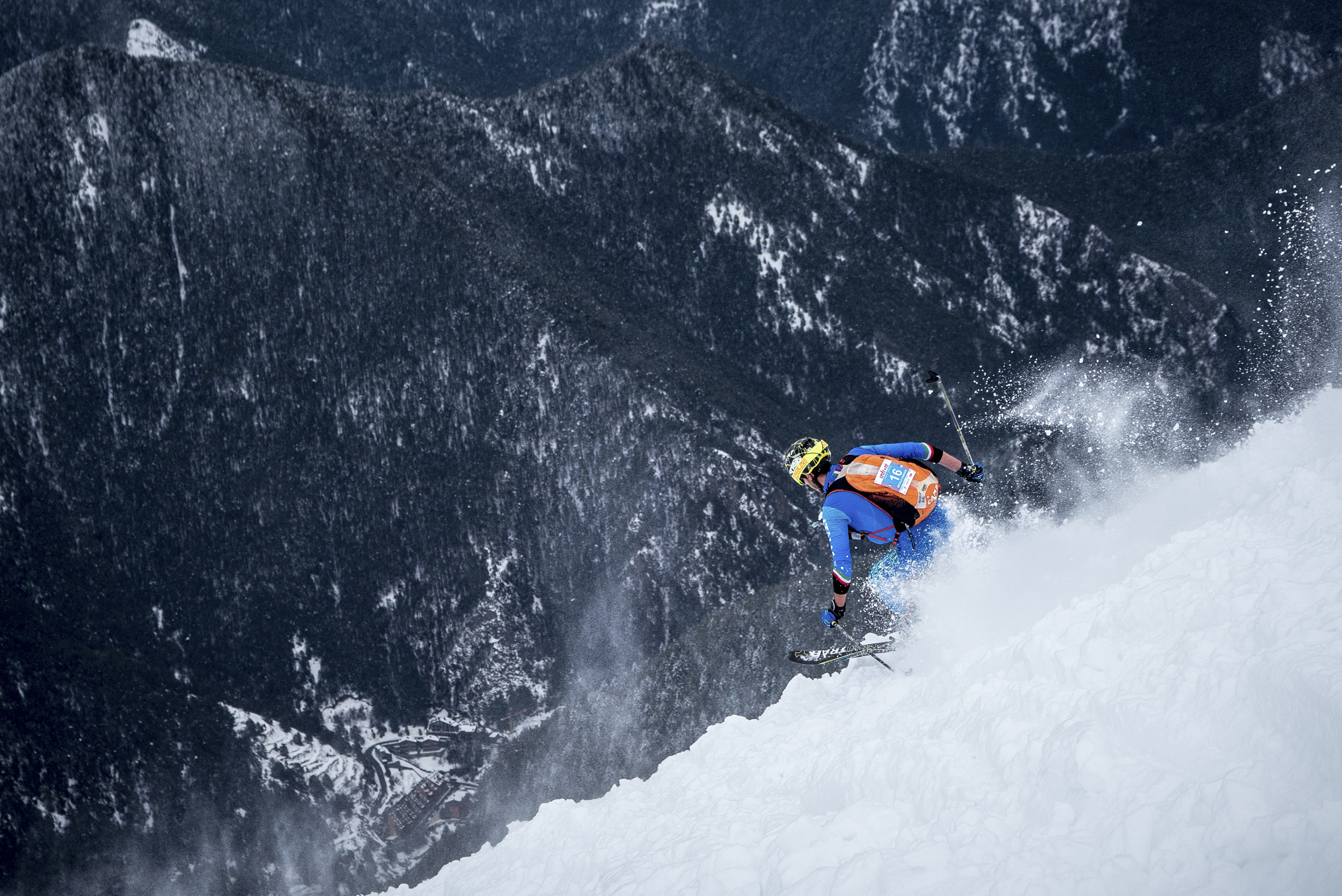