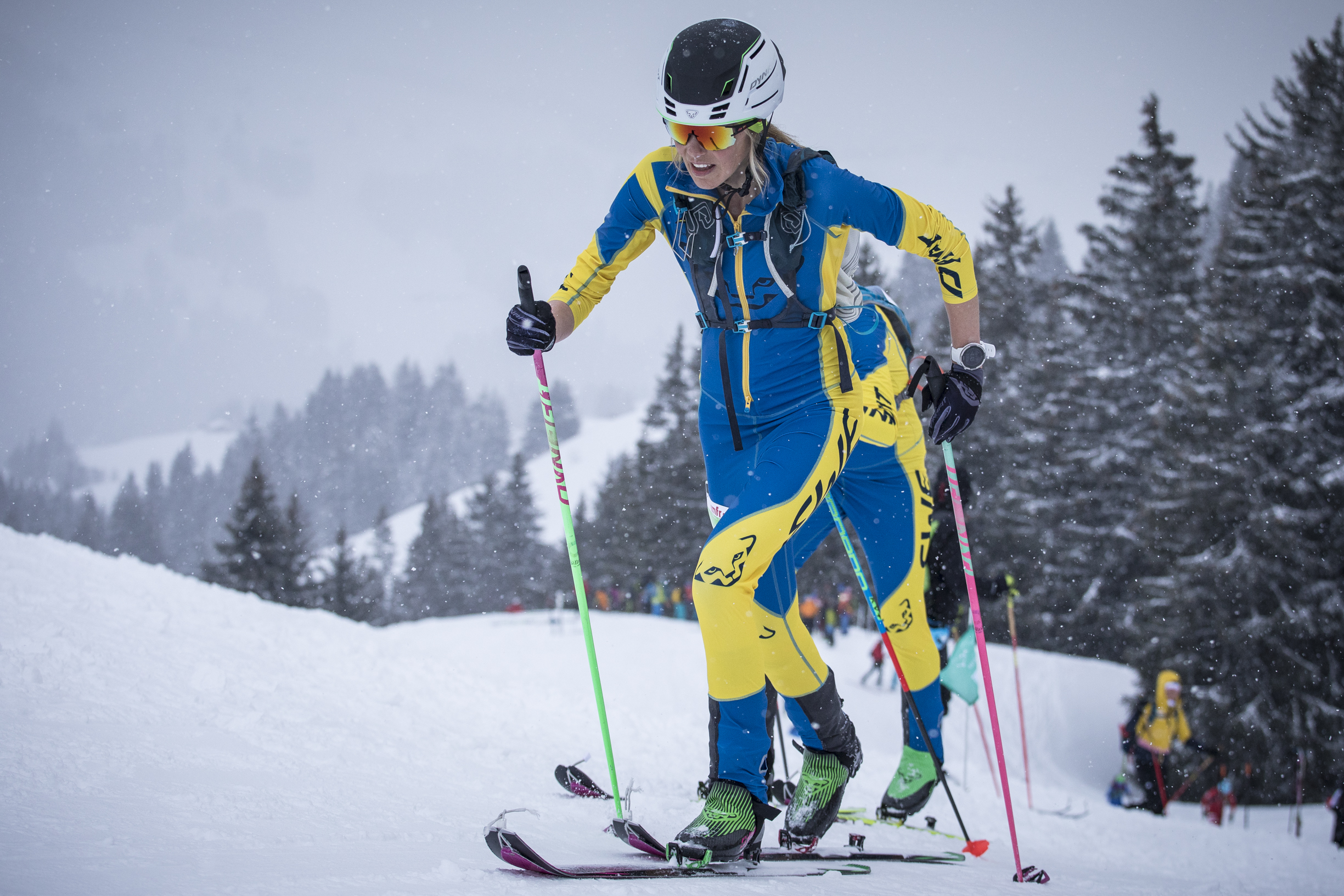 Lausanne, 13th March 2019 – On Wednesday afternoon the third race scheduled for the Ski mountaineering World Championships in progress on the Swiss snows of Villars-sur-Ollon went on stage.

Due to adverse weather conditions, the Local Organising Committee and the officials of the International Federation had to set up a reserve route for the Vertical race with 420 metres of difference in height distributed in about 4 kilometres. The first to start have been the Cadets, then the Juniors and finally the starter kicked off the Seniors.

A fast race, rather very fast, with Werner Marti (SUI), Michele Boscacci (ITA) and Rémi Bonnet (SUI) who dragged the group since the first few metres. The Italian Robert Antonioli had to recover the leading group because he had a skin problem at the start.

The not too demanding slopes have favoured the agile strides of Werner Marti, who changed gear, flying towards the finish line followed by the compatriot Rémi Bonnet and the Italians Robert Antonioli and Michele Boscacci.

A few hundred metres from the arrival Robert Antonioli decided to go to the offensive of Rémi Bonnet. The Swiss Werner Marti won the title of World Champion with a time of 25’19”, Robert Antonioli took the second position with 41 seconds of disadvantage and the bronze medal was for Rémi Bonnet with a time of 26’04’’. At the end the Italian Michele Boscacci and the German Anton Palzer have arrived respectively fourth and fifth.

Among Women the absolute dominion was made by the Austrian athlete Andrea Mayr who, with a time of 30’22’’, confirmed the title won in 2017 in Alpago-Piancavallo (Italy) ahead of Axelle Gachet Mollaret (FRA). The Swiss Victoria Kreuzer took the third step of the podium, while the Swedes Johanna Åström and Fanny Borgström were respectively in fourth and fifth position.

Among Cadets the victory was for Robin Bussard (SUI) and Caroline Ulrich (SUI).

Tomorrow the ISMF World Championships in Villars-sur-Ollon will stop for the rest day and the athletes will be back on track on Friday with the symbolic ski mountaineering race, the Team race. The track to face for Men will be of 2440 metres of positive difference in altitude (six ascents and two parts on foot), while for Women of 2160 metres (five ascents and only one part on foot).