After the Christmas break the ski mountaineering World Cup circuit resumes from the Arinsal-La Massana ski resort with two races designed by the mountain guide Carlo Ferrari in collaboration with his experienced staff.

Lausanne, 14 January 2022 – The programme of the upcoming WÜRTH MODYF ISMF World Cup stage will include an Individual race on Saturday 15 and a Vertical race on Sunday 16 January 2022, both in the morning. For this occasion, the worldwide skimo élite will compete in the Pyrenees for an international event that has become a classic occurrence of the early ISMF season.  The leg of Comapedrosa, named after the highest peak of the Principality of Andorra (2942 m above sea level), will include more than one hundred athletes at the start, representing 15 countries.

While waiting for the definitive confirmation of the race track for tomorrow’s competition, which is currently at the tracing stage, we can anticipate that it will be the one dreamt of by the Andorran staff in the last two editions and never proposed due to bad weather conditions. Therefore, this time, the athletes will be able to compete in a selective and spectacular off-piste track designed in the shadow of the mountain which is the symbol of the Principality.

On Sunday morning it will be the turn of the Vertical race, a real well-known competition that last year awarded the world titles to the World Champions – the Swiss Rémi Bonnet (25’55”) and the French Axelle Gachet-Mollaret (30’38”) – who set new best times on the same track of this year.

The Senior category (Men & Women) and the U20 Men will face a difference in altitude of 720 m, while the U20 Women will start a little higher and will have a height difference of 420 m.

The ISMF General Secretary, Jordi Canals Fontan, says: “The World Cup stage in Andorra is now a regular event for the ISMF, which for years has been able to count on a relationship of trust with the local organising committee and the Race Director Carlo Ferrari. The weather is promising well and I am sure that the races will be spectacular. Don’t miss the live streaming of the Vertical race on Sunday.”

The live streaming of the Vertical race on Sunday 16 January will be available at the following link. 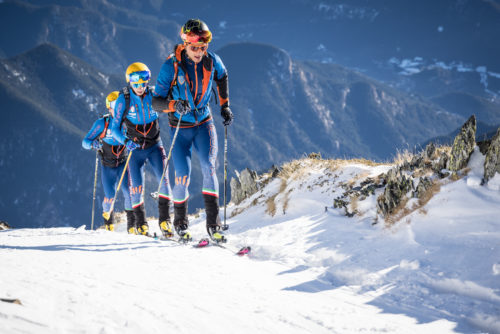