The latest news on the annual ISMF Forum! 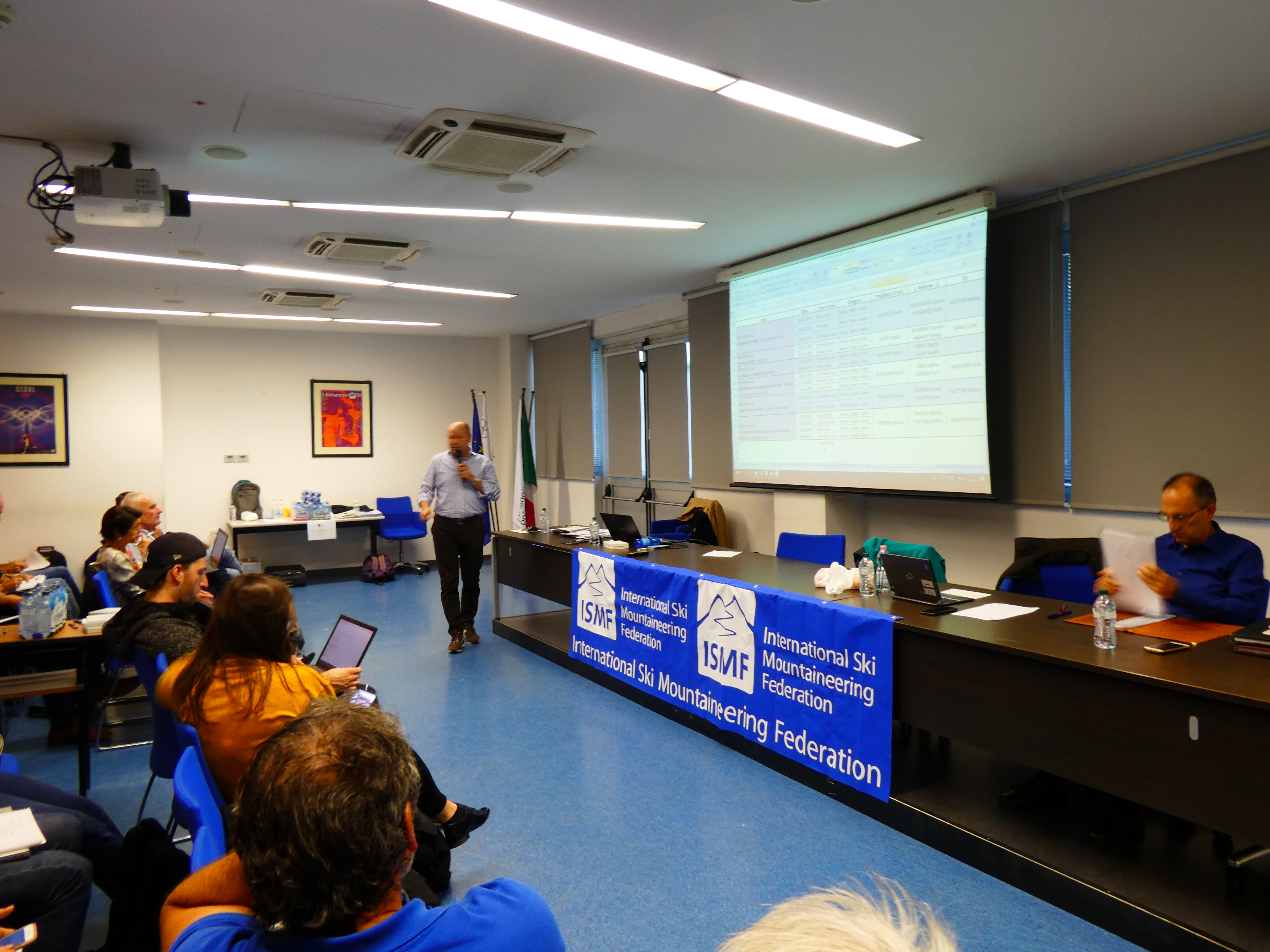 The annual International Ski Mountaineering Federation (ISMF) Forum was held last week. Members of the Council met on Friday morning to discuss multiple topics tied to the competitions which will begin soon.

Saturday’s meeting was a crucial moment for the Forum: the meetings were overseen by the President of the Jury and the Local Organising Committees of the events of the 2018/2019 season for both the World Cup and the World Championships. As stated on the program, several single meetings were held, with the scope of presenting the needs of every committee so that everyone could have a precise and detailed general idea.

Naturally, none of this would have been possible without the participation of the ISMF’s partners: the marketing and media rights firm of international sporting events Infront, the time-keeping provider MSO and the Ranking Manager Alain Lanxade.

Moreover, a special session was dedicated to sustainability, a subject that’s ever more important and fundamental for large events such as the World Cup or Championships. The project of sustainability was realized thanks to the collaboration of Mr. Jaume Esteve and, during the Forum, the intervention of the International Olympic Committee member Mr. Santiago Peña Gomez. Sustainability will have to be implemented and measured by every single Organisational Committee, considering that it deals with an element of great interest for the IOC.

Finally, it’s important to highlight that there were also held reunions of the Disciplinary Commission and the Medical Commission under the supervision of their coordinator Pierre Dupont. In particular, during the meeting of the second, it was reaffirmed the importance of the anti-doping rules in a document realised especially by the ISMF’s Medical Commission. Also, the Medical Commission started studying the mimimum level of temperatures allowed for organising a Ski Mountaineering race.

All the topics dealt with in the various meetings have been analysed with the aim of enhancing top level events, such as the World Championship, and for this reason many improvements and innovations have been made to the management and organization of events of this type. 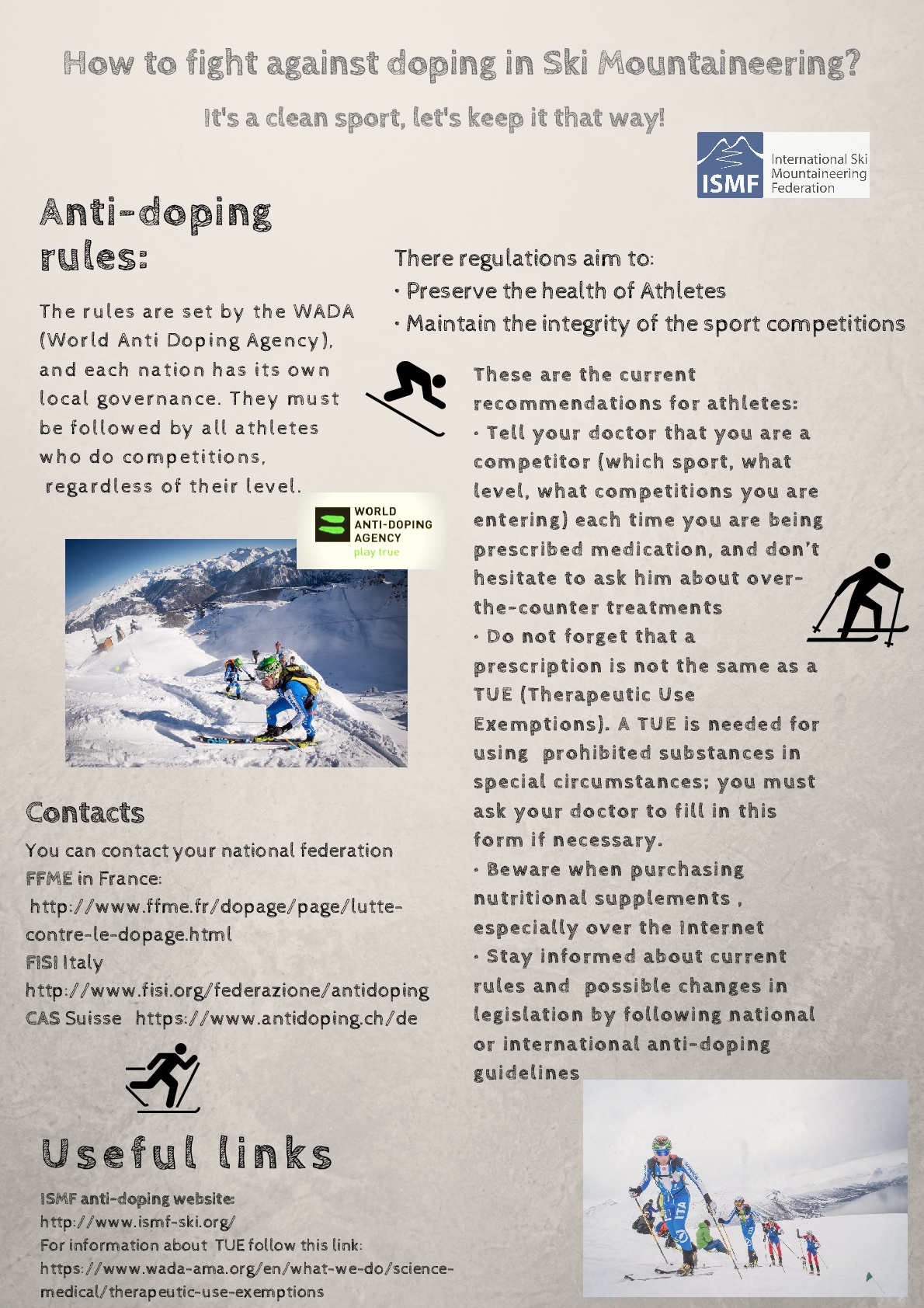 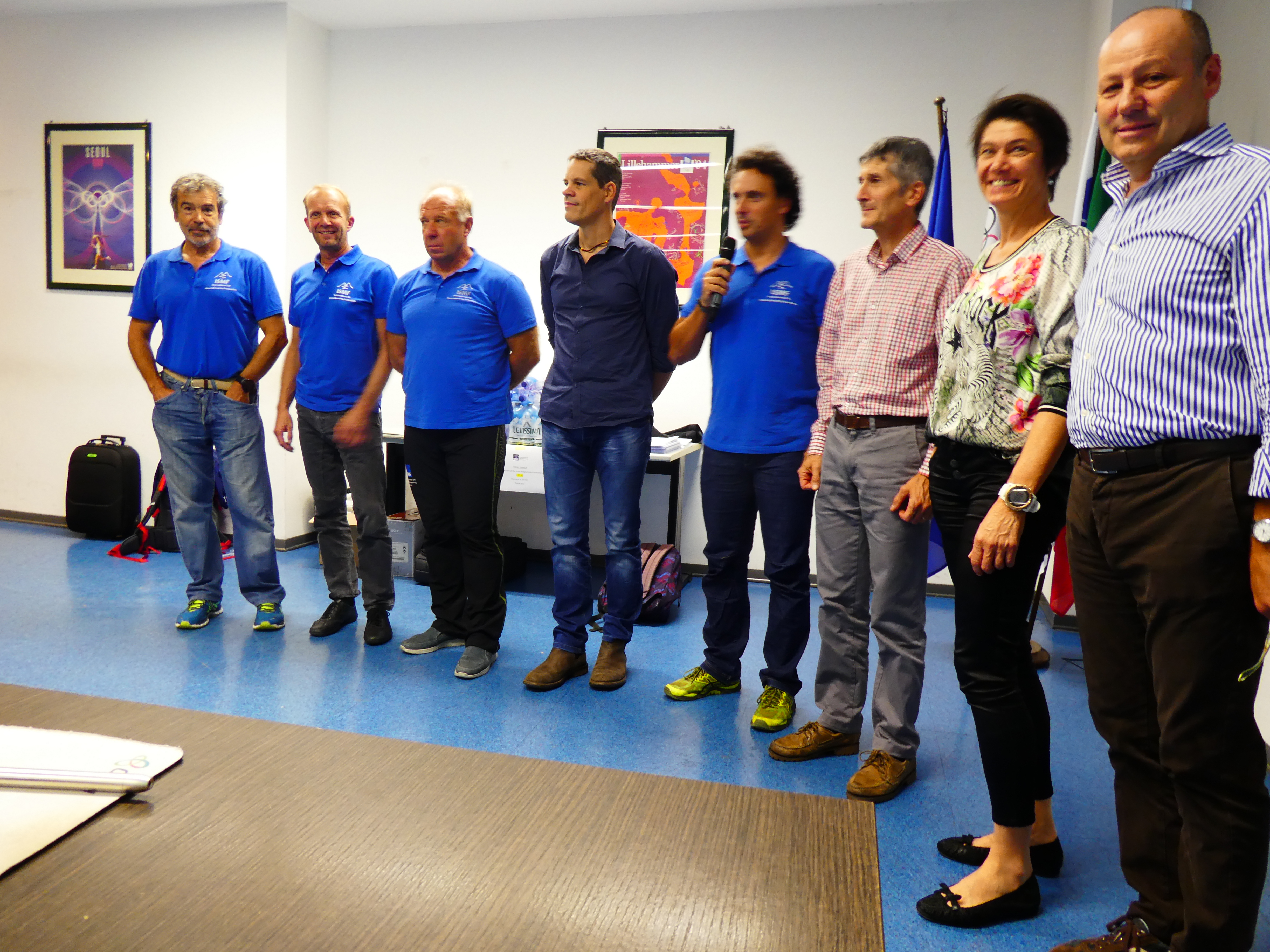