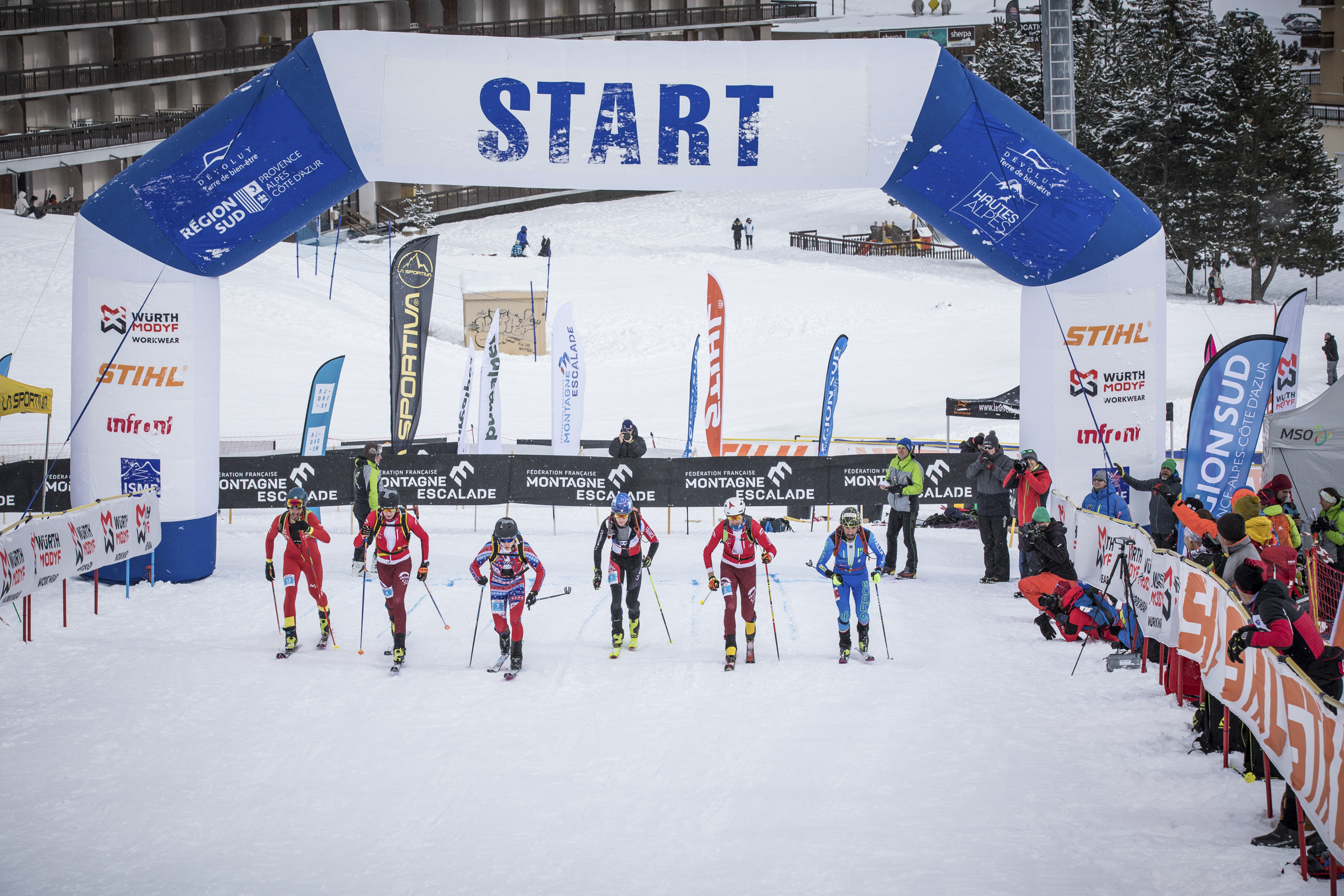 A picture from one of the ISMF competitions of last season

Despite the economic and social repercussions resulting from the spread of COVID-19, the ISMF will try to honour the upcoming difficult year in the best possible way.

The 2020/21 season will be really full of events. In fact, the ISMF counts five World Cup stages and the traditional World Championship. Furthermore, there will be the introduction of the WCH Long Distance Team (Pierra Menta), which will be organised in collaboration with LGC in Arèches Beaufort, and the WCH dedicated to Master category (La Grande Trace) in SuperDévoluy, France. In addition, the CISM World Winter Games in Berchtesgaden & Ruhpolding (Germany) and the Continental Championships in Asia and North-America will also take place.

The calendar is now official, but the ISMF reserves to change the race order or the confirmation of the event venues, following the local organisers’ eventual requests, due to the great difficulties caused by the last uncertain periods. 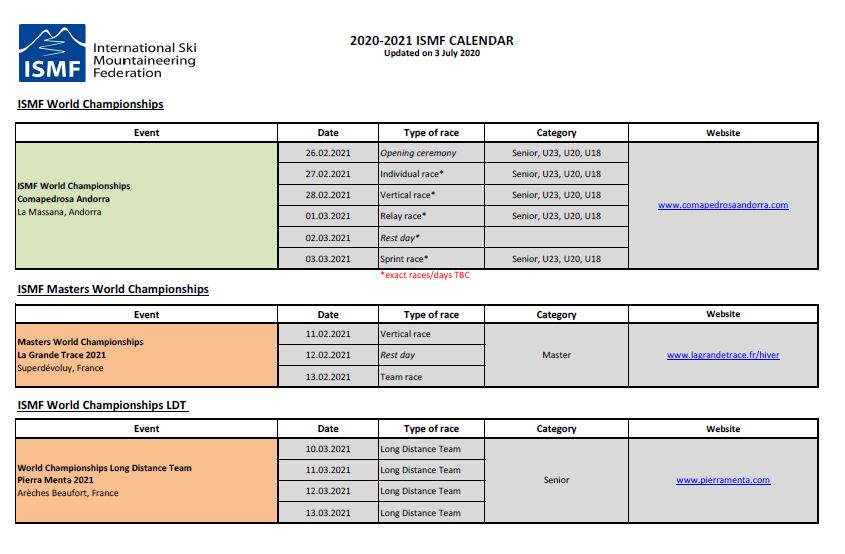 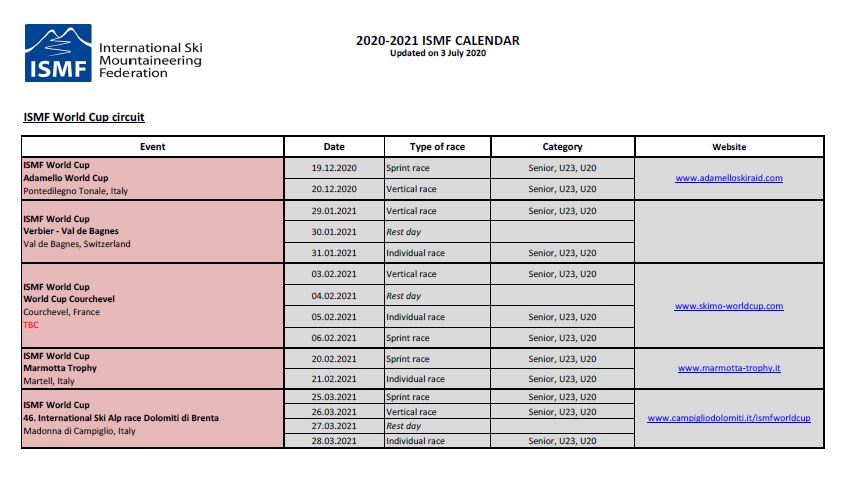 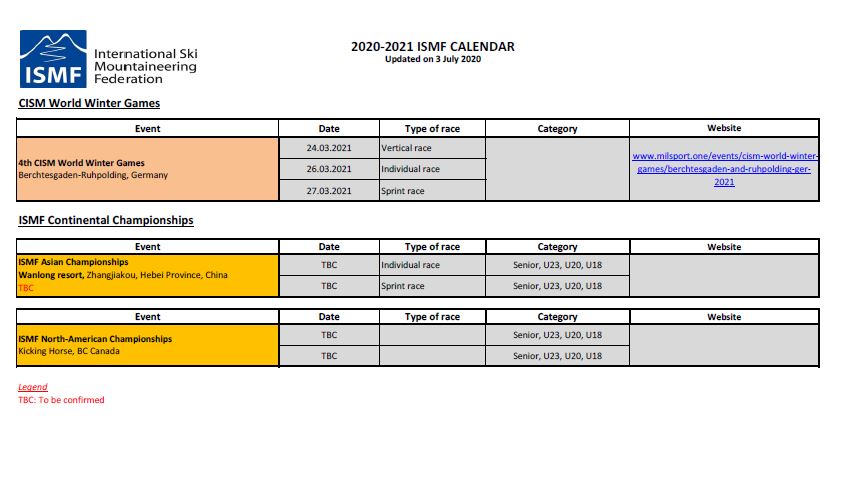