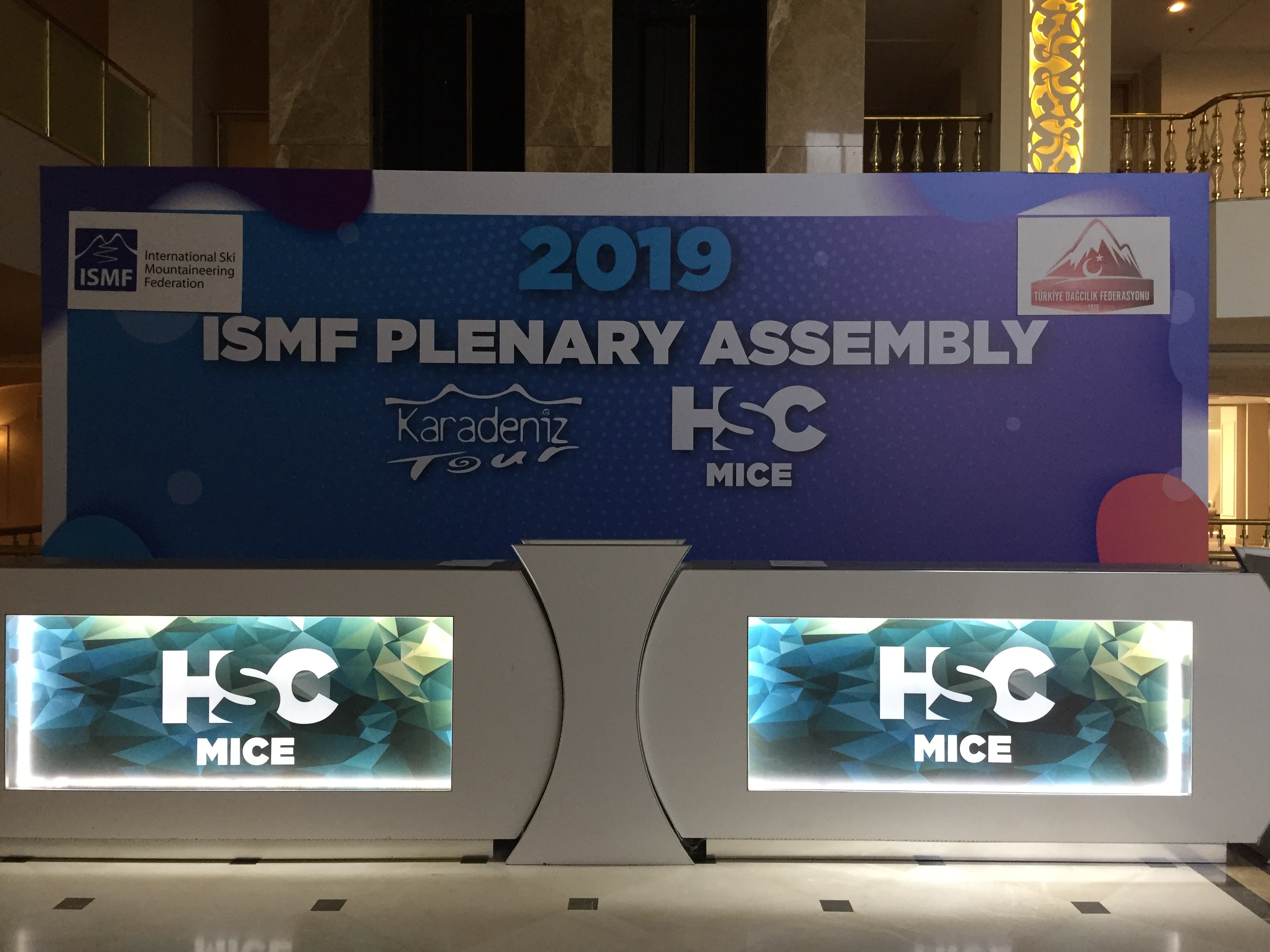 Lausanne, 29 September 2019 – The 2019 ISMF Plenary Assembly was held on 28th September in the town of Antalya (Turkey), considered the gateway to the Mediterranean area of Turkey, and was organised by the Turkish Mountaineering Federation.

On this occasion several topics were treated; in particular, some modifications related to the regulations of the International Federation in order to achieve an always greater level of precision and updating.

Furthermore, the subject of accounting was faced, by approving the last financial statement.

Finally, from a sporting point of view, the results of the projects carried out in the 2018/2019 season were illustrated and in depth explained and some new ideas for the future were put on the table.

One of the most important points on the agenda for this meeting, which occupied almost the whole day of the attendees, was the official presentation of the calendar for the upcoming season.
The World Cup circuit will come back to five events, from the middle of December 2019 to the beginning of April 2020 and they will be held in Aussois (France), La Massana (Andorra), Berchtesgaden (Germany), Wanlong (China) and Madonna di Campiglio (Italy), where the winners of all the Specialty Cups, as well as the Overall champions, will be awarded.
In this last location, in parallel with the final stage of the Would Cup circuit, also the European Championships will be organised with a Sprint, a Vertical and an Individual race, which will be taken into consideration for both rankings at the same time.

In reality, the competitions are not all above-mentioned, because two very important events are missing: the Lausanne 2020 Youth Olympic Games and the Winter World Masters Games.
The first event was the common thread of the last years, months, days and above all of the Plenary Assembly. The goal of the ISMF was to realise its Olympic Dream and it has been reaching it step by step. As it has been reiterated several times, the Youth Olympic Games are a springboard and will be useful to start the right path towards the 2026 Olympic Games in Milan-Cortina.
Ski mountaineering competitions will be from 10th to 14th January 2020 in Villars-sur-Ollon, while the Olympic village will be set in the centre city of Lausanne, where some minor side-events will be organised, both for athletes, teams and spectators.
About Winter World Masters Games Innsbruck 2020, Ski mountaineering was included in the programme with two disciplines from 16th to 18th January 2020.

The ISMF would like to thank the 23 National Federations, coming from three continents, for their participation in the Plenary Assembly: Andorra, Austria, Azerbaijan, Belgium, Catalonia, China, France, Germany, Greece, India, Iran, Italy, Japan, Poland, Portugal, Russia, Spain, South Korea, Sweden, Switzerland, Thailand, Turkey and the USA. In addition, Argentina, Bulgaria, Chile, Czech Republic, Romania and Slovakia sent their proxy vote to other National Federations present at the meeting in order to have the possibility to vote and express their opinion concerning the faced topics. 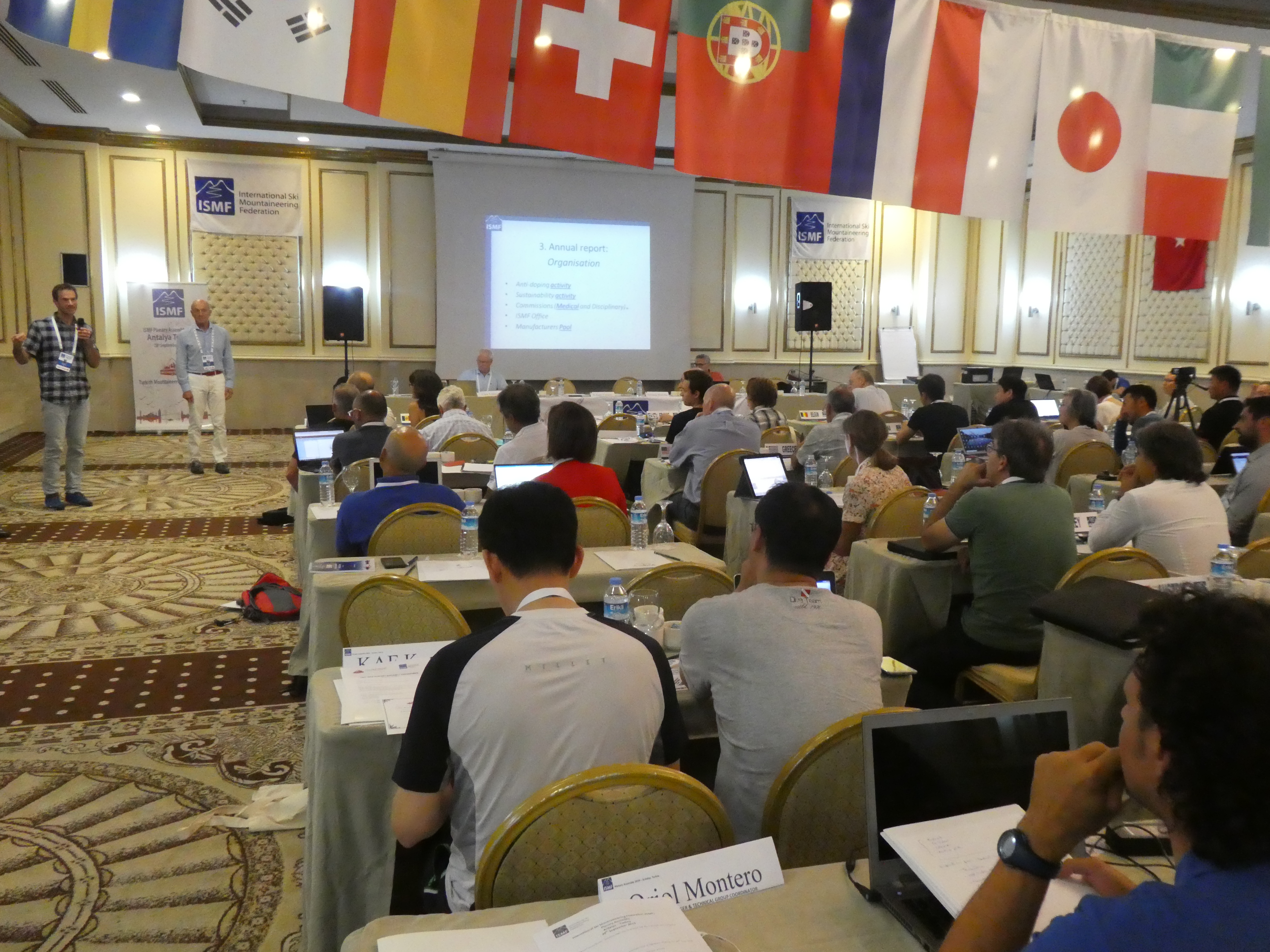 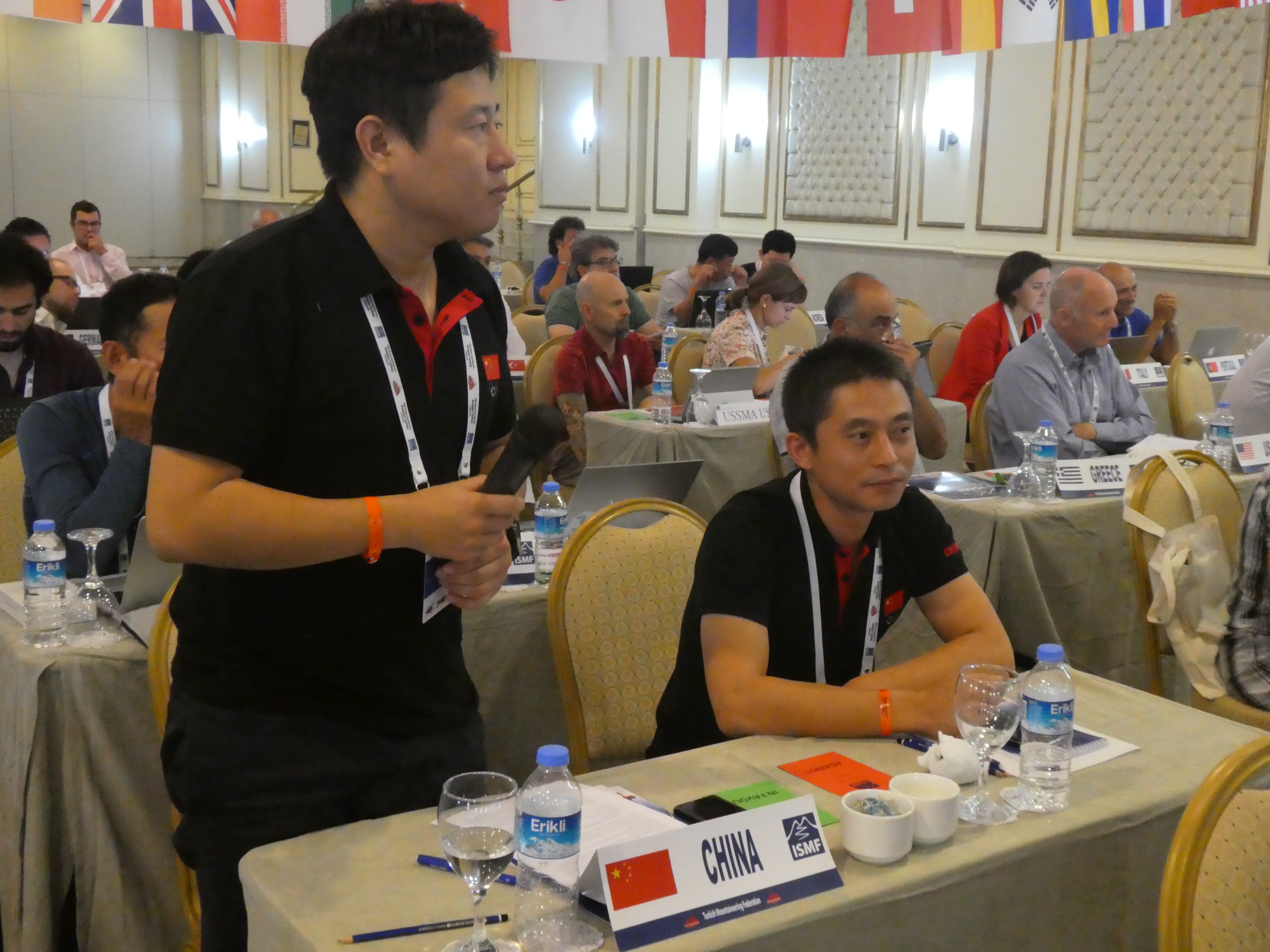 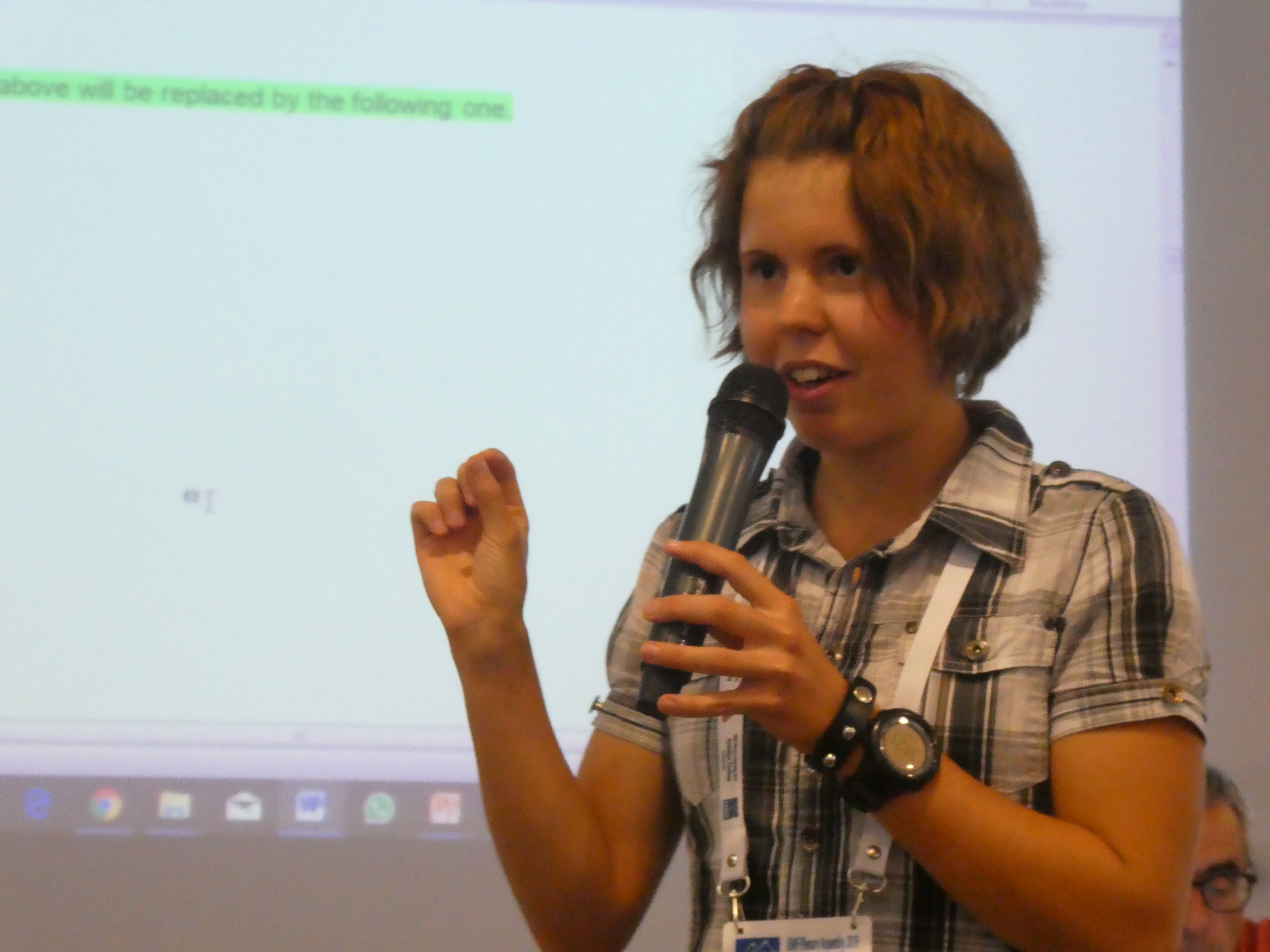 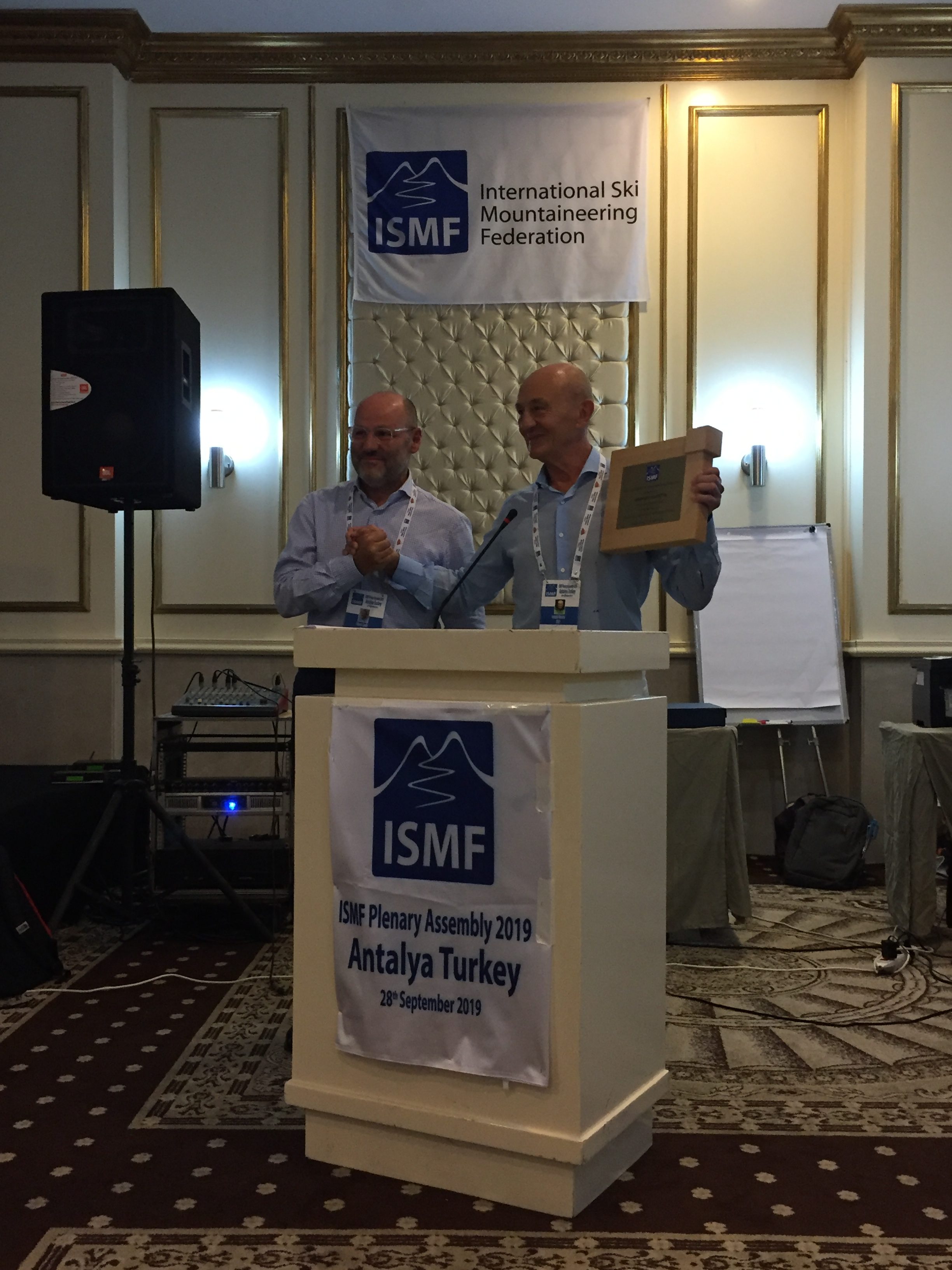 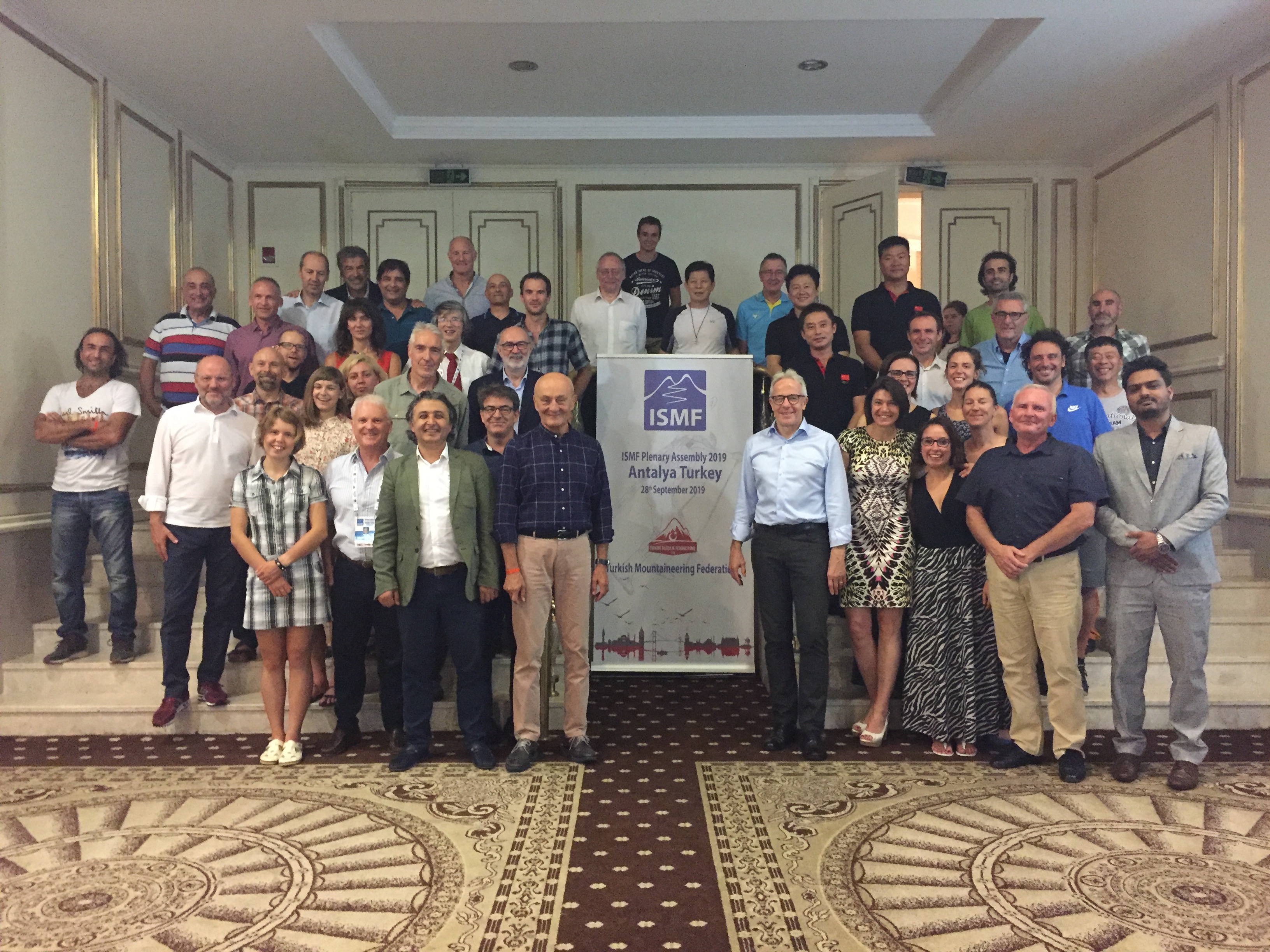