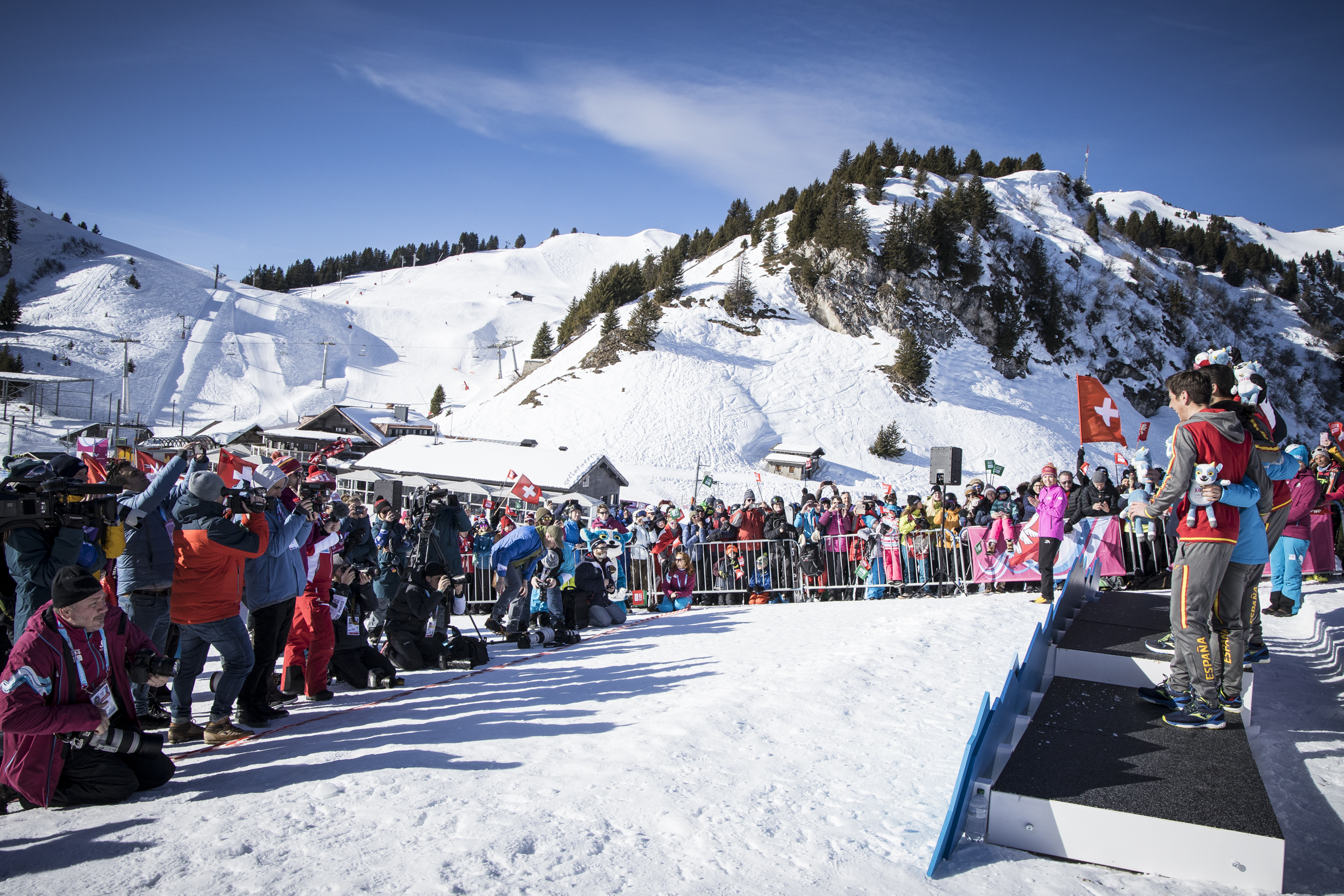 The Mixed Relay race’s medals were awarded today at the now famous Col de Bretaye. Every team of athletes consisted in four elements, two boys and two girls, who alternated along a track formed by two ascents and as many descents. In addition a part on foot has been inserted in the second uphill section.

Immediately after the start, the Swiss girl Caroline Ulrich took the lead of the race with the Italian and Spanish opponents closely behind her.However, also Chinese, Germany, French and USA athletes were in the top positions. The audience accompanied the competitors until the first change, situated in the same location during the Individual Race. After the first descent the youngsters entered the race track of the Sprint Race held on the previous day. Switzerland tried to maintain the first place followed by Silvia Berra (ITA) andMaria Costa Diez (ESP), who were competingto get the reinforcement positions together with Victoire Berger (FRA).

In this second section the positions did not change with Switzerland addressed towards the gold medal without mistakes. Spanish, Italian and French athletes had to be happy with competing for silver and bronze medals, while China and Germany lost some precious seconds.

In the third and penultimate lap the girls were back on the field. The Swiss athlete Thibe Deseyn could administer an advantage of about a minute and a half followed by Margot Ravinel (FRA), Erika Sanelli (ITA) and Ares Torra Gendrau (ESP).

At the last passage of the baton the situation settled with the Swiss boy in command almost two minutes before the French opponents and leaving Spain and Italy in fourth and fifth positions. Italian Rocco Baldinitried to get back on the Spaniard Ot Ferrer Martinez’ heels, whereas French Anselme Damevin was uncatchable. Throughout all the section Italy and Spain agonistically fought for the bronze medal.

The second Swiss twin on the field, Robin Bussard, also made no mistakes in the last part of the track and arrived at the finish line with a good margin, stopping the stopwatch at 35’07”. The joy for the gold medallists was irrepressible, so that the four young athletes have embraced each other with the awareness of having crowned a dream.

The second and third positions have been decided on the last curve, when the French boyAnselme Damevin got the silver medal with a lightning movement, while the Spaniard rival took the third position.

The Lausanne 2020 Youth Olympic Games have ended in the best possible way. Ski mountaineering demonstrated to have the right stuff to enter the Olympic Family and to be included the Milan-Cortina 2026 Olympic programme with the presence of Senior athletes.

The next edition of the Winter Youth Olympic Games will take placein 2024 in Gangwon province. The ISMF is already working to let young ski mountaineers compete in South Korea. 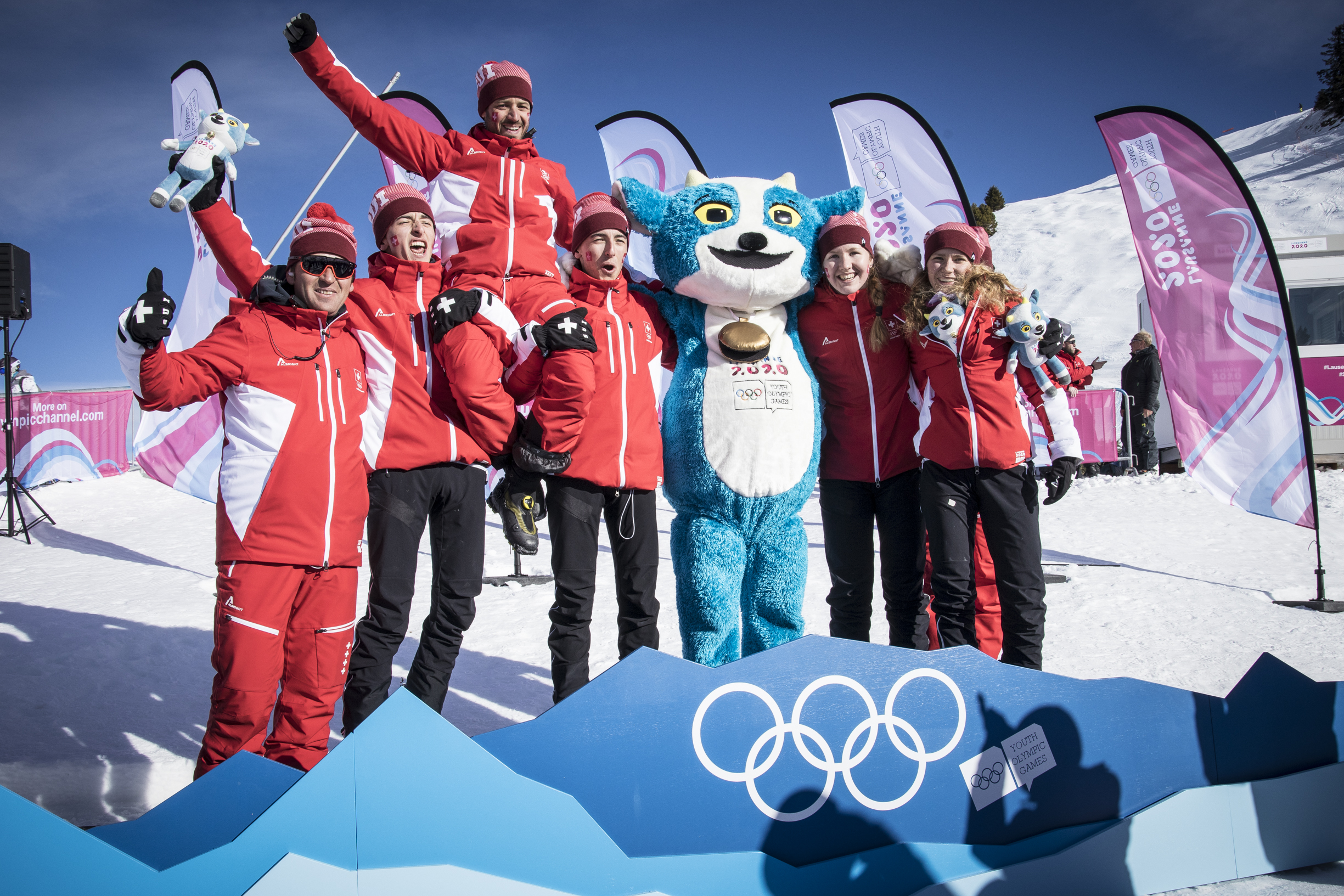 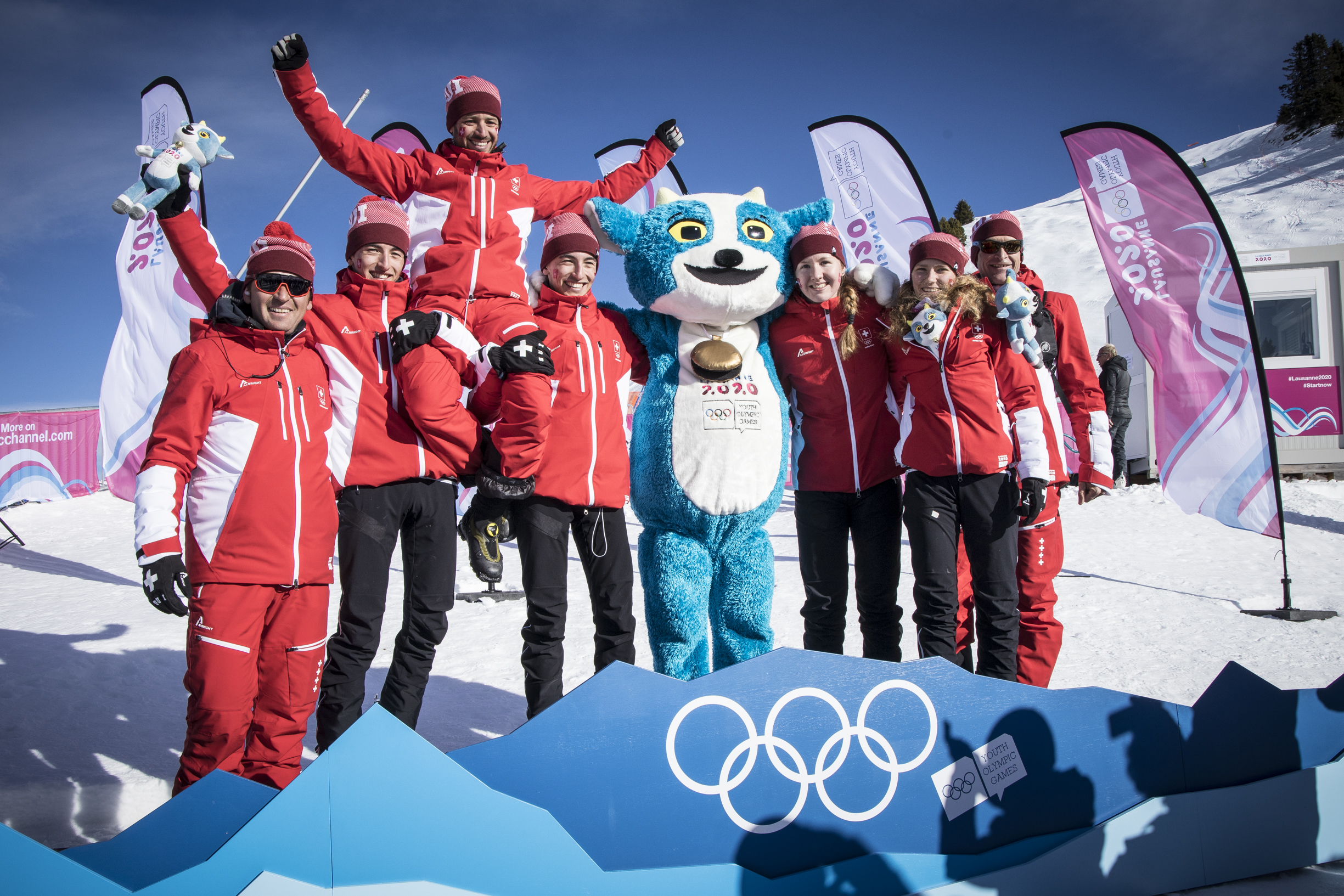 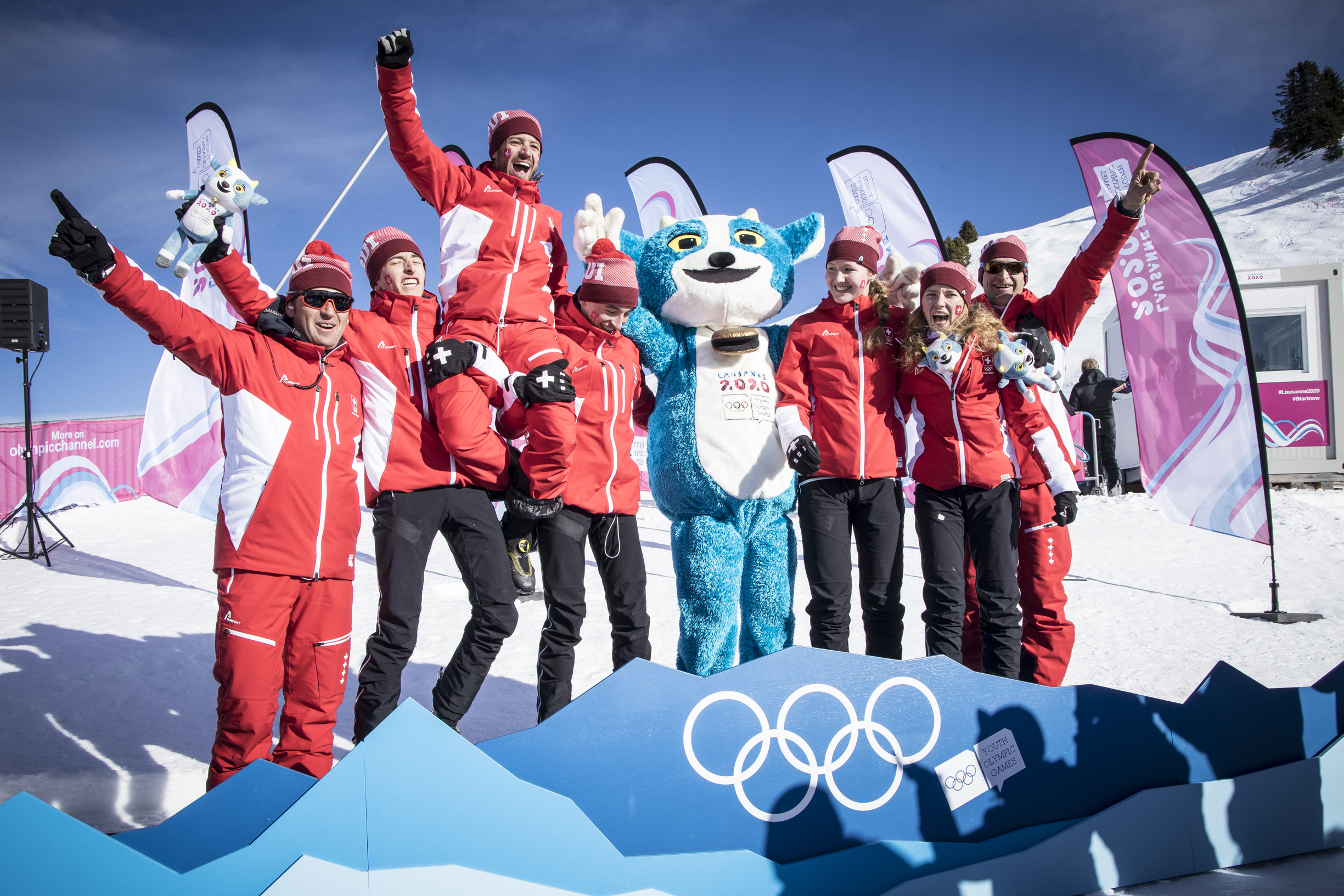 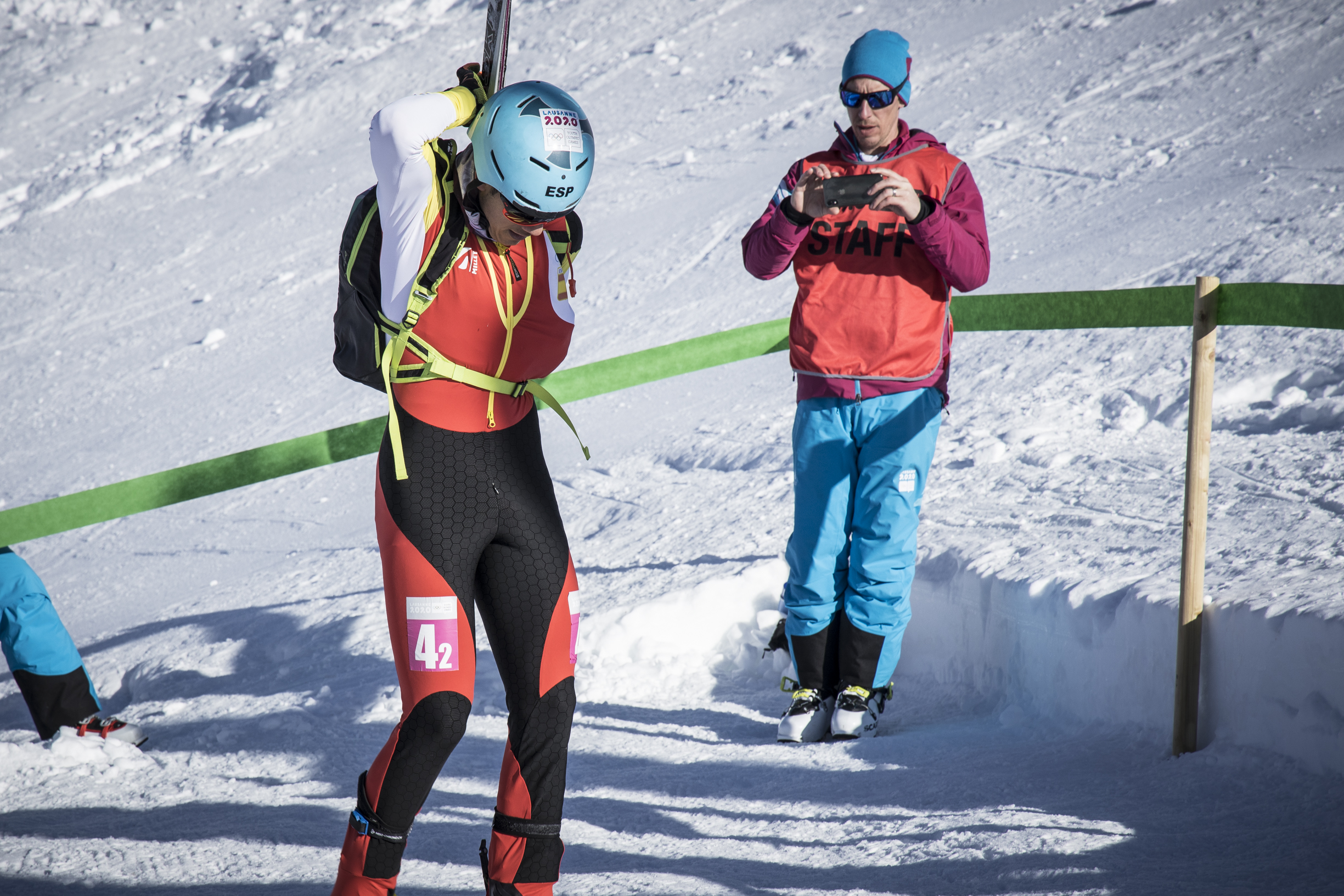 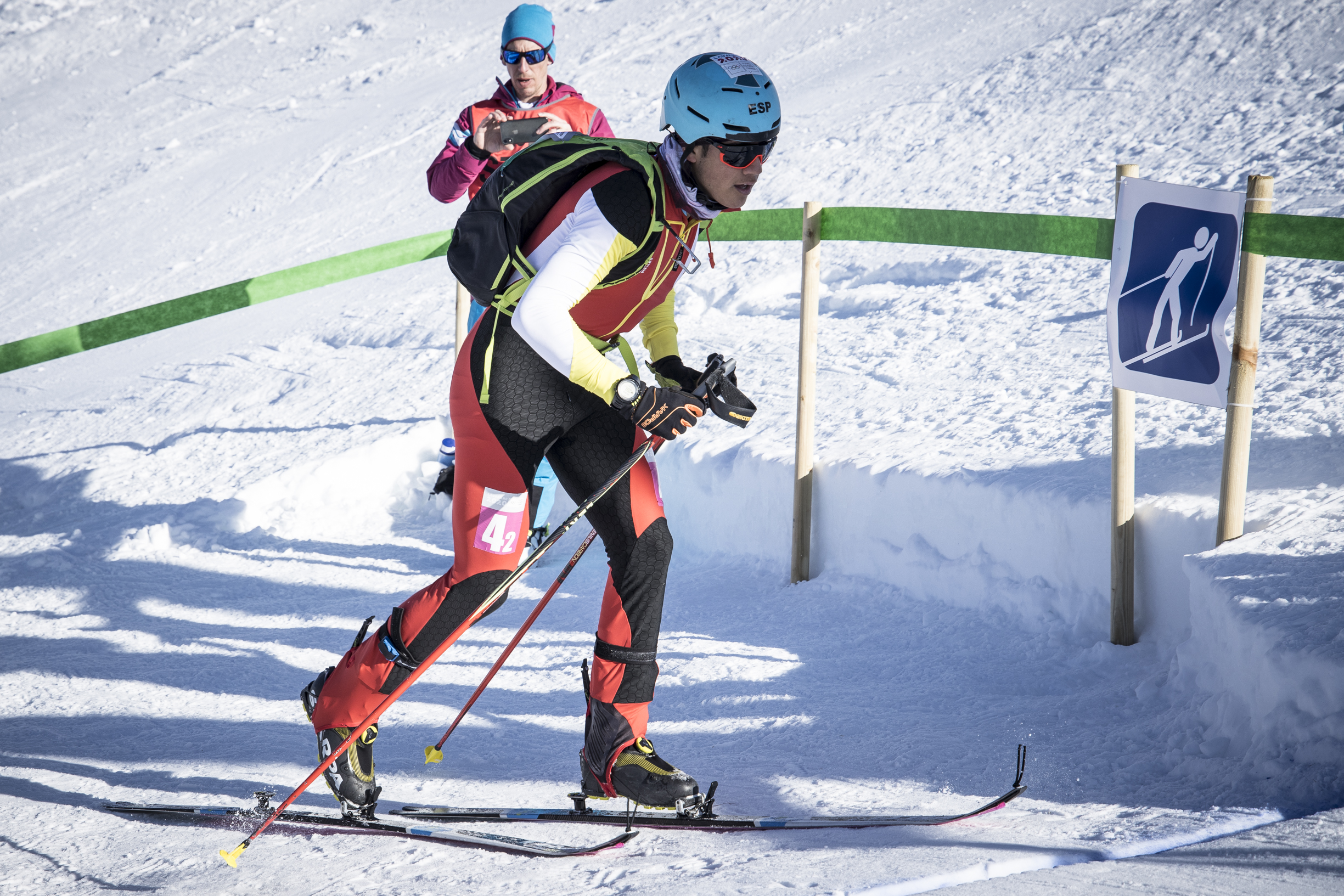 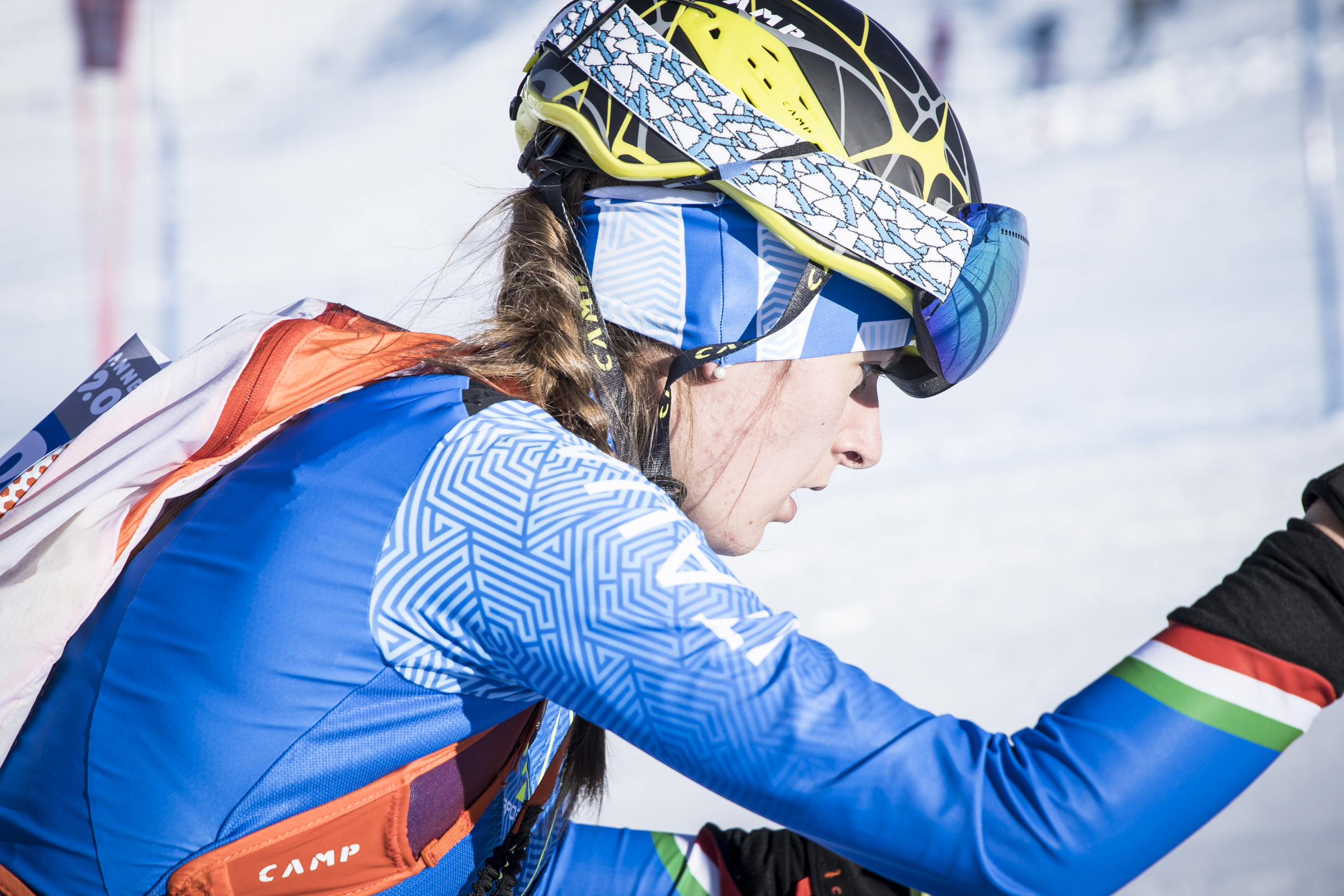 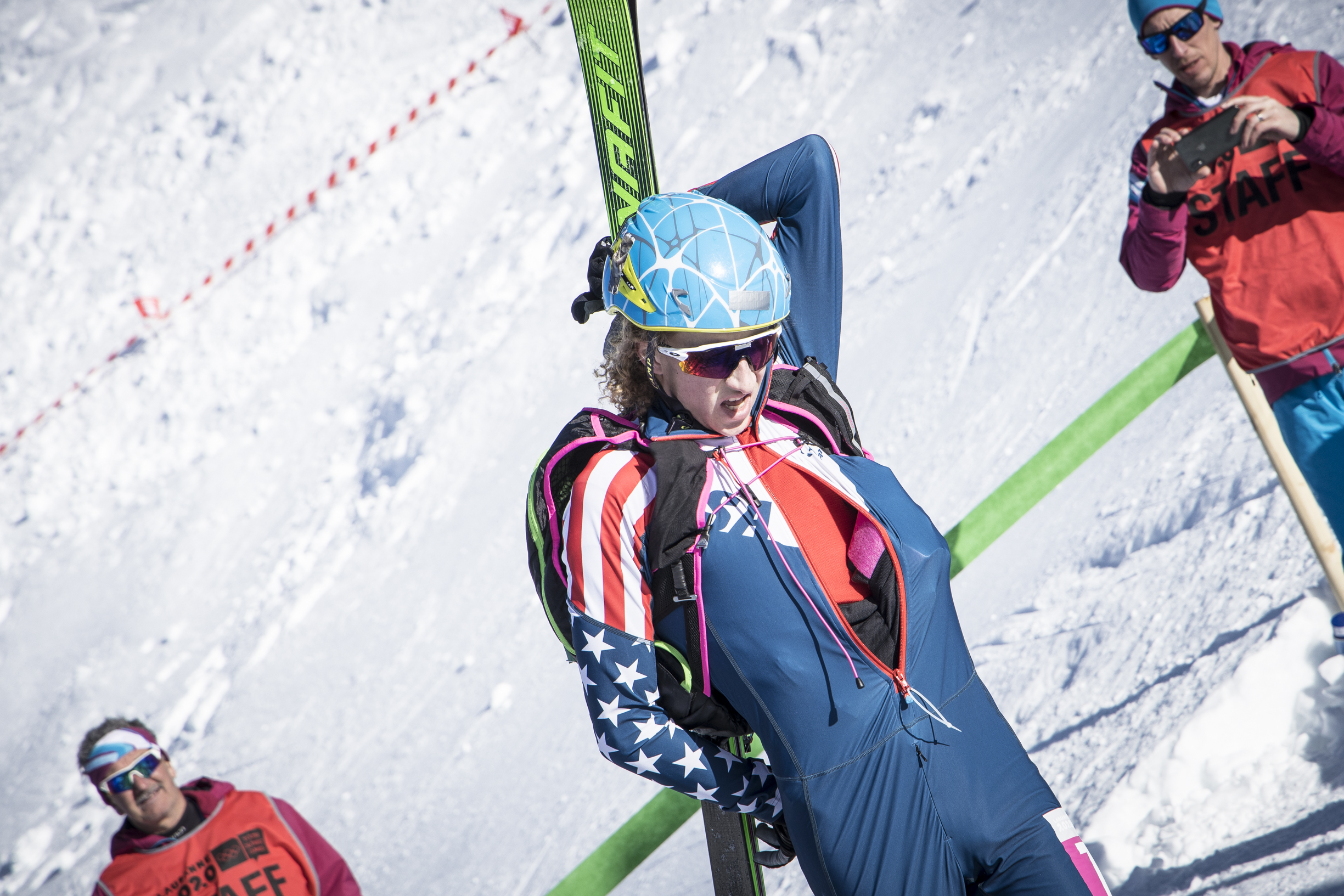 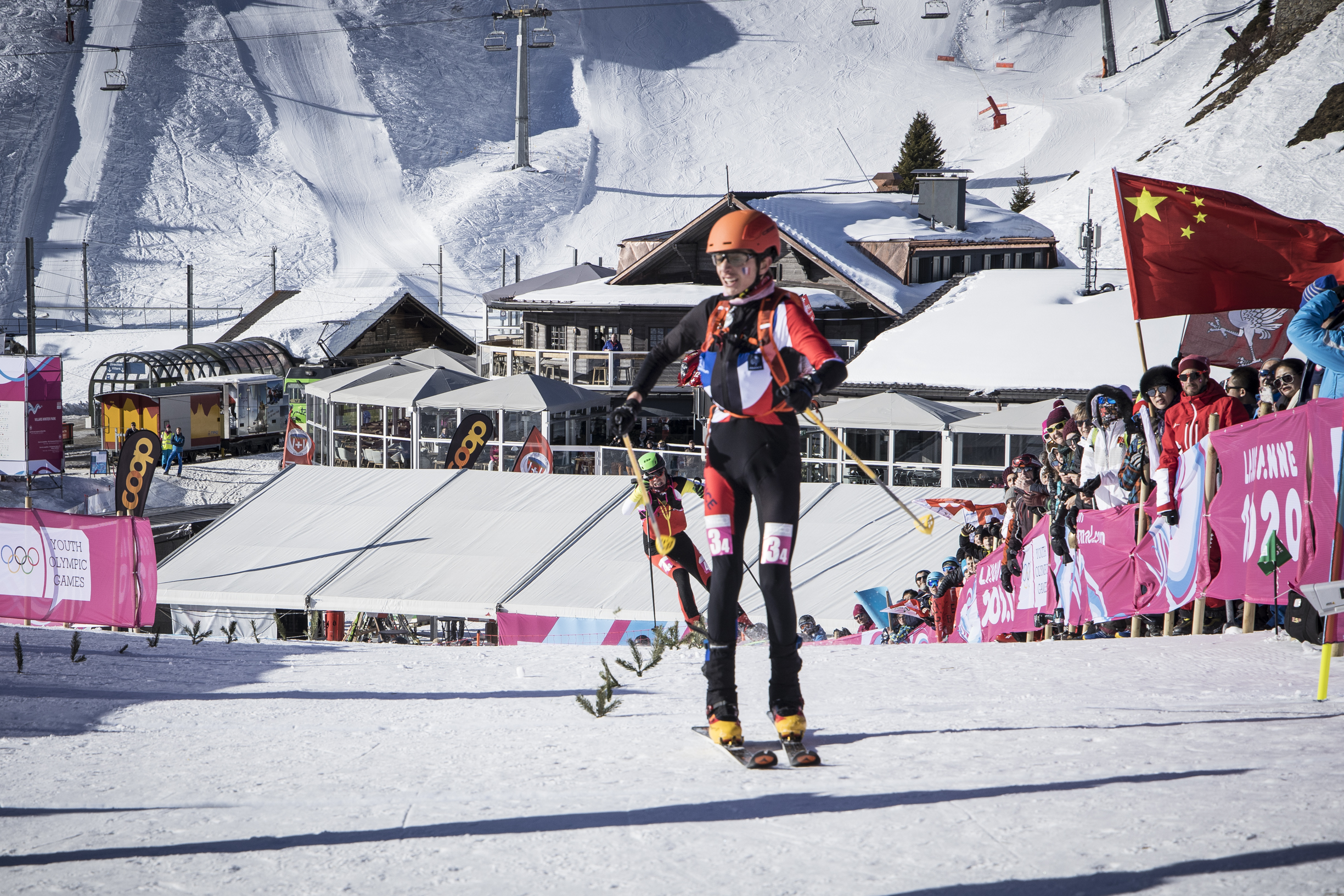 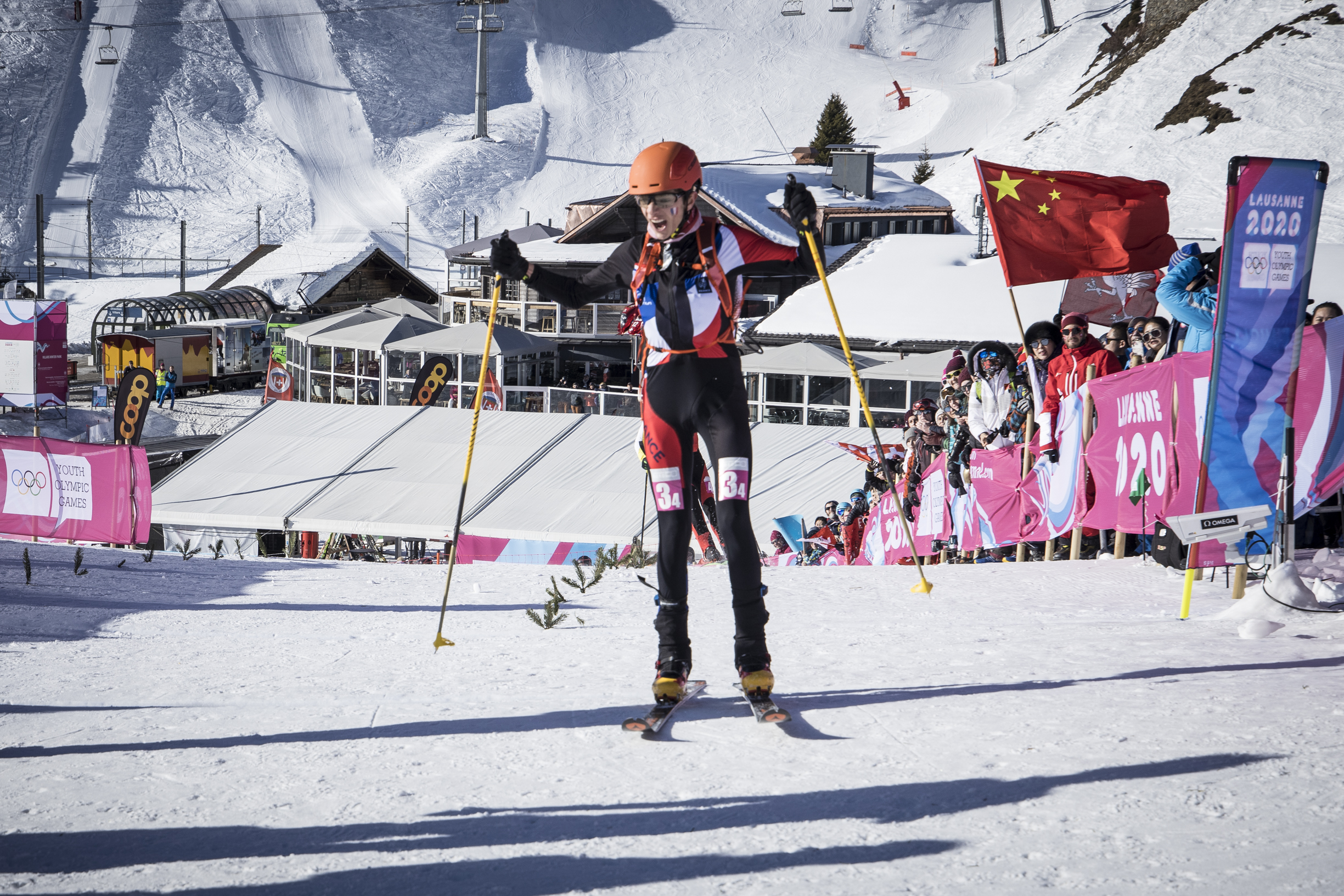 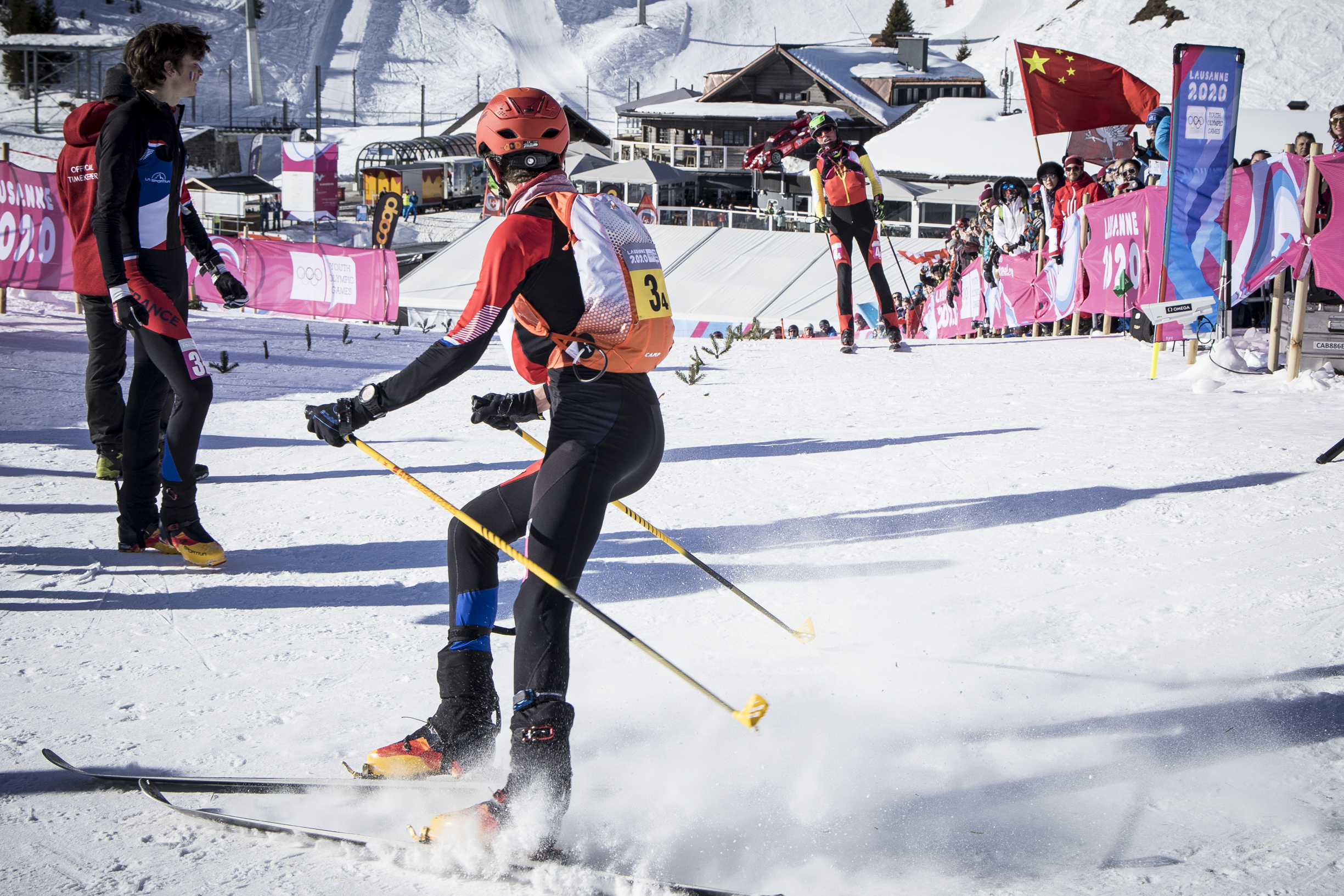 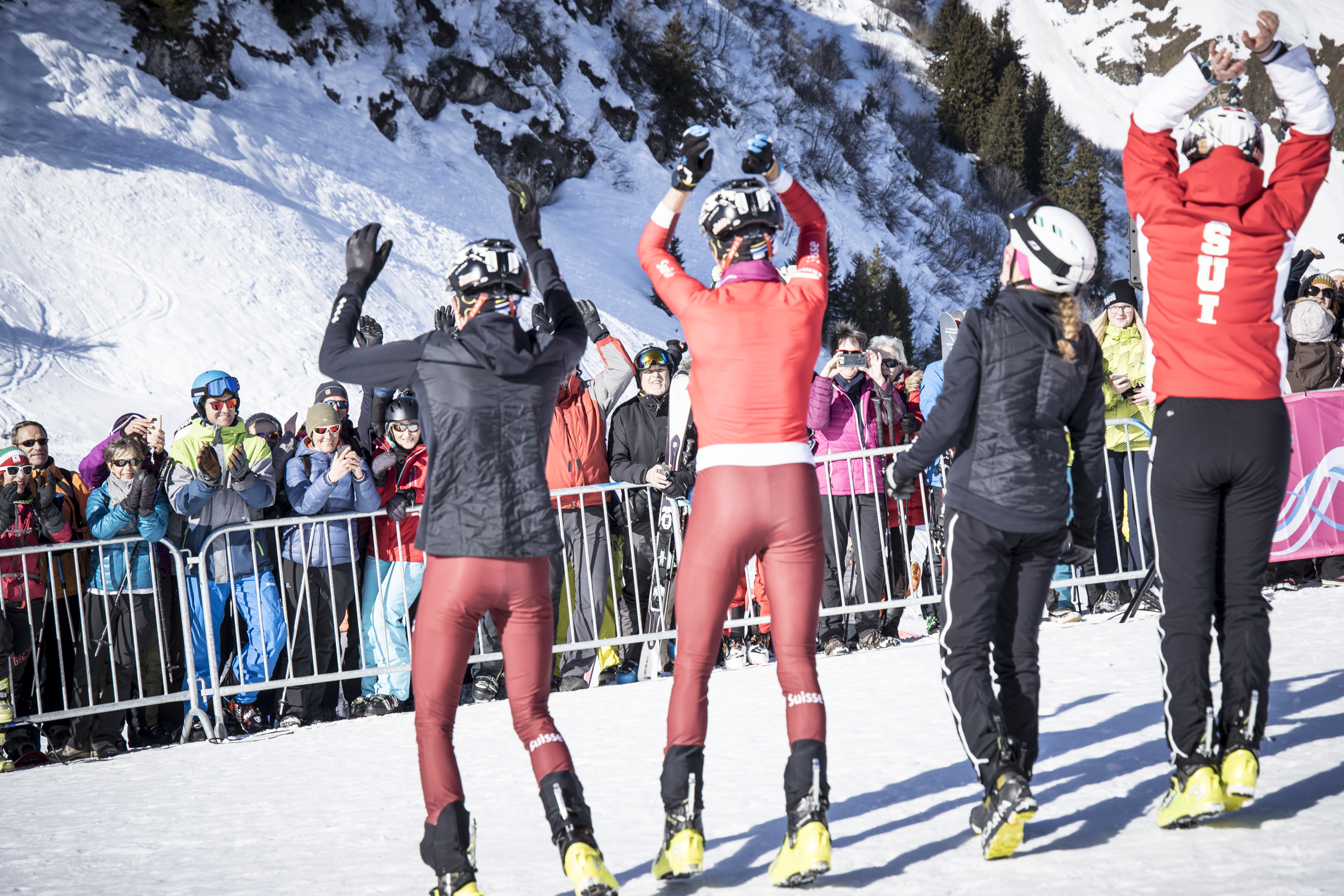 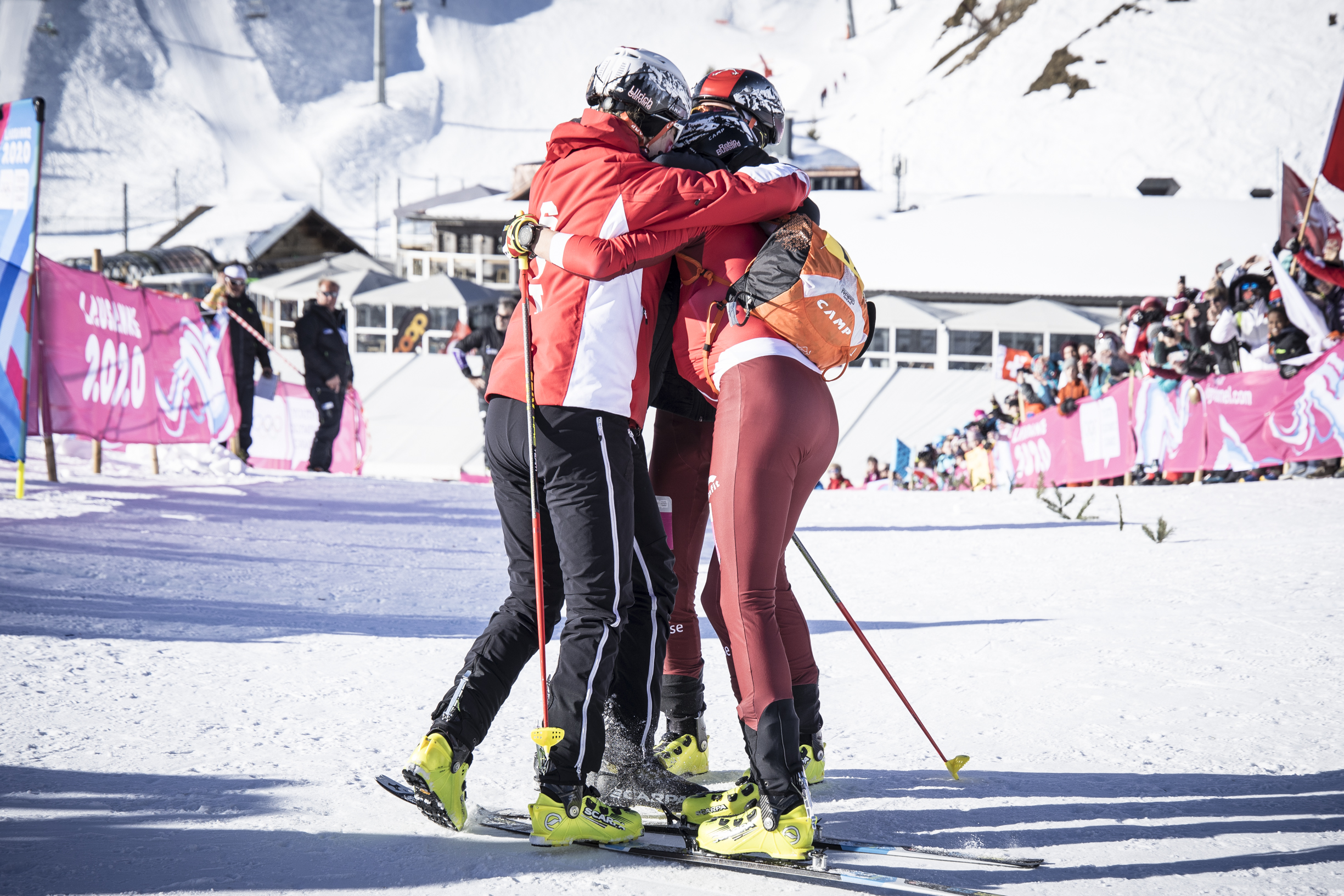 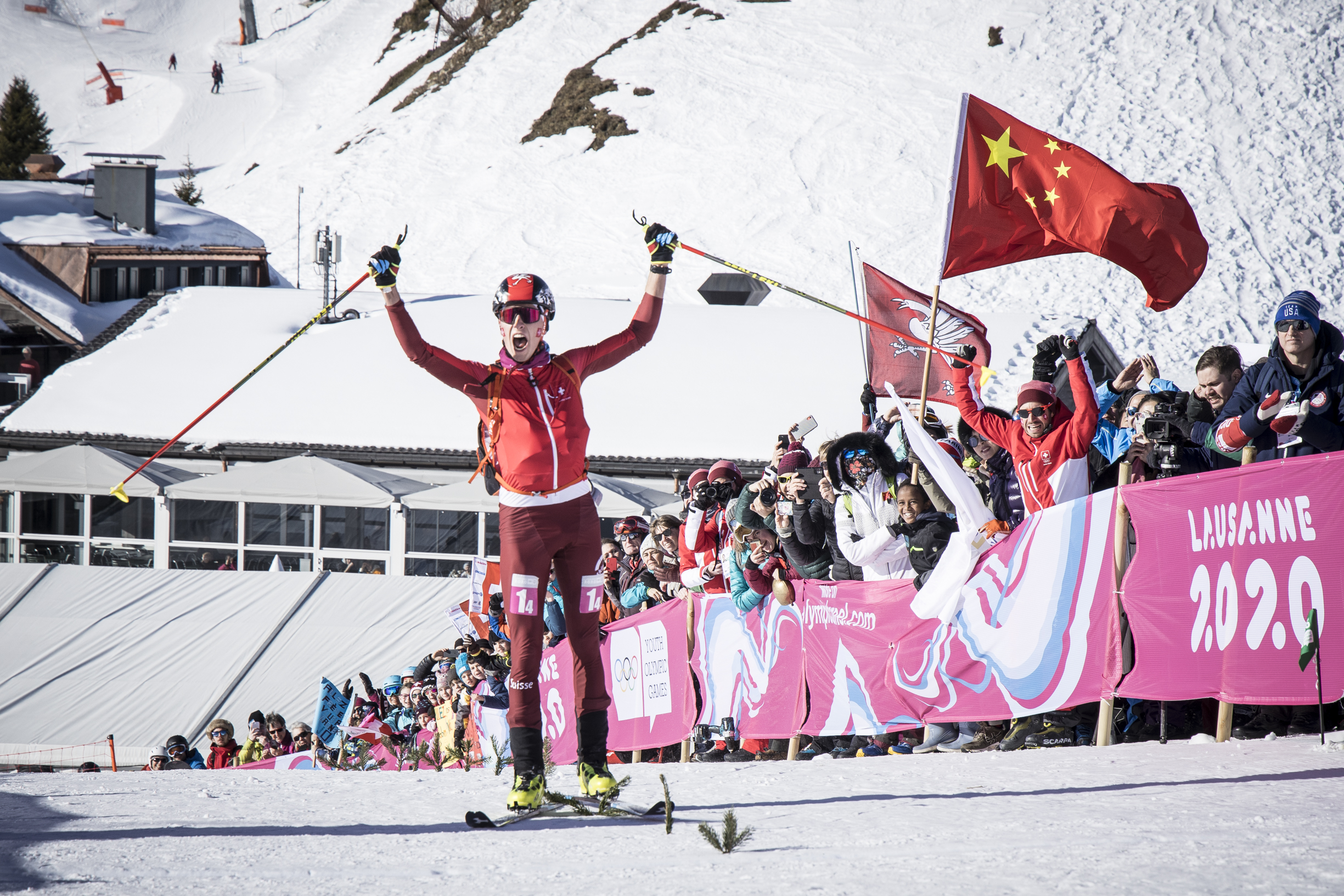