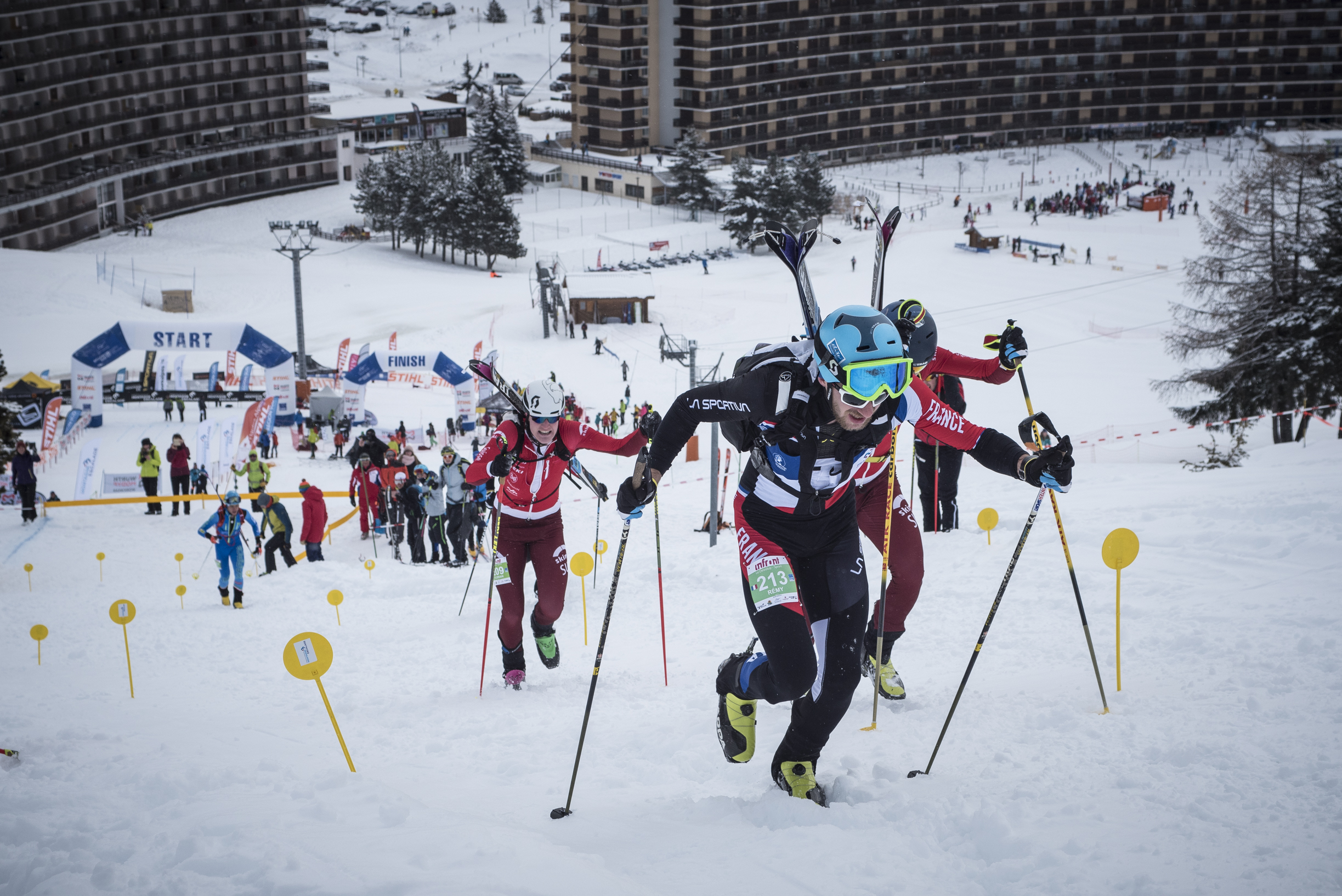 Patrick Perreten and Ekaterina Osichkina achieve the success among Juniors

Lausanne, 3rd February 2019 – The skimo athletes have bewitched the tourists of the Provençal ski resort of Superdévoluy. This morning, 24 hours away from the Individual race, the Sprint Race of the 2019 ISMF World Cup third stage saw 111 athletes representing 15 different nations on the track.

The route, highly spectacular and beautiful to follow, included the start in line, the entry into the diamonds, the traditional part on foot, some off-piste tracks and a tightrope descent to the finish line. Continuous accelerations, pulsations to the stars and the ability to know how to manage peaks of lactic acid were the winning combination of this second competition. Indeed, according to regulations, the athletes had to face qualification tests, quarter finals, semi-finals and finals. This escalation of emotions culminated in the super challenge of the magnificent six: Arno Lietha (SUI), Iwan Arnold (SUI), Thibault Anselmet (FRA), Robert Antonioli (ITA), Iñigo Martinez De Albornoz (ESP) and Hans-Inge Klette (NOR).

At the end, after keeping a very high rhythm, the Swiss Iwan Arnold crossed the finish line first with a time of 3’30” and his teammate Arno Lietha arrived immediately after him. The podium was completed by the Norwegian surprise Hans-Inge Klette.

Among Senior Women, the Swiss Marianne Fatton, after the victory of Bischofshofen, confirmed her excellent form by winning Sprint race before the Spanish Claudia Galicia Cotrina and the French Lorna Bonnel. Among Juniors, the leaders were Patrick Perreten (SUI) and Ekaterina Osichkina (RUS).

The French World Cup stage has just finished and the skimo athletes will have a short break, after three intense weeks during which they have challenged each other in as many as 6 races in beautiful locations such as Bischofshofen (Aut), Ordino (And) and Le Dévoluy (Fra). The next 2019 ISMF World Cup will take place on the Chinese snows before the highlight of the season: the World Championships in Villars-sur-Ollon (Switzerland). In March there will also be another leg in Switzerland, in Disentis, before the finals in Madonna di Campiglio (Italy) from the 3rd to the 6th April.