New athletes’ and coaches’ representatives for the ISMF 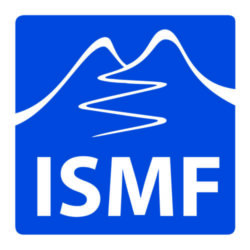 New ISMF athletes’ and coaches’ representatives have been elected during the ISMF World Championships which took place from 1 to 6 March 2021 in Andorra.

The concerned people, two athletes and two coaches, will have the task of representing the interests of their communities toward the bodies of the ISMF. According to the ISMF statutes, the athletes’ representatives will become a part of the ISMF Council which is the leading body of the federation.

The coaches’ representatives are Josef Gruber (ÖSV) as representative of the élite athletes and Malik Fatnassi (SAC-CAS) for the youth. They renew their previous mandate in this position.

The new athletes’ representatives are Marianne Fatton of Switzerland and the Italian Nicolò Ernesto Canclini. They replace Ekaterina Osichkina of Russia and the Belgian Maximilien Drion. As per ISMF Regulation, the mandated of the newly elected people will last until the next ISMF World Championships that will take place in 2023.

Thomas Kähr, the President of the ISMF says: “We’re all very happy to know that we can count on these loyal, experienced and competent representatives. A beneficial dialogue with athletes and coaches is of high importance for the further development of our sport as well as for the quality of decisions taken by the ISMF bodies. I also would like to thank Ekaterina and Maximilien for their efforts and availability.”

Endurance sports is the passion of Josef Gruber. After his international career as logistics and process manager, he graduated as sports scientist in sports management and training. In his career as an active athlete, he competed in numerous ironman races, participated in gigathlons and completed several ski mountaineering and ultra-trail races. With his sports agency, he organises triathlon and running events during summer and offers personal coaching and courses. Since 2016, he is the sports coordinator of ski mountaineering for the Austrian Ski Federation (ÖSV).

Ski mountaineering defines the life of Malik Fatnassi. As a qualified skimo trainer and ski instructor, he spends his time leading the Swiss national youth team, forming skimo instructors and developing the sport of ski mountaineering in Switzerland. He always bears in mind a quote by Mark Twain: “I did not know it was impossible, so I did it”. He works for the Swiss Alpine Club (SAC) since 2013 as a coach of the young athletes.

Marianne Fatton has been competing in the ISMF World Cup circuit representing the Swiss national team since the 2014/2015 season. Passionate about ski mountaineering and keen to be involved in its development, she will represent the female athletes inside the ISMF. She is particularly talented in the Sprint discipline, so much so that she won in this specialty also in the last ISMF World Championship held in Andorra. Furthermore, she won the ISMF Overall World Cup in the 2019/2020 season. In addition to her sports activities, she is studying at a pedagogical school in Switzerland to become a teacher. 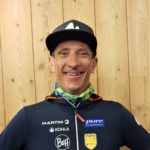 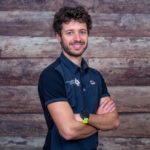 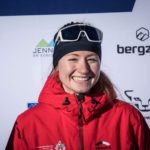