It was great triumph for Italy on Canalone Miramonti in Madonna di Campiglio, where

spotlight were all on the ISMF Sprint race

Michele Boscacci shone among his adversaries and became both winner of the Sprint race and 2018 World Cup overall. Robert Antonioli was disqualified because he used skis too light compared to the rules.

The French Laetitia Roux triumphed among women. She led the race from first stages until the end of the race track. She overcame the Swiss Marianne Fatton (First place Under23 category) and the Spanish Marta Garcia Farres. Alba De Silvestro (ITA) who began the race with a slow rhythm however took the fourth position, followed by Katia Tomatis (ITA) in fifth position.

The senior men race was really exciting, it was drawn in a track 600m long, with a positive difference in height of 95m. Michele Boscacci and Nicolò Canclini dictated the gait of the inversions, chased by a gritty Iwan Arnold. In the ascend section, Michele Boscacci, with his skis in the rucksack, increased the rhythm, Canclini toiled, Arnold endured, while Maguet reached the second place from the fifth one just in the last part of the track.

The undiscussed winner is Michele Boscacci, followed by Nadir Maguet and the Swiss Iwan Arnold. William Bon Mardion and Nicolò Ernesto Canclini took respectively the fourth and the fifth positions.

Nicolò Canclini (ITA) reached the first position in the Under23 category, while the second position of the podium went to Arnaud Gasser (FRA). Thibault Anselmet (FRA) took the third place.

Today is a day of rest, dedicated to the Sprint race and Vertical Specialty Cup awarding ceremonies. The World Cup finals will be back tomorrow morning in the Ski Alp Dolomites of Brenta for the Individual race, which will award the absolute winner titles of the 2018 ISMF World Cup. 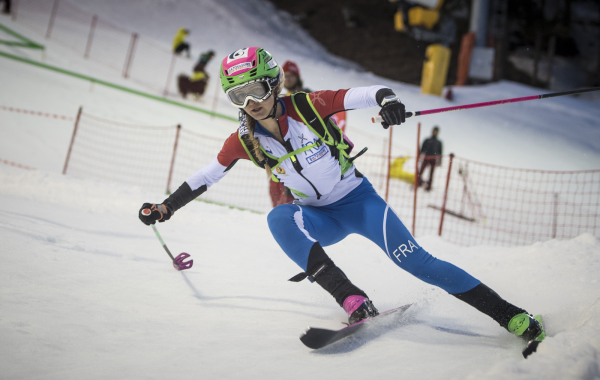