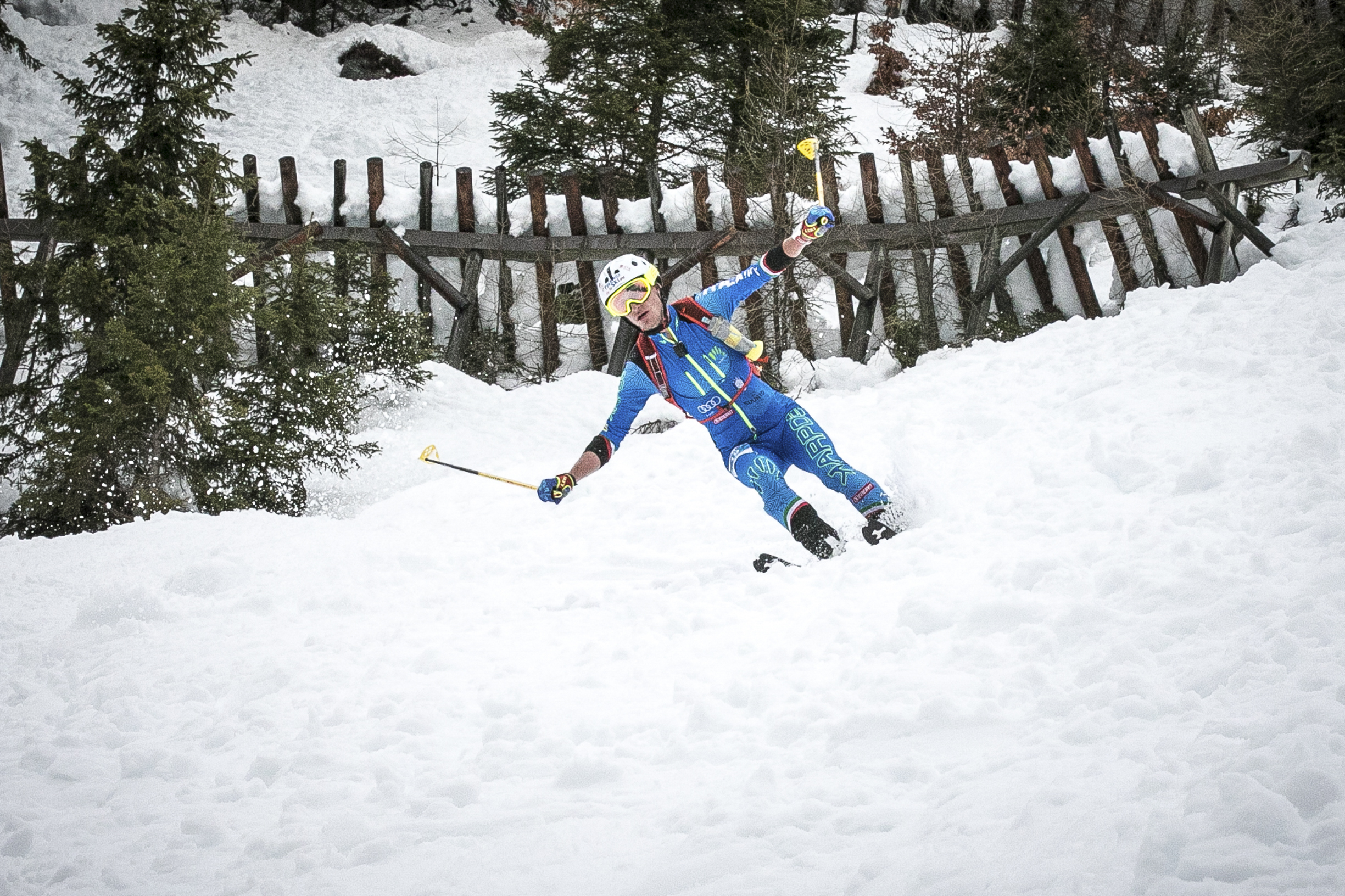 Lausanne, 6th April 2019 – The Italian flag flapped in Madonna di Campiglio in the last act of the 2019 ISMF Ski Mountaineering World Cup. The Local Organising Committee coordinated by Adriano Alimonta has proposed the Individual race on an alternative route around the Spinale Mount with a suggestive arrival in “Piazza Sissi”, in the heart of the village. After the Swiss domination of the first two days, today the Italian national team has triumphed. Indeed four victories has come in six different categories and even two podiums has been completely Italian (Senior Men and Junior Men), with six Italian athletes among the first eight in the Senior Men race. The Overall Cup went to Robert Antonioli among Seniors, Giulia Murada among Espoirs and Giovanni Rossi among Juniors. Last but not least, four Specialty Cups of Individual for Robert Antonioli, Davide Magnini, Giulia Murada and Giovanni Rossi.

The winners of the day has been Matteo Eydallin (ITA) and Axelle Gachet Mollaret (FRA) among Seniors, the Italians Davide Magnini and Giulia Murada for the Espoirs, Giovanni Rossi (ITA) and Ekaterina Osichkina (RUS) among Juniors. Anyway, the real Italian masterpiece has arrived from the men’ competition, with a development of over 13.5 kilometres, a difference in height of 1670 metres, three ascents and three descents. The Piedmontese athlete from Salice d’Ulzio Matteo Eydallin has dominated the competition, confirming to have a special feeling with the location of Madonna di Campiglio, considering that in the past he won four times between the World Cup and the Ski Alp Brenta Dolomites race. However his affirmation has not been so easy, since on the first part near the Spinale cable car, the teammate from Albosaggia Michele Boscacci took the command of the group. In the part with the skis in the backpack, nevertheless, Eydallin has moved close and they faced the following two laps together, but in the last descent the Piedmontese athlete put the turbo and detached his teammate. Matteo Eydallin crossed the finish line in “Piazza Sissi” with a time of 1h28’47″, leaving Michele Boscacci in the second position with a difference of 26 second and the young Davide Magnini (ITA) in the third one, at his first ever podium among Seniors. The athlete coming from Trentino hardly tried to win the Overall ranking in the Espoir category and at the end he managed the victory. Robert Antonioli (ITA), winner of the 2019 Overall ranking, took the fourth position, followed by the Swiss Martin Anthamatten and the French William Bon Mardion. Other two Italians, William Boffelli and Federico Nicolini, has arrived seventh and eighth, to seal the great day for Italy with six Italian athletes among the top eight. In the Espoir category Davide Magnini triumphed over the two French opponents Thibault Anselmet and Samuel Equy.

Among Women, on a track of 12 kilometres of development and 1458 metres of difference in altitude, Axelle Gachet Mollaret (FRA) has imposed, managing to detach Alba De Silvestro (ITA), who has been the leader of the group for the first two laps. At the finish line the gap between the two athletes was of 1’52”, while the third place has been the prerogative of another French, Lorna Bonnel. The sixth position has been for the young Giulia Murada, who turned out to be the best among Espoirs, conquering the Overall and the Individual Cups, ahead of the Swiss Arina Riatsch and the French Lena Bonnel.

Among Junior Men the podium has been again completely Italian. The winner of the Individual race has been Giovanni Rossi, a thoroughbred from Valtellina, who finished his challenge with a time of 1h27’5″, ahead of the Italian twins Fabien and Sebastien Guichardaz. At the end, among Women, who experimented on a track of 8 kilometres with a difference in height of 854 metres, there was again the umpteenth affirmation of the Russian Ekaterina Osichkina, who detached the Italian Samantha Bertolina (2° place) by more than 8 minutes and the French Malaurie Mattana (3° place).