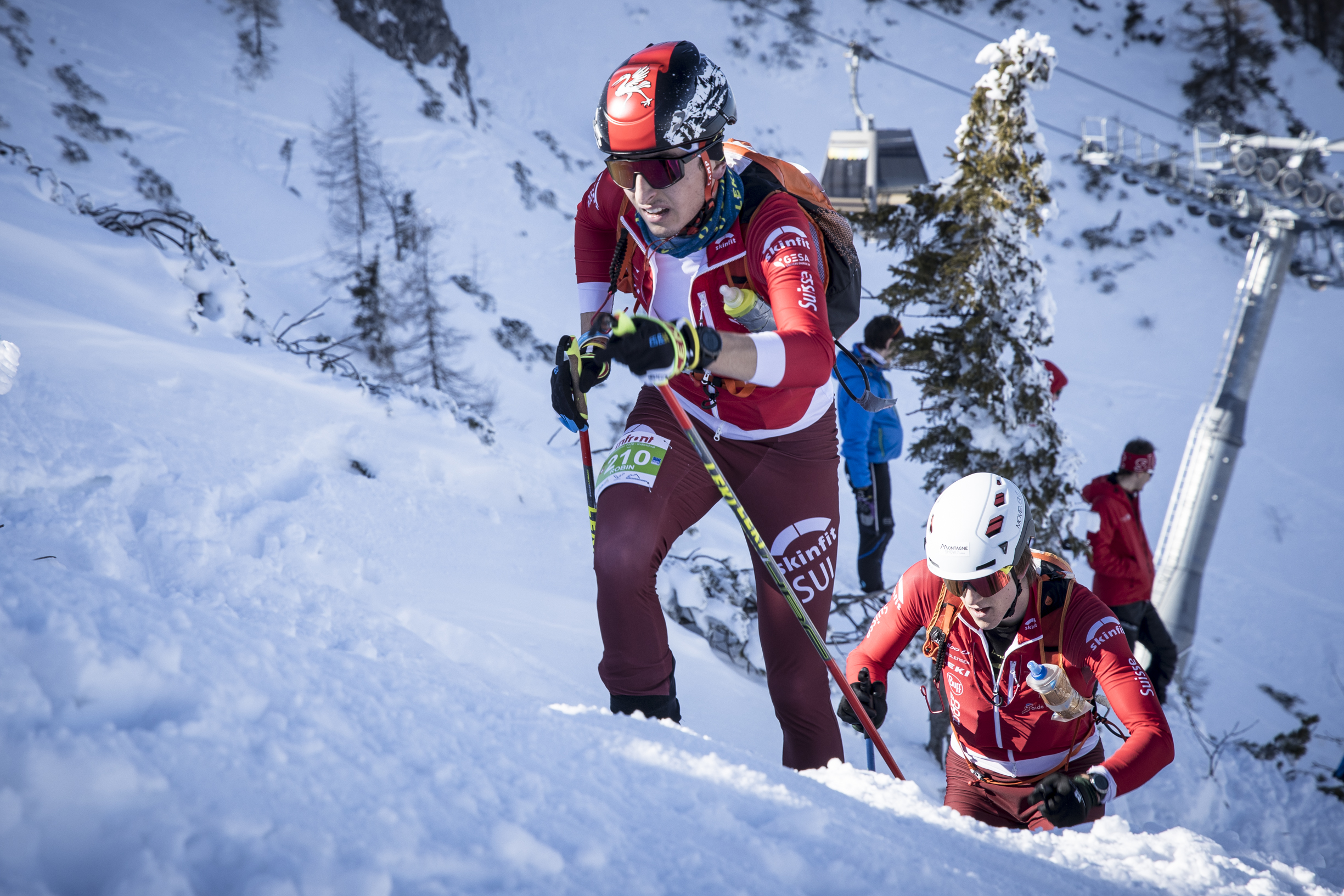 In the Junior category the success was for Aurélien Gay (SUI) and Lisa Moreschini (ITA), whereas Davide Magnini dominated also among Espoirs together with his teammate Giulia Murada

Lausanne, 8th February 2020 – Second day of competition today in Berchtesgaden, where the third stage of the 2019/2020 ISMF World Cup reached the highlight with the Individual race. Just enough time to put archive the Vertical race of yesterday and the athletes from 18 National Federations had to reconnect the bindings to confront each other again on a technical track set around the slopes of the beautiful Jenner ski area. The Senior Men had to face 1600 metres of positive height difference divided in 5 ascents with a lot of parts on foot. Scuffle was supposed to be and scuffle has been with the home champion Anton Palzer, who had promised sparks for the audience already on the eve of the competition.

Immediately after the start, however, it has been Michele Boscacci (ITA) who took the command of the race, followed by the wild teammate Davide Magnini, while Nadir Maguet (ITA), Matteo Eydallin (ITA), Robert Antonioli (ITA) and Anton Palzer (GER) were proceeding behind them. At the end of the first ascent the two Italian athletes were still in the lead, but neither of them wanted to take the initiative, it was too early. The situation has not changed even in the second uphill section. At the start of the third one Davide Magnini tried to change the rhythm in order to reach Michele Boscacci. Behind them there were Matteo Eydallin, Nadir Maguet and Anton Palzer competing for third place. The penultimate ascent was decisive for the young Italian athlete, since he started to gain precious metres on Michele Boscacci, who afterwards also lost the second position. Almost at the arrival near the Jenner cable car station, in the last uphill section, Davide Magnini continued his action with a frantic pace, not allowing his opponents to get closer.

At the end the young competitor from Trentino closed his race incited by an audience of the great occasions, stopping the time at 1h11’47”. Matteo Eydallin confirmed the second position with a delay of 45’’, while Nadir Maguet got the third step of the podium with a total time of 1h12’46’’. Michele Boscacci and the home athlete Anton Palzer arrived respectively fourth and fifth.

In the Senior Women‘s race, Italian Alba De Silvestro was absolute dominant in this second race scheduled for the German weekend. The athlete has always been in the lead with Swiss Marianne Fatton behind her who could not keep up her pace.

Therefore, Alba De Silvestro has won the Individual race with a time of 1h15’54’’. Marianne Fatton reached the second place, while Spanish Marta Garcia Farres has managed to gain the third one.

Among Juniors, the success has been for Aurélien Gay (SUI) and Lisa Moreschini (ITA). The podium has been completed by Léo Besson (SUI) and Paul Verbnjak (AUT), while among Women by Samantha Bertolina (ITA) and Caroline Ulrich (SUI).

The last race of this World Cup weekend in Germany will take place on Sunday morning. The skimo élite will compete on a spectacular track for the Sprint race. 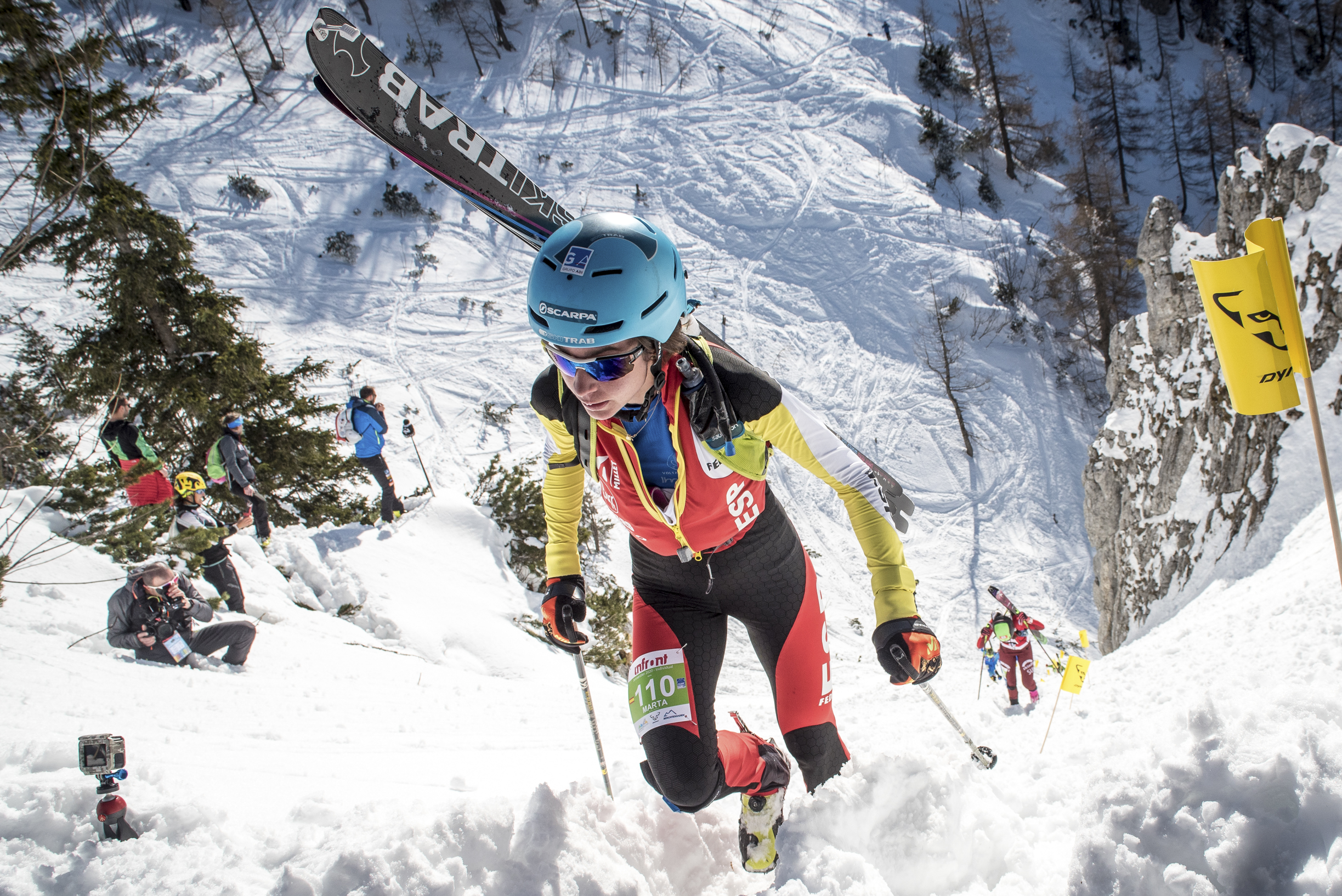