It is almost time for the beginning of the 2018/2019 Ski mountaineering World Cup! 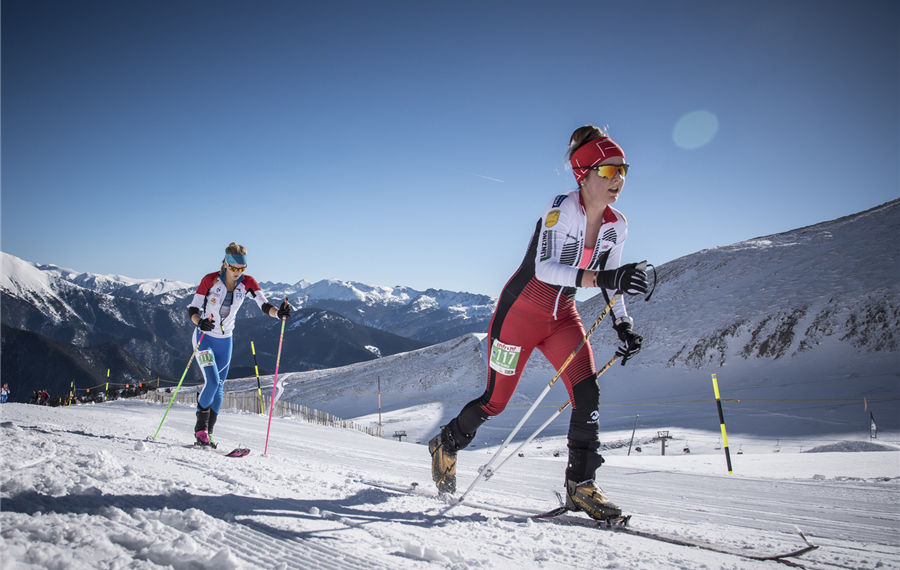 The first stage, indeed, will be from January 18th to 20th 2019 in Bischofshofen (AUT) – Erztrophy with a Sprint race at night that will develop in the lower part of the jump stadium and will give a great sporting performance. The day after there will be the classic Individual competition on the beautiful Austrian mountains of Hochkönig. On January 27th and 28th 2019 the ski mountaineering tornado will move to Andorra (AND) in occasion of the traditional event of Font Blanca that will include an Individual competition and a Vertical one with streaming live. Then it will be the turn of a new location, Super Dévoluy, situated in the South-West France, which will propose an Individual race on the course of the famous Grand Trace and a Sprint race. The Chinese event will take place from February 20th to 22th 2019 in the far away Beidahu (Jilin province), where there will be carried out three competitions: Individual, Vertical and Sprint races.

The caravan of the Ski mountaineering World Cup will return to Europe for the great event of the World Championships, scheduled from March 9th to 16th 2019 in Villars-sur-Ollon (CH), during which the World Champions titles in all disciplines will be assigned. Naturally there will also be included the spectacular Team race, which will see the strongest national teams create an exciting competition, long and always at the highest level. The World Championships of the International Ski Mountaineering Federation (ISMF) represents the most important event for all the National Teams of the 35 Federations belonging to ISMF. We talk about an intense and wonderful week, able to give to athletes, technicians and fans a lot of unique and unforgettable emotions. The ISMF World Champion title in all specialties (Vertical, Individual, Team, Sprint, Relay) is the goal of all the best athletes in the world and is awarded only every two years and exclusively by ISMF, considered as an International Federation recognised by the International Olympic Committee. The 2019 World Championships in Villars-sur-Ollon will be a real test-event for the Lausanne 2020 Youth Olympic Games, which will be hosted in the same locality and which will see ski mountaineering included in the Olympic programme for the first time.

However, the ISMF World Cup will also present other two big events. The first, Trofea Péz Ault, is a novelty and it will take place on March 23rd and 24th 2019 in Disentis, in the Swiss canton Grigioni, with an Individual competition and a Vertical one. The second will be in Italy, in Madonna di Campiglio, from April 3rd to 6th 2019, where on the Dolomiti di Brenta the last races of the season will be carried out. On this occasion the World Cups of specialty and the absolute men’s and women’s World Cup will simultaneously awarded.

The 2018/2019 ISMF calendar will certainly be animated and challenging. Indeed, it will see, among the ISMF Series, some prestigious races with many aspirations for a future in the ISMF World Cup: the US Pan American Cup on December 14th and 15th 2018 in Summit County, Colorado (USA), the Red Fox at Elbrus Mount (RUS) on May 2nd 2019 and at the end the Kamchakta Race (RUS) on May 3rd and 4th 2019.

Among the under consideration projects, which will be formalised for the 2019/2020 season, people can find:
• ISMF Master World Championships
• ISMF Long Distance World Championships (Individual and Team) – The ISMF is the unique world governing body for all matters concerning ski mountaineering competitions and therefore it is the only organ able to award the title of World Champion to an athlete for all specialties: Individual, Vertical, Sprint, Team, Relay and Long Distance. In relation to this, as all other ISMF events the Long Distance Championships will be organised in accordance with the ISMF rules and regulations and with the fully regulatory respect for the sustainability practices typical of all our events. In addition the ISMF pays a lot of attention to anti-doping controls, which it does thanks to the agreement with the International Testing Agency (ITA) and in compliance with all the rules established by the World Anti-Doping Agency (WADA).
• ISMF Vertical Km World Record

The news for the next season also concern a renewed website (http://www.ismf-ski.org), that will allow an easier access to calendars, rankings, information, texts and news, but especially to a very complete gallery of videos and images also visible on ISMF social networks.

The Ski mountaineering World Cup and World Championships will be broadcast by many networks around the world that will allow the many fans to live a season of ski mountaineering that promises to be exciting and extraordinary.

Follow the World Cup and the ISMF Ski mountaineering World Championships and you will live the extraordinary show of ski mountaineering and support the greatest champions from all over the world! 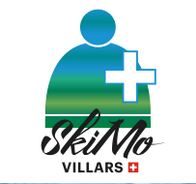 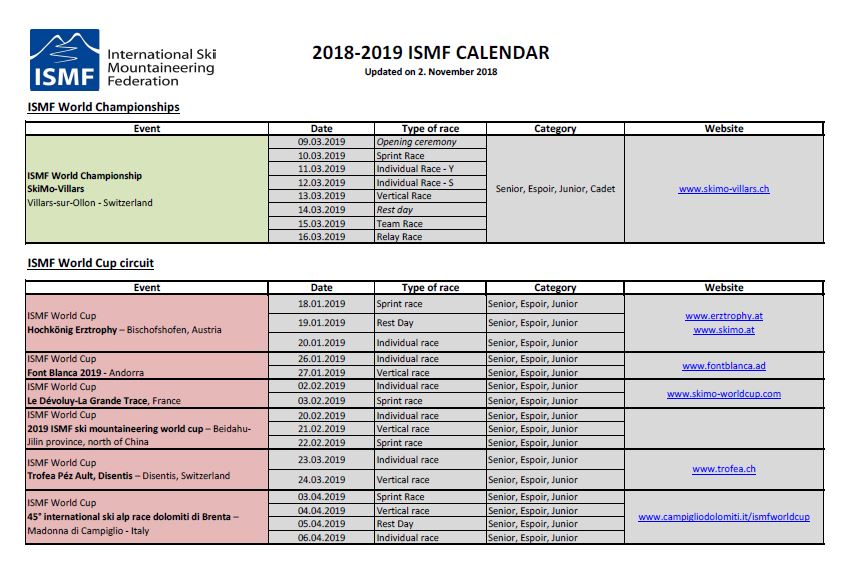