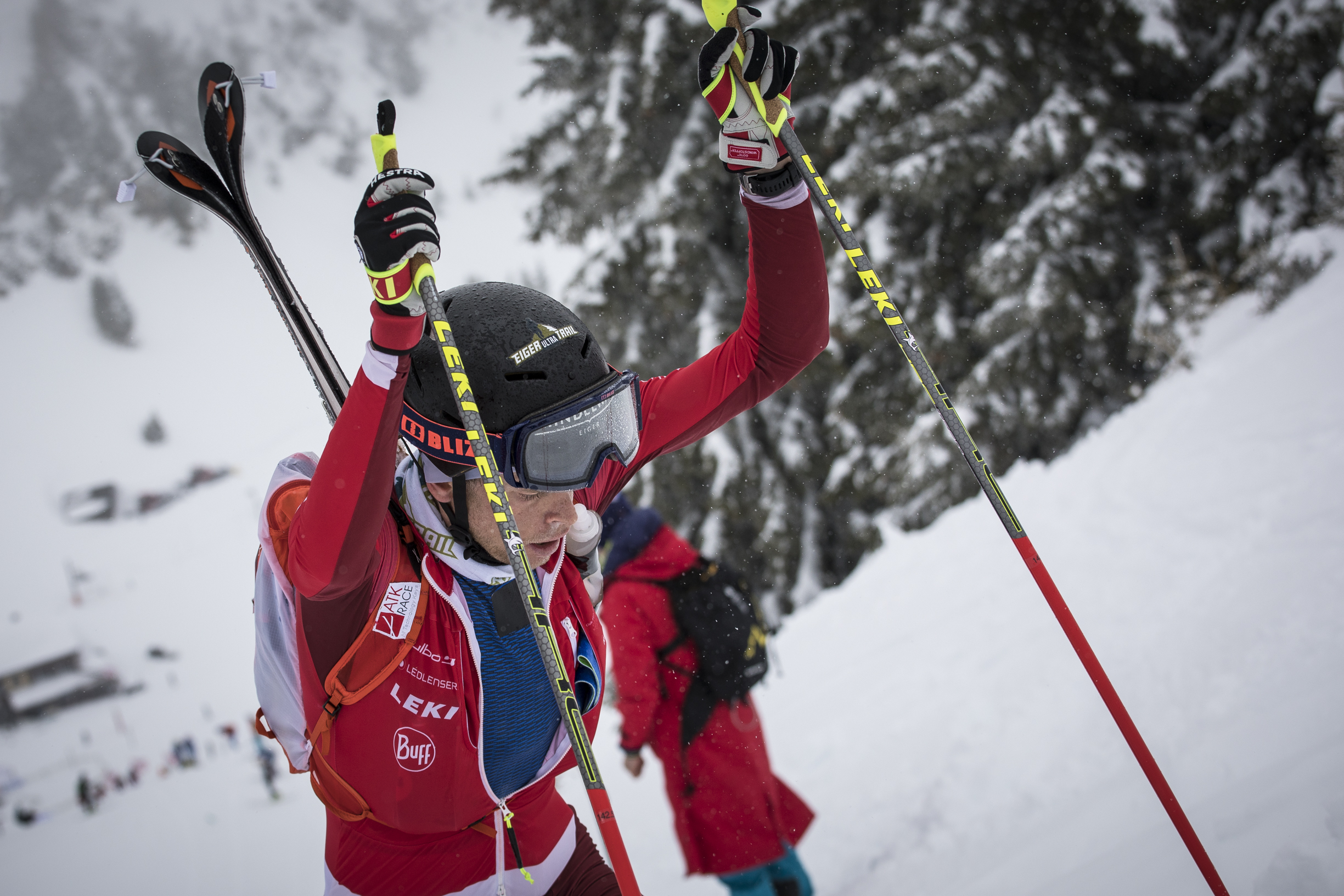 Lausanne, 15th March 2019 – In Villars-sur-Ollon (Switzerland) on Friday in the early afternoon the penultimate race of the Ski Mountaineering World Championships took place.

Unfortunately the snowfalls and the wind at heights, which have characterised the World Week in Villars, was non-stop even for the day of the queen among the Ski mountaineering races, forcing the insiders to work overtime to set up a reserve course.

The departure, moved to the centre of the village, was scheduled at 1 pm. Only after a few hundred metres the Swiss team composed by Rémi Bonnet and Werner Marti took the command of the race chased by the couples of Robert Antonioli-Michele Boscacci (ITA), Samuel Equy-Alexis Sevennec (FRA) and Matteo Eydallin-Nadir Maguet (ITA).

In the second ascent the Swiss gained again some few seconds, while the French Equy-Sevennec had recovered in the second position behind them. In the part on foot, at the end of the second uphill, the Italians have resumed the second position, while in third place there was the duo Matteo Eydallin-Nadir Maguet. All the pursuing teams had very little distance to each other.

The leading pair showed up on the final straight in perfect solitude, stopping the stopwatch at 50’37’’ and getting a prestigious gold medal. The couple of Michele Boscacci and Robert Antonioli arrived on the second step of the podium with a delay of 56”. The third place has been of the other Italian twosome formed by Matteo Eydallin-Nadir Maguet.

Among Women, the two French Lorna Bonnel and Axelle Gachet Mollaret led the race from the first metres, followed by Alba de Silvestro and Giulia Murada (ITA) and behind them Jennifer Fiechter and Marianne Fatton (SUI).

At the end Lorna Bonnel and Axelle Gachet Mollaret won the gold medal with a time of 1h01’27”. The silver medal of the final ranking has been for Alba De Silvestro-Giulia Murada while the Swiss Jennifer Fiechter-Marianne Fatton reached the third place.

Once awarded the medals of the Team race, tomorrow there will be the last competition of the ISMF 2019 World Championships, the Relay race. It will be divided into three parts. The first will be reserved for the youngsters (Juniors and Cadets) with mixed teams formed by three elements. Then the Senior Women competition will take place with relay teams composed by three people and finally the Senior Men, where the best athletes of Ski mountaineering in the world will compete in teams of four competitors each one.