In Villars-sur-Ollon, in the Relay race, Italy won the last gold medal at the Ski Mountaineering World Championships 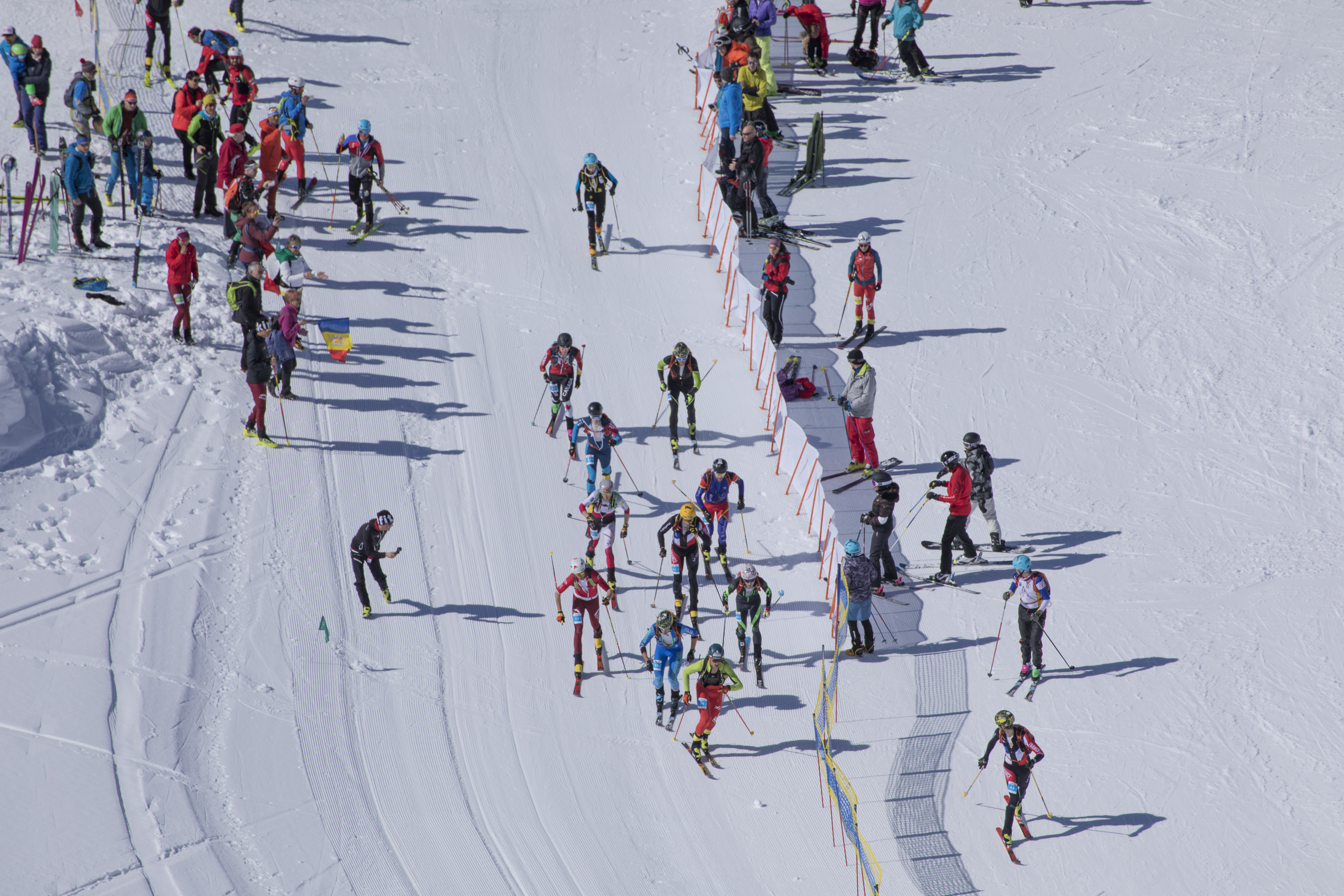 Lausanne, 16th March 2019 – On Saturday morning the last act of the Ski Mountaineering World Championships took place on the Swiss snows of Villars-sur-Ollon. Finally in Col de Bretaye the sun appeared giving to the 31 nations present a show of absolute level.

The proposed race track was along the lines of the Sprint race of Sunday, with the addition of a second short ascent. The programme of the race included first of all the departure of the young people. In this case the teams had to be formed by a Cadet, a Junior and a Girl. In this first competition it was the Swiss team (Bussard, Perreten, Ulrich) to win against Italy (Tomasoni, Bertolina, Rossi) and France (Garcin, Damevin, Tonso). The victory has been decided in the last part of the challenge, when the Italian Luca Tomasoni was overtaken by the Swiss opponent, while France arrived in third position.

Switzerland crossed the finish line with the time of 24’51”, whereas Italy and France respectively stopped the clock at 25’27” and 26’40”.

Immediately afterwards it was the turn of the Senior Women to take the field with teams always formed by three elements.

Starting from the start it was the Italian team with Alba De Silvestro to take the lead of the competition. The first position was maintained by the colleagues Giulia Murada and Mara Martini until the last change, when the French Axelle Gachet Mollaret, once received the baton, put Mara Martini in the sights and after the first ascent he had already taken the lead of the race.

At the end Axelle Gachet Mollaret brought the gold medal to her teammates Lorna and Lena Bonnel with a total time of 25’49”.

It was the male competition to close the day with the best skimo athletes who wanted to honour this last day of the World Championships. They were divided in teams composed by four people each one.

From the very beginning it was Switzerland (Lietha, Steindl, Arnold, Marti) to command the race, while Italy (Canclini, Maguet, Boscacci, Antonioli) and France (Equy, Sevennec, Bon Mardion, Anselmet) were immediately behind it alternating to hold the second position. In the last portion of the track there has been another masterpiece of Robert Antonioli, who went to recover the first position with determination and authority just in the last metres of the part on foot. The Italian athlete started the descent in first position, behind him there were the Swiss Andreas Steindl, who fell down and lost a ski. Therefore Robert Antonioli has turned to check and, seeing the situation to his advantage, controlled the descent to avoid making mistakes in his turn. At the end Italy is the new World Champion for the Relay race of Senior Men, Steindl (SUI) crossed the finish line behind him and France has been in third place. Unfortunately, in the final fall, the Swiss athlete missed also a gate and so he took a penalty that put Switzerland back in fourth place, giving the bronze medal to Spain.

Concerning the medal collection of the ISMF 2019 World Championship, Switzerland won with 12 gold medals in front of Italy with 7 gold medals and France with 5 gold medals.

With the Relay race the 10th edition of the Ski Mountaineering World Championships officially closes and next weekend, on the slopes of Disentis (Switzerland), the World Cup will return with the penultimate competition.