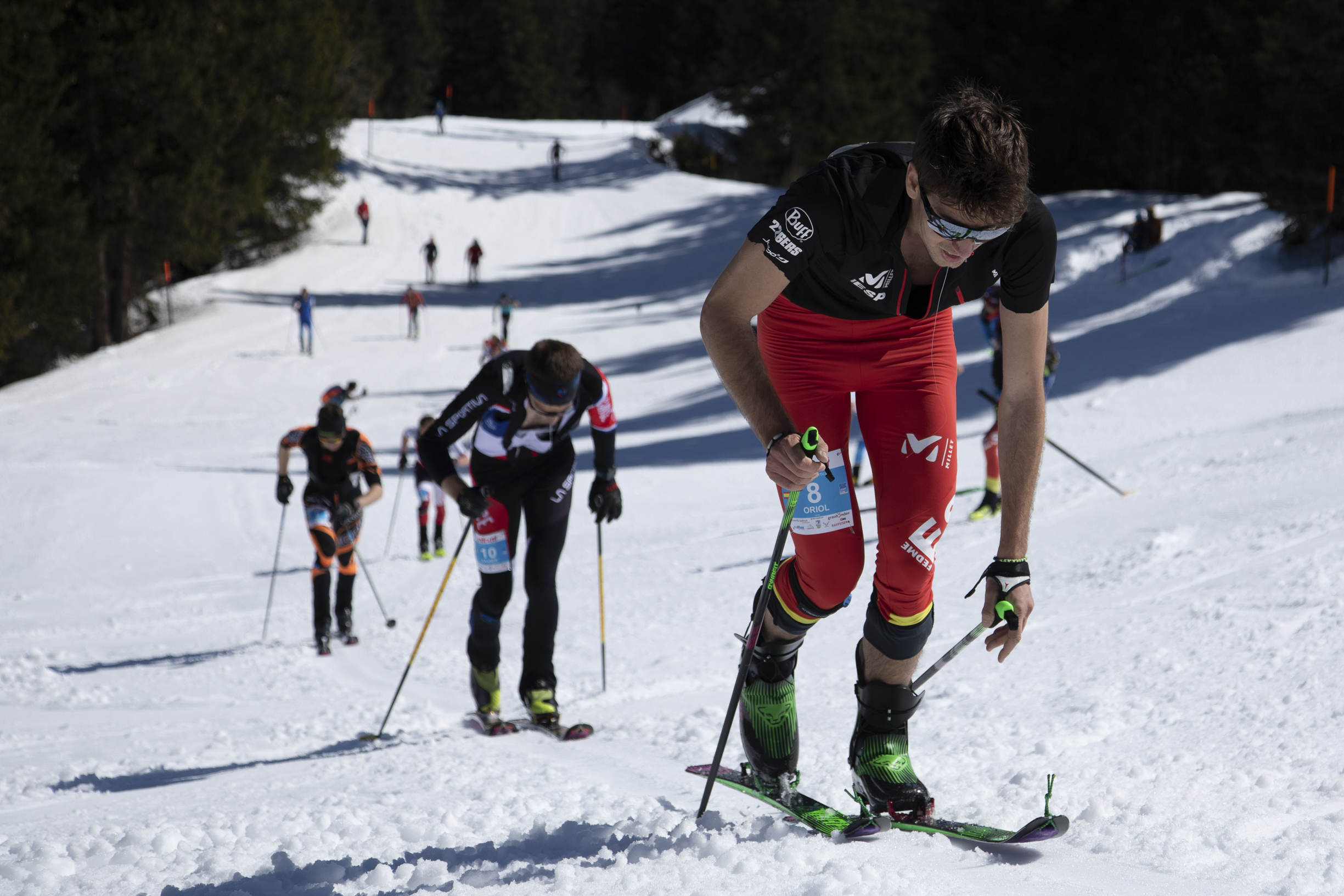 Lausanne, 24th March 2019 –The penultimate stage of the ISMF 2019 World Cup ended on Sunday morning with the Vertical race. The Senior Men started the competition at 10.10 with a positive difference in height of 676 metres, while the Senior Women and the Youth categories competed before them.

Concerning the Men, the Swiss World Champion Marti Werner took the lead of the group from the early stages. In the first part, the athlete asserted his cross-country skier skills by taking a reassuring advantage. Behind him there were the Italians Michele Boscacci and Davide Magnini.

In the last challenging walls of the track that led to the arrival near the mountain station of the Disentis cable car, Marti Werner turned around a couple of times to check the distance from his pursuers. Just when the track has become steeper, the Italian Davide Magnini overtook his teammate Michele Boscacci and reached the second position. At the end the Swiss Marti Werner crossed the finish line first with a time of 30’27”, while Davide Magnini (ITA) arrived in second position with 1’10” of disadvantage. The podium was completed by the Italian Michele Boscacci (30’46’’).

There was a challenge within the challenge for the overall ranking between the German Anton Palzer and the Italian Robert Antonioli, who arrived respectively fourth and fifth. The Women race was almost the photocopy of the men one with the Swiss Victoria Kreuzer who took the lead just after the start and kept it until the finish line.

The very strong athlete from Zermatt closed with a time of 36’29”, while behind her the French Axelle Gachet Mollaret (37’17”) and the Swedish Johanna Astrom (38’00”) got respectively the second and the third position on the podium. Alba De Silvestro (ITA) and Marianna Jagercikova (SVK) has arrived fourth and fifth. In the Youth race Sebastien Guichardaz (ITA) and Ekaterina Osichkina (RUS) won among Juniors, while in the Espoir category the Italians Davide Magnini and Giulia Murada were the leader of the competition..

Once the Swiss leg of Disentis has been set aside, the ISMF World Cup will return from 3 to 6 April 2019 in Madonna di Campiglio (Italy) for the finals.