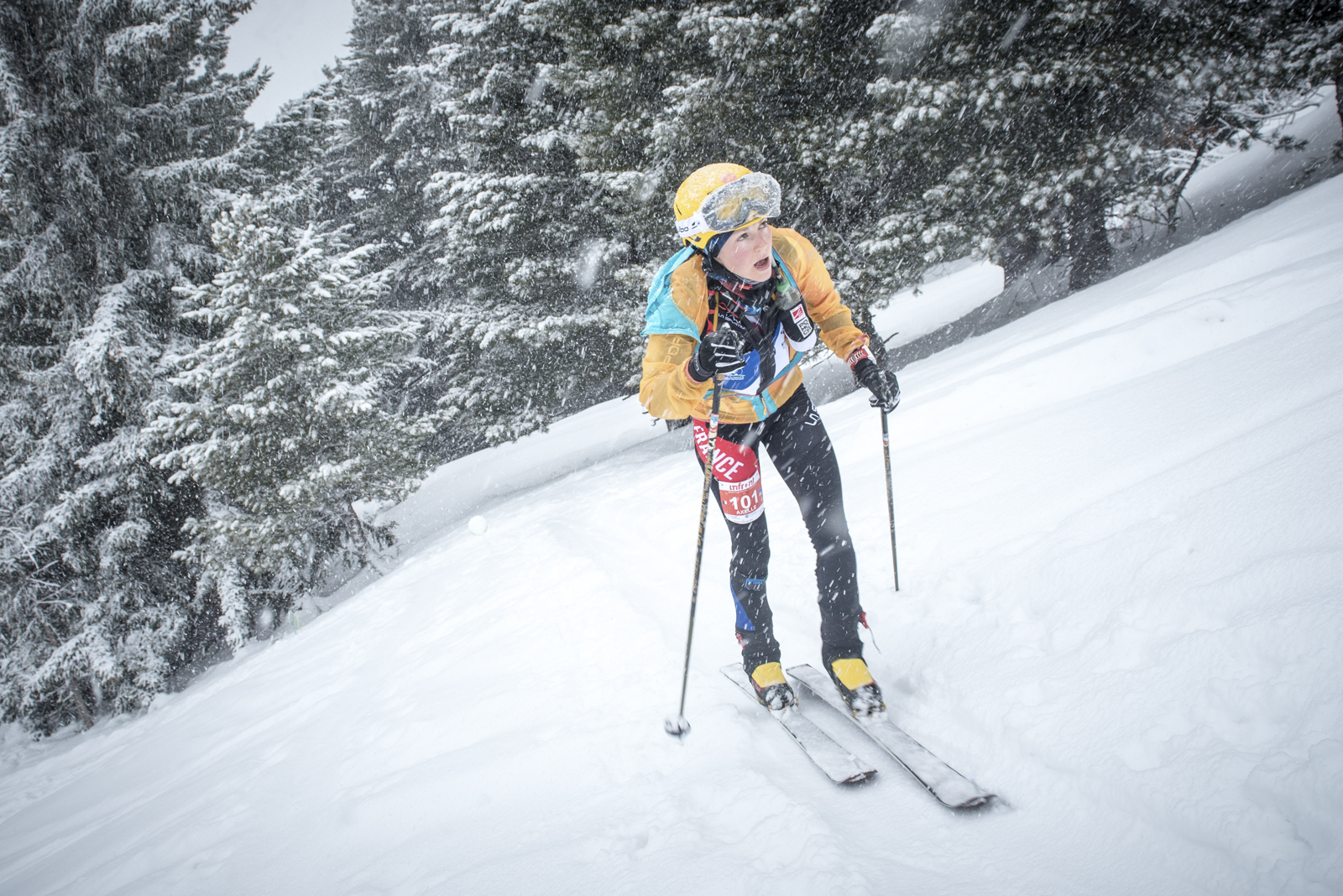 In the Individual race, Matteo Sostizzo and Samantha Bertolina won among Juniors, while Giulia Murada and Davide Magnini dominated in the Espoir category

Lausanne, 20th December 2019 – The best international skimo athletes have gathered at the French ski resort of Aussois for the opening of the new ISMF World Cup season. In this first weekend of competitions both an Individual as well as a Sprint race are scheduled.

The weather conditions forced the Local Organising Committee, in agreement with the ISMF referees, to review the track, which initially was planned at higher altitudes. Furthermore, due to strong winds, the top part of the course, to be faced on foot, was eliminated in order to ensure the safety of the athletes and the volunteers along the race course.

The start and finish area has been set up at the base of the Aussois ski facilities, only a few hundred metres away from the city centre.

The first categories of the Individual race started at 8.45 a.m. and took place on the ski slopes of the District of Aussois. The Seniors competed on a track consisting of 3 ascents and a part on foot amounting to a total height difference of 1790 metres.

Robert Antonioli (ITA) led the race, but he struggled a bit at the beginning, allowing his opponents to be very close to him in the first two uphill sections. But during the last ascent the Italian athlete has neared the top positions, demonstrating his downhill skier skills in the final descent by crossing the finish line in first position with a time of 1:27’15”. He was closely followed by Matteo Eydallin (ITA) and Werner Marti (SUI), while the Italians Davide Magnini and Damiano Lenzi respectively took the fourth and the fifth positions.

The Women‘s competition has been one-sided, since French Axelle Gachet Mollaret led the race from the early stages, while Swiss Marianne Fatton and Italians Giulia Murada and Alba De Silvestro were behind her, competing only for the lowest podium positions. The French competitor closed the first race of the 2019/2020 ISMF World Cup season with a time of 1:18’32’’, leaving Marianne Fatton in second and Giulia Murada in third position.

Yet another Italian, Matteo Sostizzo, was the winner among Juniors Men, chased by Austrian Paul Verbnjak and Swiss Aurélien Gay. Among the contemporary Women, Samantha Bertolina (ITA) dominated the race in front of Caroline Ulrich (SUI) and Grace Staberg (USA).

The track for the Junior Women category had a positive height difference of 910 metres split in three ascents, while the altitude difference for Junior Men and Senior Women was 1410 metres with four uphill sections.

With the first points of the ISMF World Cup awarded, tomorrow it is time for the spectacular Sprint race. 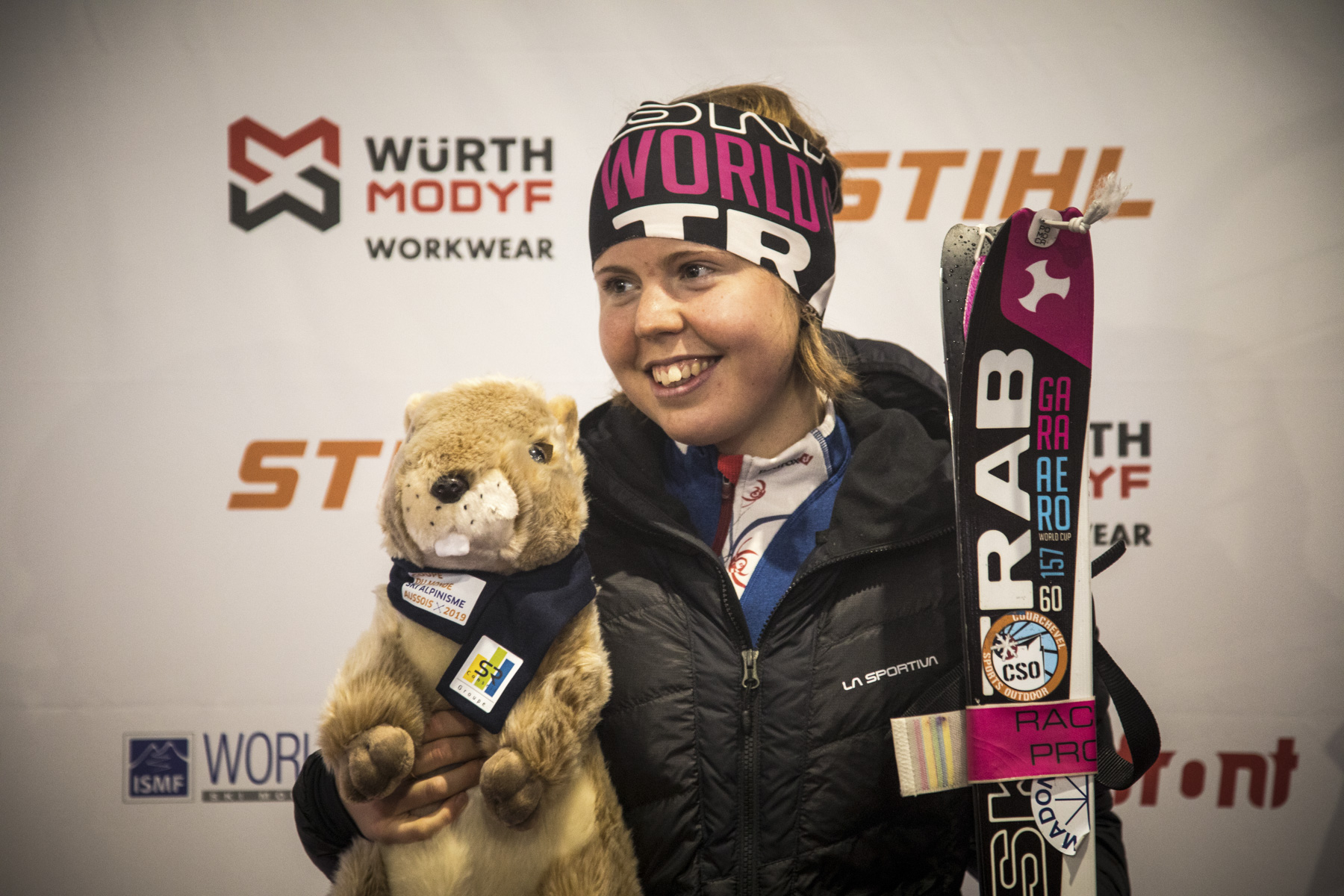 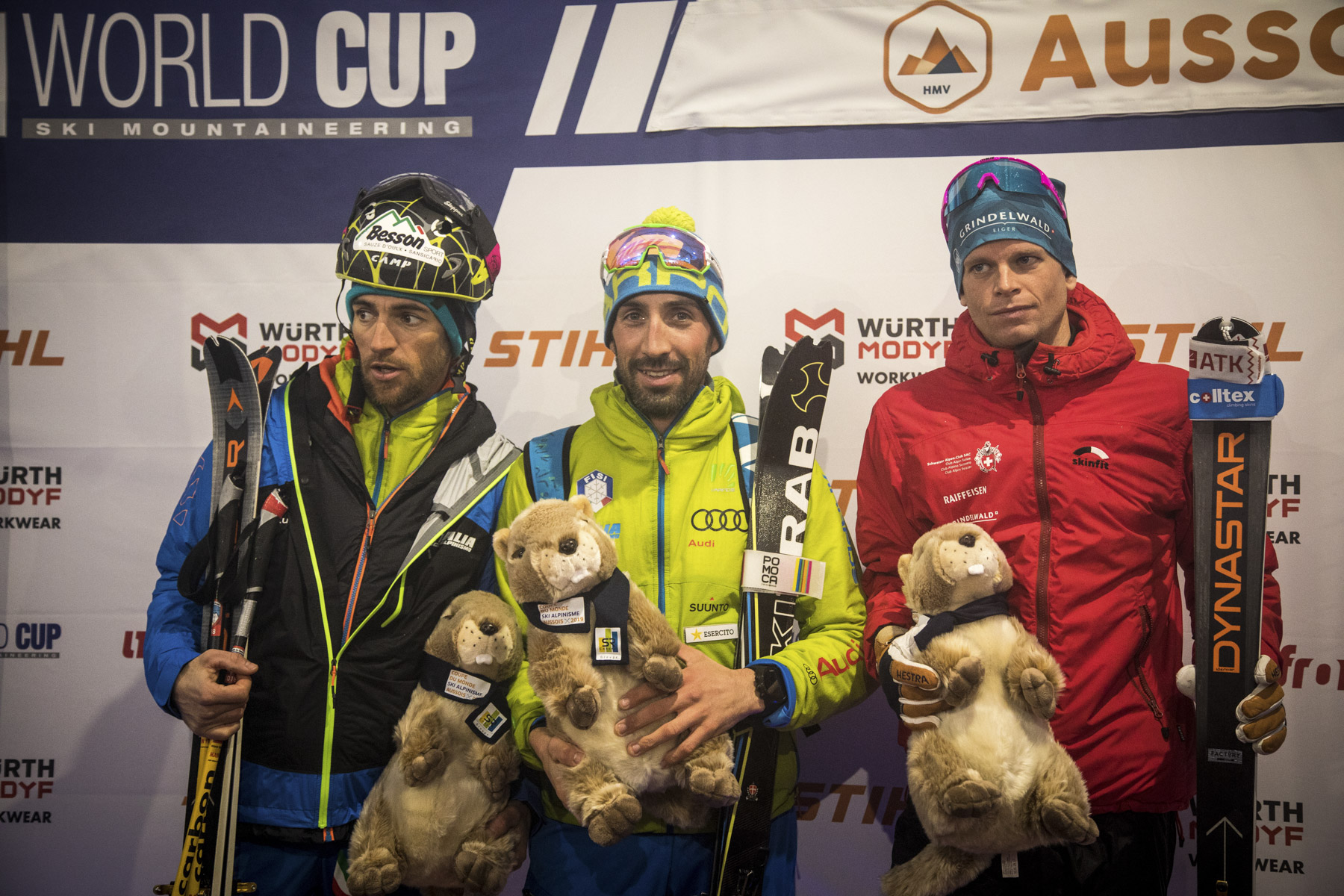 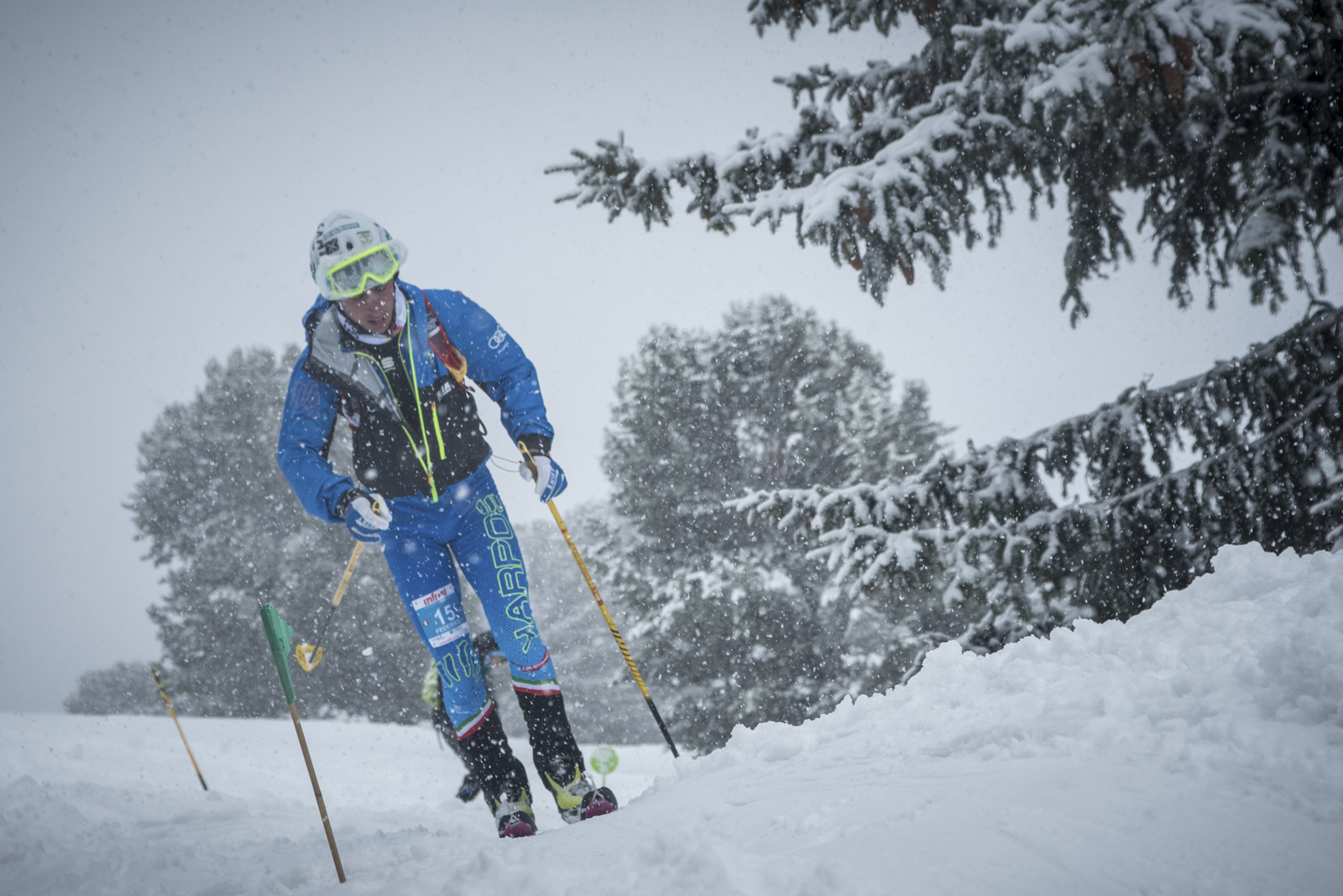 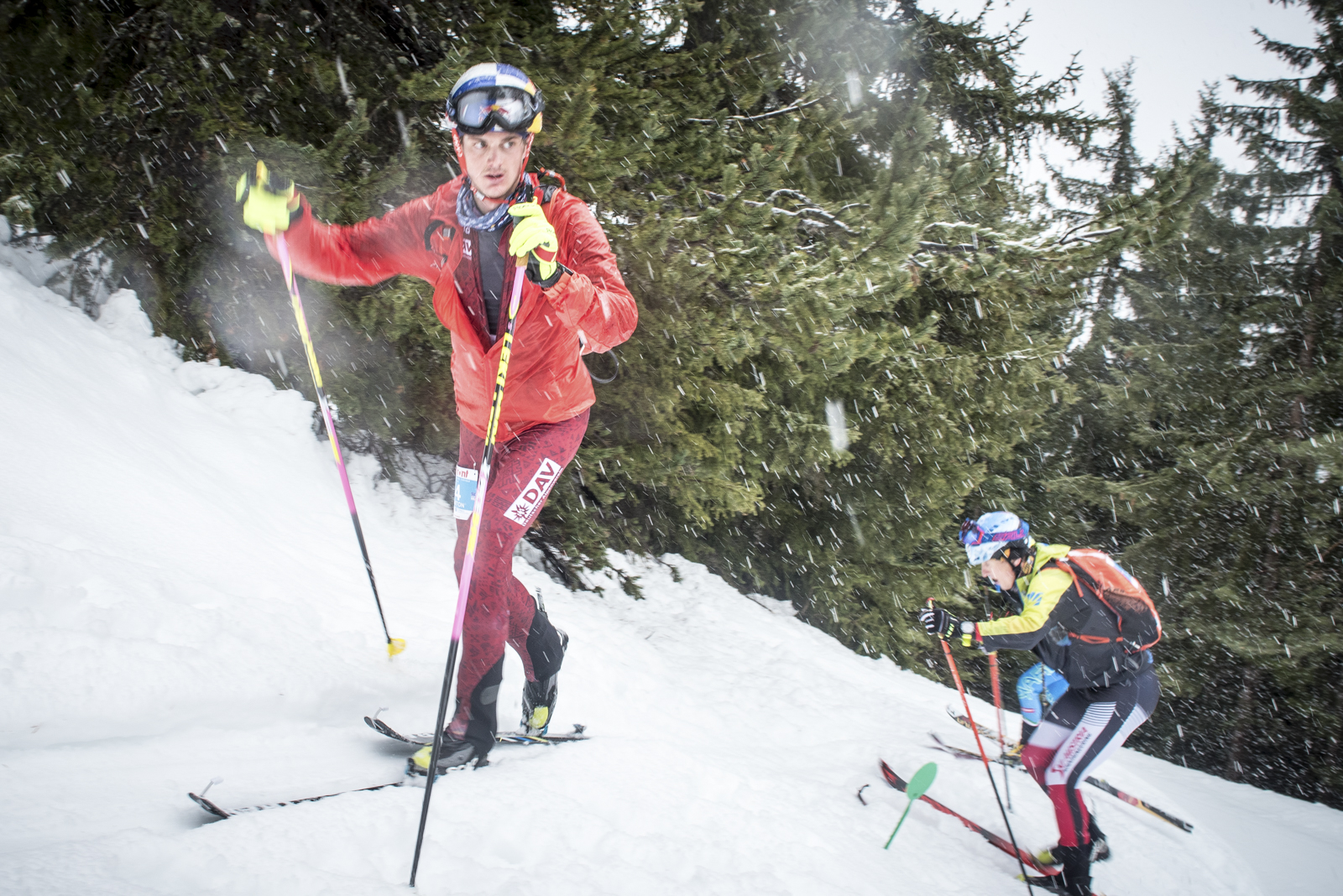 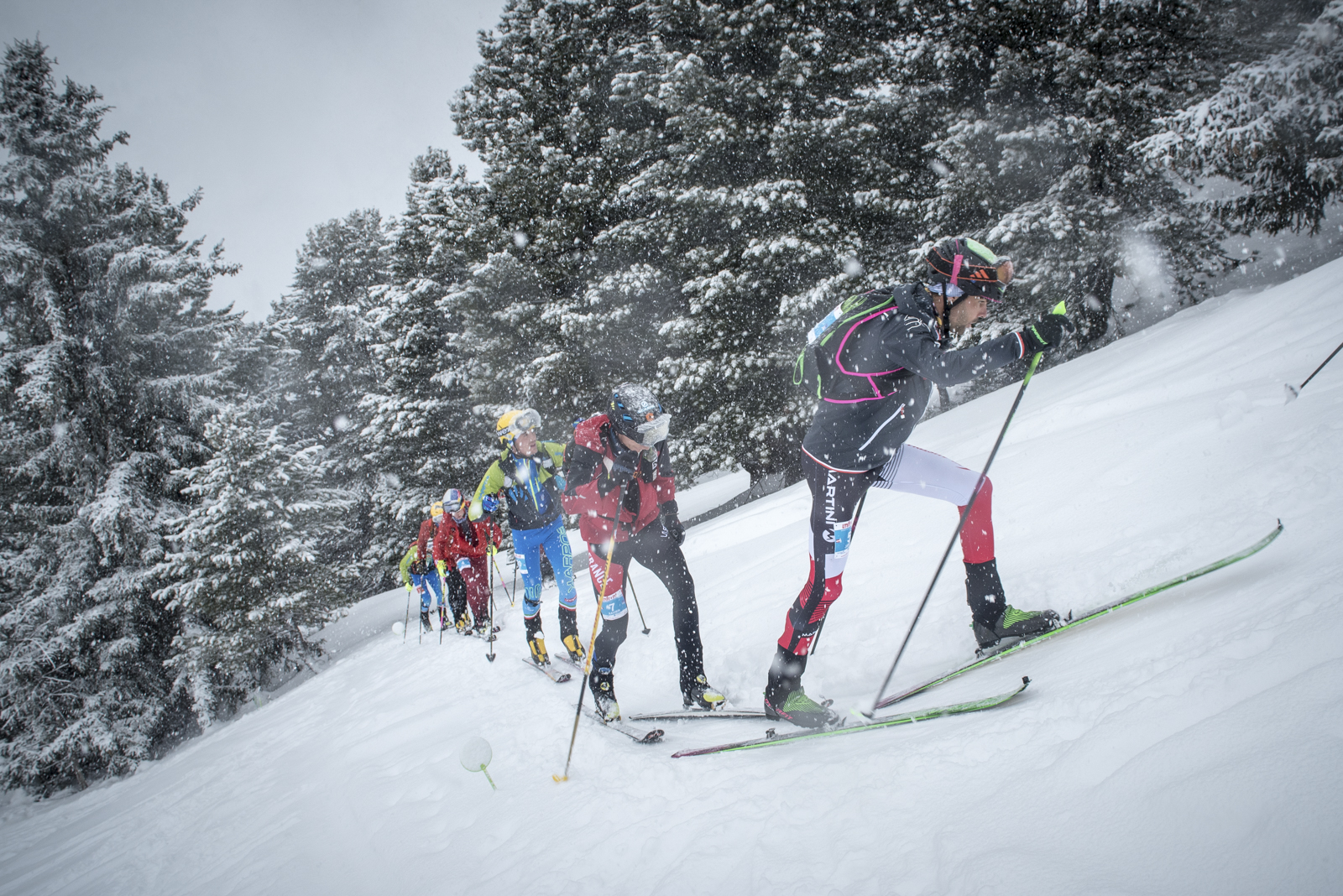