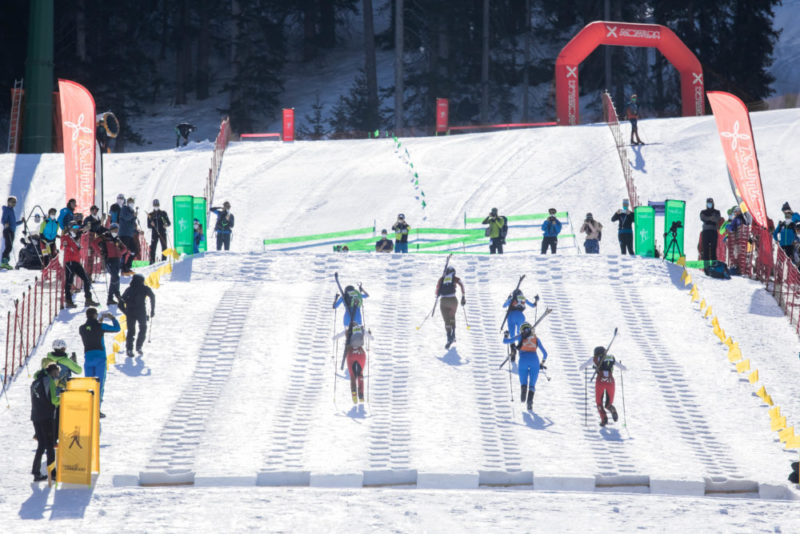 Lausanne/Mondovì, 30 September 2021 – Eurovision Sport has agreed a pioneering new joint venture with the International Ski Mountaineering Federation to screen, promote and commercialise the exciting, rising sport of ski mountaineering, as it heads towards inclusion in the Winter Olympic Games for the first time at the games in Milan-Cortina in 2026.

Under the new, five-year agreement, Eurovision Sport plans the production and live streaming of selected races at up to nine events per season, beginning with the forthcoming 2021-22 season. This will be backed by additional near-live content and background stories to help build awareness of the sport.

The events comprise: seven World Cups; one European Championships; and, potentially, one exhibition event. The 2021-22 calendar is made up of events in Italy, Switzerland, Andorra, Turkey, Spain and France, totalling 24 live-streamed competitions.

The agreement is divided into two parts:

For Eurovision Sport and EBU Members, the agreement represents another important step towards developing and exploiting Members’ huge digital strengths. Ski mountaineering will enrich the EBU’s live-streaming offer – providing fresh content for all the parties involved.

Meanwhile, the agreement illustrates Eurovision Sport’s ambition to take an innovative, digital-native approach towards up-and-coming sports. The cooperation model will embrace all channels and new audio/video consumption trends on a live and on-demand basis.

For ISMF, the agreement offers a huge increase in exposure for the sport on its journey towards Olympic inclusion, through EBU Members’ exploitation of the free-for-all live stream offering.

The fast-growing sport of ski mountaineering (‘skimo’ for short), with Europe as its heartland, comprises men’s and women’s team and individual disciplines, plus a mixed relay event, involving racing over a series of ascents and descents, either carrying or wearing skis, towards a downhill finish.

Ski mountaineering made its debut as a medal sport at the Winter Youth Olympic Games in Lausanne in 2020, and was accepted by the IOC as a new Winter Olympic sport, debuting at the Milan-Cortina games in 2026, during the IOC Session in Tokyo in July this year.

Glen Killane, Executive Director of Eurovision Sport, said: “We are delighted to reach agreement with ISMF. Eurovision Sport, together with its Members, will apply an innovative, digital-first approach to a fast-rising sport. The agreement also represents a golden opportunity for Eurovision Sport to drive forward its agenda for sustainability and gender equality through cross-promotion with a sport that is noted for these qualities.”

Thomas Kähr, the ISMF President, said: “We are convinced that the new partnership will allow us to take the media reach of our races to a significantly higher level. Eurovision Sport, with its international broadcasting and online network, will be able to offer efficient multimedia services in close co-operation with our marketing department. Our main partners, such as the local race organizers and our commercial partners as well as the skimo athletes, will benefit from the increased visibility on all relevant communication channels.”