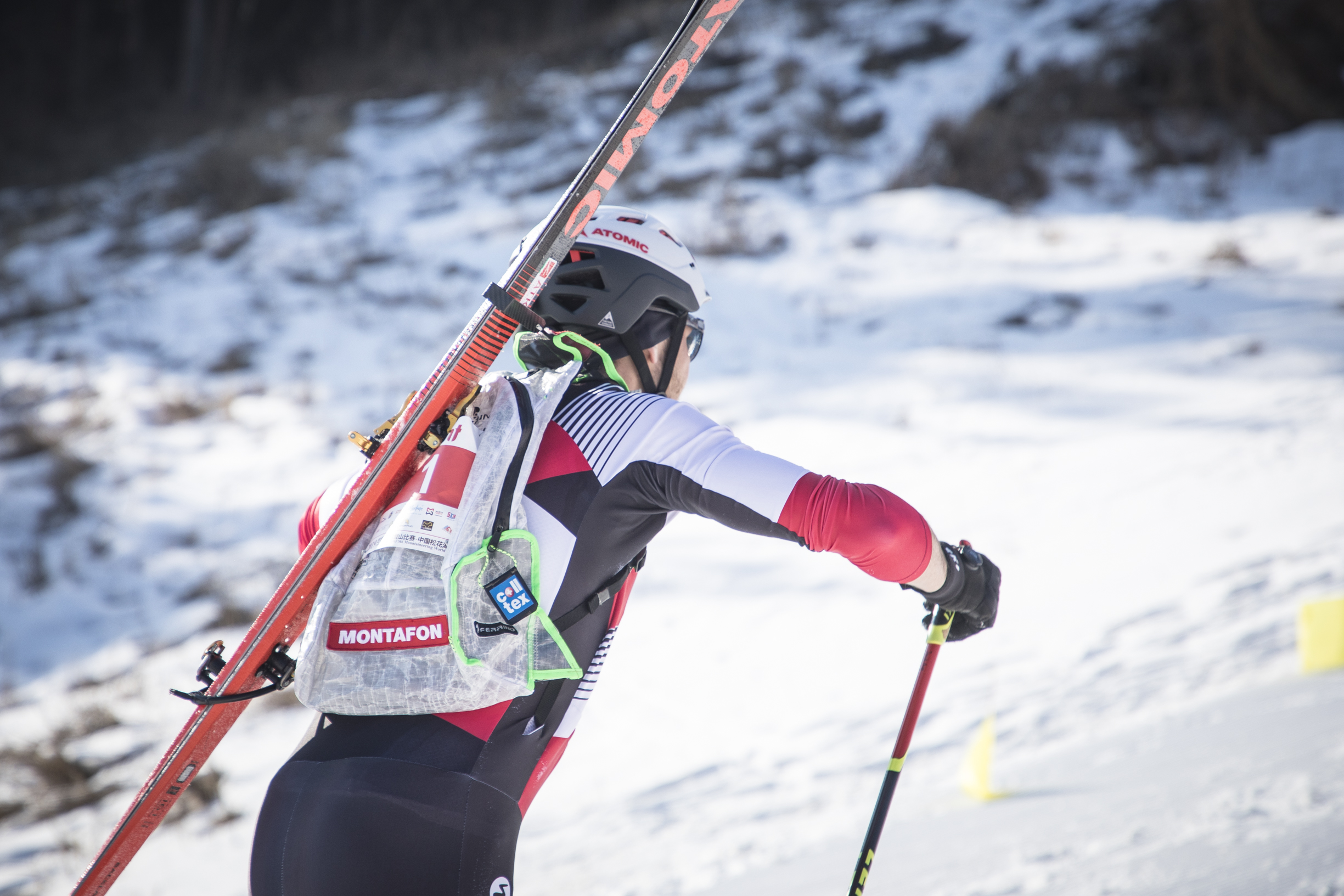 Lausanne, 22nd February 2019 – The last competition of the event of the ISMF World Cup in China took place on Friday morning on the snows of Lake Songhua Ski Resort. The athletes competed in a spectacular Sprint race.

After the qualifications and two semi-finals, the finals were carried out. On the starting line, among Men, there were Anton Palzer (GER), Daniel Zugg (AUT), Marc Pinsach Ribirola (ESP), Jakob Herrmann (AUT), Armin Höfl (AUT) and Norio Kodera (JPN), while, among Women, the Spanish Nahia Quincoces Altuna and the Russian Ekaterina Osichkina challenged the Chinese Na Zhang.

In the Senior Men category, after a start led by Anton Palzer, it was Daniel Zugg who took control of the race by stopping the time at 3h07’8” and he was followed by Anton Palzer, Marc Pinsach Rubirola, Jakob Herrmann and Armin Höfl.

Women have crowned as a winner once again the Russian athlete Ekaterina Osichkina, who competed in the Junior category. Instead, among Seniors, the Spanish Nahia Quincoces Altuna reached the first position of the podium and Na Zhang (CHN) the second one.

After the Chinese World Cup stage, there will be a weekend of rest and then, in the middle of March, the ISMF World Championship, which will be held in Villars-sur-Ollon (SUI).

Summing up this long away event in China, it is possible to affirm that the results were more than satisfying and the races were pleasant and exciting for the spectators on the spot. Moreover, the prefect Chinese hospitality, together with sumptuous ceremonies, the Local Organising Committee’s great collaboration and icing on the cake, a sunny weather and mild temperatures have made this World Cup event an excellent showcase for the ISMF and Ski mountaineering.

Despite the fact that the extra-Asian athletes were not very numerous, the participants in the competitions still achieved a good total number. The Local Organising Committee has fulfilled its expectations, especially since they have already put forward the propose of a new Ski mountaineering event for the next season.

We will see what the future holds for us!