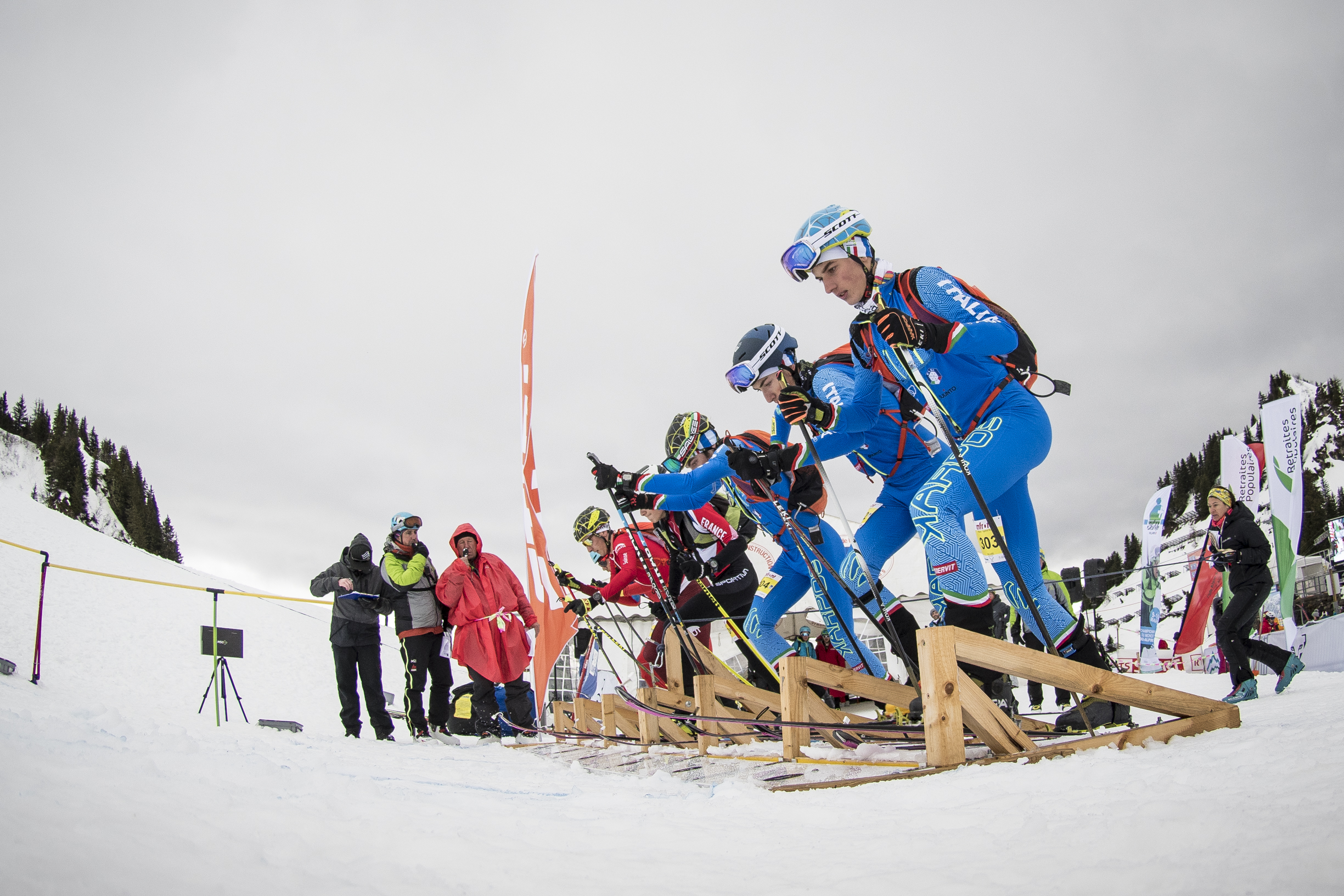 Lausanne, 10th March 2019 – Ski mountaineering World Championships, day one. After the opening ceremony, which attracted hundreds of people through the streets of Villars-sur-Ollon (Switzerland), this morning the turn was of the Sprint race. The first athletes who put the gold medal around the neck were the Swiss Arno Lietha, who was the winner among Seniors but also in the Espoir category, and the Spanish Claudia Galicia Cotrina.
In the race there were obviously the youngsters too, here to be crowned World Champions. Among Juniors the Italian Giovanni Rossi and the Russian Ekaterina Osichkina have perfectly opened the world week in the Canton of Vaud, while among Cadets Caroline Ulrich (SUI) and Robin Bussard (SUI) got the top stage of the podium. In the Espoir Women category the French Lena Bonnel won.
On the slopes of the Col de Bretaye the competitions has been very exciting. Ready, set, go with the qualifying races that gave the first surprises. A muscular track with a part on foot has immediately made a selection to decree the finalists. The choice of tracing the race right in front of the touristic accommodations, a few meters from the arrival of the upstream station of the rack railway of Villars was much appreciated by athletes, public and insiders. With a large audience, the competitions continued until the finals. Among Senior Women Claudia Galicia Cotrina (ESP), Marianna Jagercikova (SVK), Deborah Chiarello (SUI), Marta Garcia Farres (ESP), Lena Bonnel (FRA) and Marianne Fatton (SUI) were at the starting line. The new World Champion has led an exemplary competition assuming the command from the first seconds. Then the Slovak Marianna Jagercikiva (2° place) and the Swiss Deborah Chiarello (3° place) followed her.
The last competition of this long world day, characterised by a strong wind and some rainy downpours, was the race that awarded the world title in the Senior Men category.
In the final there were Arno Lietha (SUI), Iwan Arnold (SUI), Robert Antonioli (ITA), Oriol Cardona Coll (ESP), Hans-Inge Klette (NOR) and Nicolò Canclini (ITA). Arno Lietha went straight to the goal of the day, since from the early stages has put the turbo demonstrating to the opponents that taking away the gold medal would have been very difficult. Indeed the Swiss athlete won the world title in front of the compatriot Iwan Arnold and the Italian Robert Antolioni.
After the Sprint race, tomorrow that is the time of the Individual race for the Juniors and the Cadets. The athletes will have to face the same routes of next year at the Lausanne 2020 Youth Olympic Games. Except for last-minute changes due to the weather conditions, the Cadets will compete with a positive difference in height of 897 metres, while the Juniors of 1465 meters.