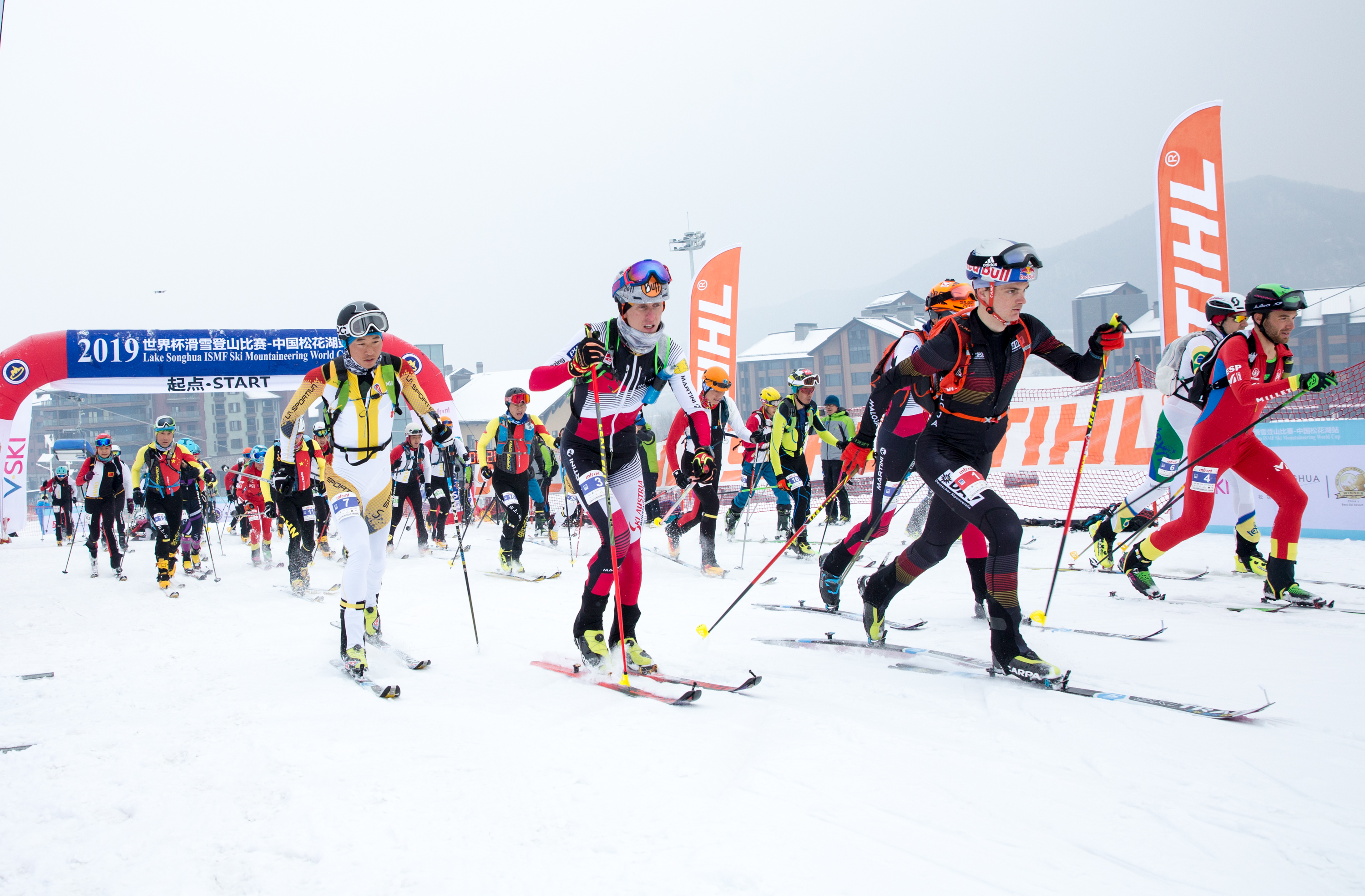 Lausanne, 20th February 2019 – The Chinese stage of Lake Songhua Ski Resort opened with the Individual race, the first competition of the three scheduled.

At 8:20 a.m., when it was late at night in Europe, the ISMF World Cup athletes started off to face six ascents and as many descents with a technical part on foot with a total positive difference in height of 1640 metres.

The rhythm of the racers in the first uphill was not so high. Anton Palzer (GER) tried to understand the fitness of his direct rivals by attempting to make some accelerations. At the end of the part on foot, placed at the top of the climb, the German already had a good margin over Jakob Herrmann (AUT). Shortly after the Austrian, the Spanish Marc Pinsach Rubirola was coming.

Among Women, as predicted, it was the Spanish Nahia Quincoces Altuna to be at the lead of the race. For her the total difference in altitude was of 1460 metres.

Coming back to the Men’s competition, Anton Palzer continued his approach to the victory without making mistakes and trying as much as possible to control the possible returns of his opponents.

The German, after the last brief ascent, crossed the line with a time of 1h14’35” and behind him Jakob Herrmann arrived with 1’23” of delay. At the end Marc Pinsach Rubirola confirmed the third position by stopping time at 1h20’40”.

In the Junior category, the performance of the Russian Ekaterina Osichkina has to be highlighted as always. Indeed she won the race with the time of 46’01”. Among Men, the Chinese Jiahui Li has been the leader of the competition.

Tomorrow the ISMF World Cup will return to the track with the Vertical race, starting at 9:30 a.m. (Beijing time).