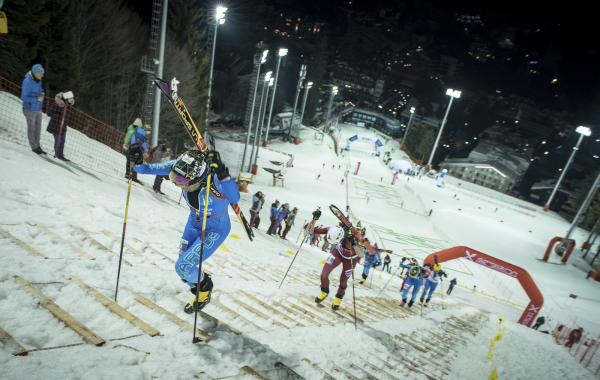 The ISMF reminds you that the sixth and last episode of the Magazine realised in the past season for each World Cup and European Championships event of the International Federation is online.

This time the flashback concerns the event held in Madonna di Campiglio (Italy) and in this way it is possible to relive the best moments of its competitions, preparing for the upcoming season stages.

As in the last season, also this year the final stage of the ISMF Wold Cup will take place in Madonna di Campiglio, but with the novelty of three races instead of two, as in the previous edition. On this occasion, the Overall World Cup champion will be awarded, for the Junior, Espoir and Senior categories and also the Specialty Cups for Sprint, Vertical and Individual specialties.

The six episodes were realised by Infront Sports & Media Agency and were published every Friday until end of December 2018.

This is the last episode of the flashbacks on the last season and therefore the ISMF kindly invites the users to subscribe the dedicated channel in order to not to lose the exclusive content on the next season starting from the World Cup event in Bischofshofen.

Watch the last episode about the ISMF World Cup in Madonna di Campiglio.