Lausanne, 22nd February 2018 – It was quite warm this morning in Piano Provenzana and weather conditions seemed to be stable. The Sprint race started with the cadet and junior categories. There were only few wind gusts, but the competitions were held regularly.

It’s the Italian Samantha Bertolina the winner of the Cadet women’s race. The second position went to Caroline Ulrich (SUI) while Madeleine Paillard (FRA) rounded out the podium in third position

The extremely rapid worsen of weather conditions forced the Local Organising Committee and ISMF staff to stop the race just after the first Senior categories quarter final. The wind blew at 110km/h on the pistes and no one could guarantee safety conditions until the end of the race.

So that after the first quarterfinal, in which the favourite was Michele Boscacci (ITA), the Jury in accordance with all athletes, decided to stop the race. «Weather conditions were too extreme – declared the ISMF General Manager Roberto Cavallo – We waited to see if the situation got better, but after the first quarterfinal we saw that it was too dangerous to go on. This afternoon during the briefing we will inform National teams about races’ retrieval». 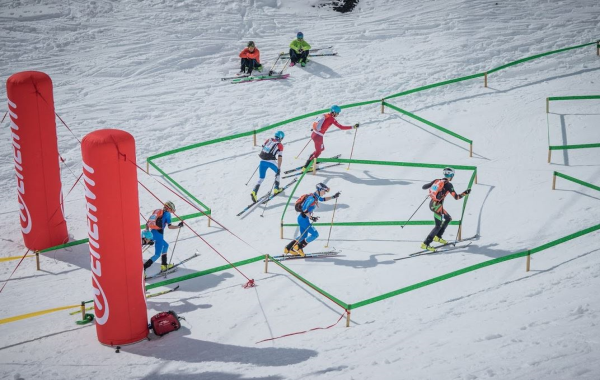